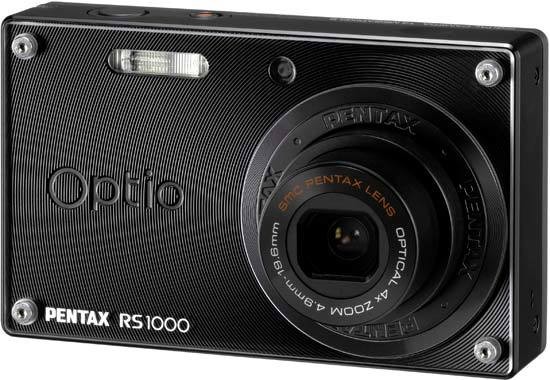 All of the sample images in this Review were taken using the 14 megapixel JPEG setting, which gives an average image size of around 2.5Mb.

The RS1000 inevitably works best as a general-purpose rather than subject specific snapper. That said, with its lens starting at a wider-than-most 27.7mm equivalent in 35mm terms, the camera proved to be an able tool for shooting landscapes where the RS100's warm colour tones were to the benefit of greens in the foreground and blues in the background. Fortunately then with plenty of available daylight JPEGs straight from the camera revealed themselves as well exposed in being able to retain both shadow and highlight detail within the same frame, well saturated, and moreover crisper in terms of focus than expected given the bargain bucket price tag.

As we mentioned in the main body of the review, though getting up close to a subject at maximum wideangle setting does introduce a fisheye effect, at least on the camera's screen, this is much more subtle when the images are downloaded and examined - as shown by our brick wall samples - so the screen itself can be misleading at times.

It's worth noting that if opting to shoot above ISO 1600 (the camera offers up to ISO 6400), resolution automatically drops to five megapixels to limit the gritty appearance of image noise/grain. Even so, noise becomes progressively more pronounced from ISO 800 inclusive and upwards, which is pretty much expected of a £100 camera.

So in summation, a slightly better image performance than we expected for the price, which is the kind of result we're always looking for.

There are 7 ISO settings available on the Pentax Optio RS1000. The resolution is automatically reduced to 5 megapixels for ISO 3200 and 6400. Here are some 100% crops which show the noise levels for each ISO setting.

The Pentax Optio RS1000 handled chromatic aberrations very well during the review, with just a little purple fringing present around the edges of objects in high-contrast situations, as shown in the example below.

The Pentax Optio RS1000 has a Super Macro mode that allows you to focus on a subject that is 8cms away from the camera. The first image shows how close you can get to the subject (in this case a compact flash card). The second image is a 100% crop.

The flash settings on the Pentax Optio RS1000 are Flash-on, Flash-off, Red-eye reduction, and Soft Flash. These shots of a white coloured wall were taken at a distance of 1.5m.

The Pentax Optio RS1000's maximum shutter speed is 4 seconds in the Night Scene mode, which is not very good news if you're seriously interested in night photography. The shot below was taken using a shutter speed of 0.6 second at ISO 800.