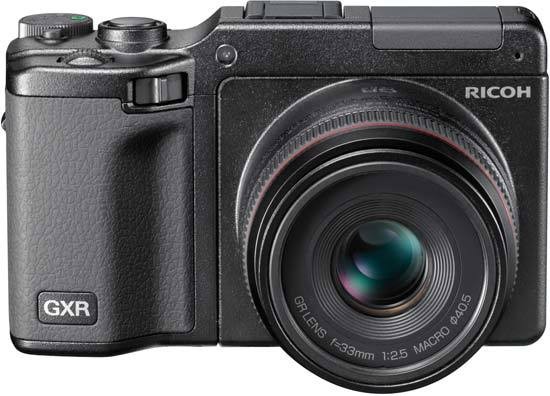 The Ricoh GXR is a remarkably mature first-generation product in an intriguing new photographic system, with excellent handling and image quality that will instantly appeal to all photographers who want to take pictures first and talk about gear second. The initial offering of interchangeable camera units is a little puzzling, though, and certainly won't suit everyone - achieving the "right" combination of sensor and lens is crucial to the GXR's future success.

Ricoh have hit the nail firmly on the head with the design of the GXR body, building on the proven handling of their well-regarded compact camera range. The highest compliment that I can pay the GXR is that after a week of solid use, changing camera units had quickly become second nature, and the novelty of this completely new system had worn off to be replaced by one of the most intuitive and photographer-friendly cameras that I've ever used. The ability to make an almost limitless number of customisations to the GXR's handling makes it easy to tailor the camera to your specific needs, although it's well thought-out even on the default settings.

As mentioned above, the two camera units are less satisfactory. The S10 is the natural choice for most users, but this uses the same tiny image sensor that Ricoh's compacts use, and it employs a zoom lever on the rear of the camera rather than a more intuitive zoom ring on the lens barrel. Although it delivers very good image quality up to ISO 800, employing such a small sensor in such a comparatively "large" camera seems like a wasted opportunity.

The APS-C DSLR sensor in the A12 unit is much more like it, with superb image quality up to ISO 1600 and fantastic bokeh at wide-open apertures, but the 50mm focal length and slow auto-focus performance limit its overall appeal. Combining the sensor and lens may achieve better images and avoid dust, but it only makes sense if your vision matches Ricoh's, something that the first two camera units don't quite get right. It remains to be seen if Ricoh will release a unit with a standard zoom and a large sensor - I certainly hope that they do, and quickly.

The other fly in the ointment is the eye-watering price. Body-only at £419/€459/$550 isn't too bad, certainly comparable to the similar Panasonic GF1, but adding the A12 unit with its tiny sensor costs a whopping £330/€370/$440. Another £600/€670/$550 for the A12 is not bad for a dedicated macro lens, but not good if you're only looking at it as a standard zoom. Once again the success of the GXR system rests almost entirely on the camera units and how they're perceived by photographers - only time will tell.

The Ricoh GXR is one of the most photographer-friendly cameras that we've ever reviewed, with near-faultless handling, hence our Highly Recommended rating, but you really do need to ensure that the camera units match your personal vision before making the substantial investment required.