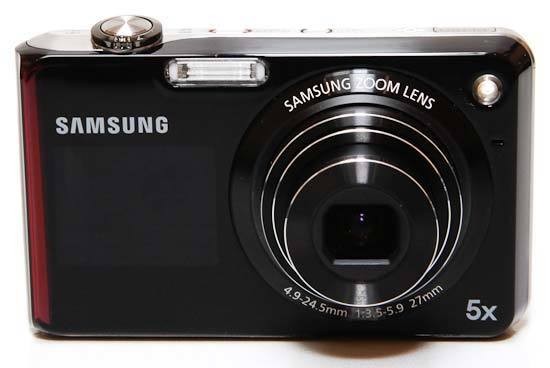 The Samsung PL150 brings the clever DualView technology from last year's first generation cameras to a much wider audience thanks to its very competitive price, although image quality isn't such a strong point thanks to unwanted noise at relatively slow ISO speeds.

The combination of the clever self-portrait LCD, large 3 inch screen on the rear and multitude of hand-holding technologies makes the PL150 ideally suited for use by all members of the family. Even better, you can now use the PL150's front LCD for video as well as still images. In ideal shooting conditions the PL150 impresses with its vivid, colour-rich imagery, with the caveat that this can veer towards looking slightly unrealistic on occasion. In low-light things aren't quite so rosy, with noise appearing at ISO 200 and becoming progressively worse as you move up the range, making this a camera best suited to sunny days.

The best thing about the Samsung PL150 is its price. Offering an improved version of the unique DualView technology in a camera that officially retails for £179.99 / $229.99 compares very well to last year's £299.99 / $349.99 ST550 camera, and also to the vast number of other compacts at this price-point. Even ignoring the secondary screen, the PL150 is still a well-appointed and stylish camera, making it worthy of our Highly Recommended award.