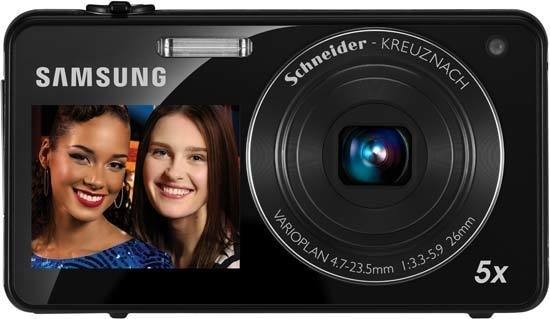 All of the sample images in this Review were taken using the 16 megapixel SuperFine JPEG setting, which gives an average image size of around 4Mb.

While images at maximum wideangle display a loss of sharpness towards the corners and familiar compact camera bugbears such as pixel fringing between areas of high contrast rear their heads, perhaps the most disappointing thing when it comes to image quality is the softness of photos when shooting towards the telephoto end of the range. Detail simply looks washed out and indistinct, which is a shame, as the PL170 is very easy to use and would otherwise be an ideal suggestion for someone's first digital camera. Close up shots tend to work best, where there is less for the camera to have to work with, and less to befuddle the metering system.

On a more positive note colours are vibrant and flattering as a default, although highlight detail does suffer in bright sunlight and thus we again lose definition. By contrast and like its sibling in the SH100, with all those pixels crammed onto a small-ish sensor the PL170 is no star performer when it comes to switching off the flash and shooting in low light either. Above ISO200 we're getting noise in the shadow areas, with in our opinion ISO400 being as high as you'll want to go if you desire to avoid a mottled appearance to the image. Although ISO800 is usable at a push, avoid ISO1600 and ISO3200 entirely. At ISO1600 too, colour is noticeably draining from the image and this gets more pronounced at ISO3200, the shot looking so soft it's as if it's being viewing through a net curtain.

So, while the Samsung performs its best under blue skies with lots of light around, such conditions give rise to loss of highlight detail and purple pixel fringing. Conversely, if shooting indoors in lower light, noise is a definite issue. Overall then, while shots from the PL170 aren't exactly terrible, there are far better performers out there for a similar price - if, that is, the possible advantages of the dual screen set up isn't crucial (or rather helpful) to your personal needs.

There are 7 ISO settings available on the Samsung PL170. Here are some 100% crops which show the noise levels for each ISO setting.

The Samsung PL170 handled chromatic aberrations fairly well during the review, with some purple fringing present around the edges of objects in certain high-contrast situations, as shown in the examples below.

The Samsung PL170 offers a Macro setting that allows you to focus on a subject that is 5cms away from the camera when the lens is set to wide-angle. The first image shows how close you can get to the subject (in this case a compact flash card). The second image is a 100% crop.

The flash settings on the Samsung PL170 are Auto, Auto & Red-eye reduction, Fill-in flash, Slow sync, Flash off, and Red eye fix. These shots of a white coloured wall were taken at a distance of 1.5m.

The Samsung PL170's maximum shutter speed is 8 seconds in the Night scene mode, which is good news if you're seriously interested in night photography. The shot below was taken using a shutter speed of 6 seconds at ISO 80.