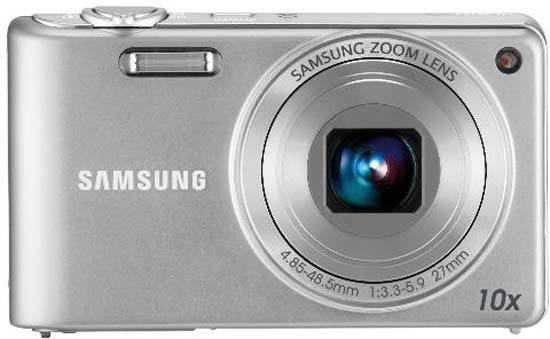 All of the sample images in this Review were taken using the 14 megapixel SuperFine JPEG setting, which gives an average image size of around 6Mb.

Noise performance is varied on the Samsung PL210. There are 7 steps available from ISO 80 to ISO 3200. At the 2 lowest settings, there's little to no noise showing but unfortunately, that starts to change at ISO 200 where there's a slight drop in image sharpness and mild salt and pepper noise starts to creep in.

At ISO 400 coloured noise begins to appear in shadow areas but the overall picture retains its natural colour. That all changes at ISO800 as noise reduction starts to fail and pictures get a cool cast as purple colour takes over most of the frame.

By ISO 1600, edge definition starts to degrade and noise reduction tries damage control by smoothing out the image. The final setting is high in noise and low in image definition.

We don't like to see noise on pictures at all, so even the smallest amount is annoying to us. However, for everyday use the noise performance is good enough. We think for happy snappy pictures the sensitivity settings up to and including ISO 400 will be sufficient. Most people try to avoid flash to retain natural colours but unless you're really close, the flash on the camera gives natural looking light which means you can avoid raising the ISO.

The Samsung PL210's 10x zoom lens offers a versatile focal range, as illustrated by these examples:

We're happy with the sharpness of the pictures straight from the Samsung PL210, but as you can see in our sample pictures, small writing is defined better when employing a little boost from Adobe Photoshop.

We tried multiple times to get some chromatic aberration (CA) to register on the pictures but we had some real trouble. We found a very mild amount of it on very high contrast images but in everyday cases, pictures were ok.

Macro pictures are good on the Samsung PL210. The camera can focus close enough at 5cm and although there is a degree of barrel distortion, it's not too excessive. Centre of frame sharpness is exemplary with edge of frame definition blurring out.

There are 6 flash modes on the Samsung PL210 with 2 of them dedicated to red eye reduction. The first is a simple red-eye reduction preflash but the second is an actual red-eye fix that uses software to black out pupils that are suffering from red-eye.

However, we found that red-eye isn't a problem for the PL210 anyway. Saying that it could be worth using it to better safe rather than sorry. Bear in mind that if you decide to use the flash, it takes a long time to recycle the charge and the camera freezes while it does it.

The night scene is an intriguing feature on the Samsung digital compact cameras. Preset modes are generally designed to do everything for you and it will do but there's also the chance to over-ride the aperture and shutter speed. It's not the most versatile that we've seen but to have this level of control on a camera at this level and price point is very good. The quality of the night scene pictures is actually pretty good. ISO and white-balance are set automatically and there's no option to over-ride these, however the camera chose a low sensitivity of ISO 80 to achieve a long exposure with low noise. There's a small amount of noise in the dark areas but this will be generated from neighbouring heated pixels because of that long exposure. There's lots of detail and although a little warm, the white balance is also a good performance.