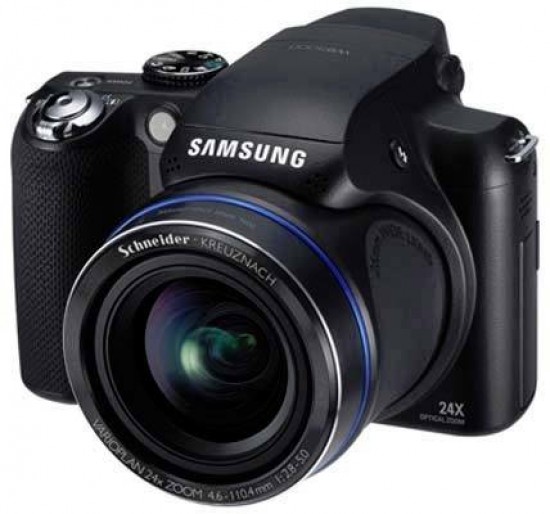 The Samsung WB5000 produced images of average quality during the review period. Noise is by far the main problem, being obvious at the relatively slow speed of ISO 100 and then becoming progressively worse at the faster settings of 200 and 400. By ISO 800 the images have become almost unusable, and it's best just to diregard the 1600-6400 settings completely.

Chromatic aberrations were quite well controlled, with some purple fringing effects appearing in high contrast situations. The 12 megapixel images were a little soft straight out of the camera and ideally require some further sharpening in an application like Adobe Photoshop, or you can increase the in-camera sharpening level.

Macro performance is a standout highlight, allowing you to focus as close as 1cm away from the subject. Barrel distortion at the 26mm wide-angle focal length is obvious in our white wall test shots, although there is a Distortion menu option which partially removes this unwanted effect. The built-in flash worked well indoors, with no red-eye and good overall exposure.

Anti-shake works very well when hand-holding the WB5000 in low-light conditions or when using the telephoto end of that huge zoom range. The maximum shutter speed of 30 seconds easily allows the camera to capture enough light for most after-dark situations.

The Samsung WB5000 allows you to record RAW files, but it takes around 10 seconds to write a single image to the memory card, and it automatically limits the ISO range to 64-400.

There are 8 ISO settings available on the Samsung WB5000 for JPEG files, and 4 ISO settings for RAW files. ISO 3200 and 6400 are only available at lower resolutions (5 and 3 megapixels respectively). Here are some 100% crops which show the noise levels for each ISO setting.

The Samsung WB5000 has 3 different JPEG image quality settings available, with Fine being the highest quality option. Here are some 100% crops which show the quality of the various options, with the file size shown in brackets.

The Samsung WB5000 handled chromatic aberrations fairly well during the review, with some purple fringing present around the edges of objects in high-contrast situations, as shown in the examples below.

The Samsung WB5000 offers a Super Macro setting that allows you to focus on a subject that is just 1cm away from the camera when the lens is set to wide-angle. The first image shows how close you can get to the subject (in this case a compact flash card). The second image is a 100% crop.

The flash settings on the Samsung WB5000 are Auto, Auto & Red-eye reduction, Fill-in flash, Slow sync, Flash off, Red eye fix. These shots of a white coloured wall were taken at a distance of 1.5m.

And here are some portrait shots. As you can see, neither the Auto or the Red eye fix settings caused any red-eye.

The Samsung WB5000's maximum shutter speed is 30 seconds in the Manual and Shutter Priority modes, which is great news if you're seriously interested in night photography. The shot below was taken using a shutter speed of 16 seconds at ISO 64.