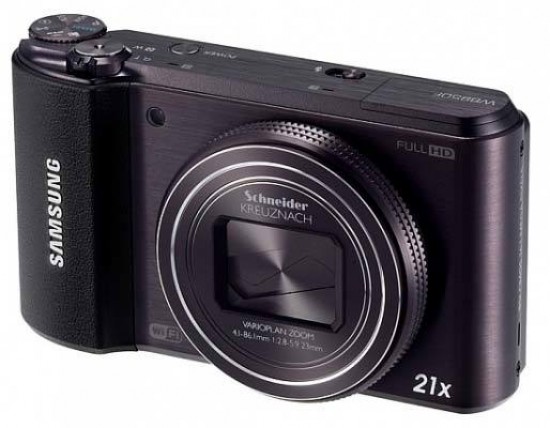 All of the sample images in this Review were taken using the 16 megapixel SuperFine JPEG setting, which gives an average image size of around 5Mb.

The Samsung WB850F's 16.2 effective megapixel images for the most part require little if any alteration straight out of the camera; colours are warm and performance is reasonably consistent. If we're being picky they're lacking the finely processed punch and detail that Sony's competing HX20V delivers in a head to head comparison though. And, if we wanted to tweak anything, it would be to apply Photoshop's unsharp mask to the soft results more often than not delivered when handholding the camera at a lens setting toward the telephoto end of the zoom.

By contrast at maximum 23mm equivalent ultra wide angle on the WB850F, there is some obvious barrel distortion and a slight fisheye effect, but the extra scope does come in handy when sightseeing and taking crowd/group shots in being able to shoehorn more of your subject into frame than would otherwise be achievable.

In terms of the WB850F's low light performance, the available ISO light sensitivity selection here runs from ISO100 to ISO3200, which is fairly modest in an age when rivals are offering ISO12800. Up to ISO800 noise isn't really a problem, but at ISO1600 we're seeing a very fine grain across the image without having to enlarge shadow areas to notice it. It is very fine though, so we'd argue ISO1600 is still usable. At ISO3200 the image is looking more noticeably speckled across the entire frame, and, whilst far from the worst example we've seen, you'd probably want to steer clear unless pushed.

Overall the Samsung WB850F delivers a perfectly respectable performance for what is basically a point and shot camera with a physically small sensor and lens. Most casual users will therefore be more than pleased with the results. Those however who have tried Sony's HX20V, may be less enthusiastic if it's a straight toss up.

There are 6 ISO settings available on the Samsung WB850F. Here are some 100% crops which show the noise levels for each ISO setting:

The Samsung WB850F handled chromatic aberrations well during the review, with limited purple fringing mainly present around the edges of objects in high-contrast situations, as shown in the examples below.

The Samsung WB850F offers a Macro setting that allows you to focus on a subject that is 5cms away from the camera when the lens is set to wide-angle. The first image shows how close you can get to the subject (in this case a compact flash card). The second image is a 100% crop.

The Samsung WB850F's maximum shutter speed is 16 seconds in the Night Scene mode, which is good news if you're seriously interested in night photography. The shot below was taken using a shutter speed of 16 seconds at ISO 100.