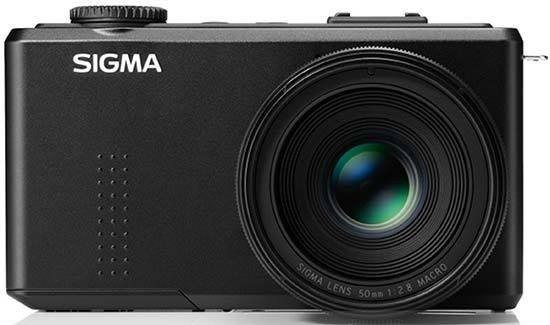 All of the sample images in this review were taken using the 46 megapixel Fine JPEG setting, which gives an average image size of around 8Mb.

The Sigma DP3 Merrill's image quality is outstanding when shooting in the RAW format, with great results from ISO 100-1600. Curiously the quality drops off noticeably when shooting JPEGs, with only ISO 100-400 worth using thanks to a lot of noise and colour desaturaion at the higher ISOs, so our advice would be to always use the DP3 Merrill's RAW mode if possible (despite the so-so Sigma Photo pro software and the huge 50Mb file sizes).

The Sigma DP3 Merrill dealt with chromatic aberrations so well that we struggled to find a single example from the hundreds of frames that we shot. The images were just a little soft straight out of the camera at the default sharpening setting, but you can increase the level in-camera, or use Adobe Photoshop later. The night photograph was very good, with the maximum shutter speed of 15 seconds allowing you to capture enough light for the majority of after-dark situations.

Macro performance was the only fly in the ointment, allowing you to focus as close as 22.6cms away from the subject, which means that you'll need to buy the DP3 Merrill lens hood and then fit a third-party close-up macro filter if you want to get really close to your subject.

There are 7 ISO settings available on the Sigma DP3 Merrill for both JPEGs and RAW files. Here are some 100% crops which show the noise levels for each ISO setting, with JPEG on the left and RAW on the right:

The Sigma DP3 Merrill has 3 different JPEG image quality settings available, with Fine being the highest quality option. Here are some 100% crops which show the quality of the various options, with the file size shown in brackets.

The Sigma DP3 Merrill offers a dedicated Macro setting with a maximum magnification ratio of 1:3. The closest distance that you can focus on a subject is 22.6cms away from the camera. The first image shows how close you can get to the subject (in this case a compact flash card). The second image is a 100% crop.

The Sigma DP3 Merrill's maximum shutter speed is 15 seconds, which is good news if you're seriously interested in night photography. The shot below was taken using a shutter speed of 15 seconds ISO 100.