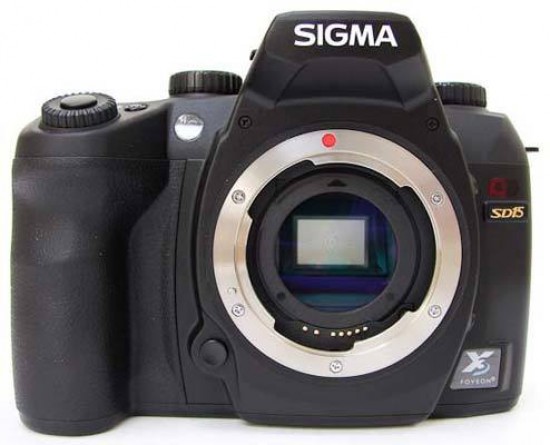 All of the sample images in this Review were taken using the 14 megapixel High JPEG setting, which gives an average image size of around 2.5Mb.

The subtle tones and shades picked up by the Foveon sensor that rivals miss provide a more rounded, almost three-dimensional impression, or at least that's what Sigma would have us believe. As we've noted in the main text, this almost proves to be the case and works best for photographing still life arrangements and portraits using the 24-70mm macro lens provided, where the subtleties of skin tones are brought to the fore.

There's an attendant softness to the images that you either like or don't, along with the smaller file sizes, but when using the longer 70-200mm lens, to pull subjects closer and throw the background out of focus, we did start to get images with a little more drama, but occasionally visible image noise as well, especially noticeable in the shadows. Still, we could achieve even exposures straight out of the camera.

In terms of colours, selecting the standard and neutral picture modes delivered a distinctly washed out feel, and only by selecting the vivid mode did we achieve the visual punch we were looking for straight out of the camera. Of course, by playing around in Photoshop you can tease more out of the images - even if just adjusting brightness and contrast - and they benefit from that process.

As also noted, under normal circumstances light sensitivity runs from a modest ISO 100 to ISO 1600, the sort of spec you'd find on a pocket camera; but by delving into the menu system and switching on the 'Extended mode' this can be extended to ISO 50 or ISO 3200 at either end of the scale. However it has to be said that at ISO 800 and above quite severe noise starts to affect detail, delivering a distinctly gritty look and feel to the images, which is not something we'd normally expect from a £900 DSLR.

Like its predecessors the Sigma SD15 comes across as interesting yet flawed. Just not as flawed as said predecessors.

There are 7 ISO settings available on the Sigma SD15. Here are some 100% crops which show the noise levels for each ISO setting for both JPEG and RAW files.

The Sigma SD15 camera’s built-in flash offers an angle of coverage of 17mm (equivalent to 28mm with a 35mm camera) lens with a guide number of 11. The built-in flash can be synchronized to a shutter speed up to 1/180 sec. These shots of a white coloured wall were taken at a distance of 1.5m.

The Sigma SD15's maximum shutter speed is 30 seconds and there's also a Bulb mode for even longer exposures, which is excellent news if you're seriously interested in night photography. The shot below was taken using a shutter speed of 1/2 second at ISO 200.