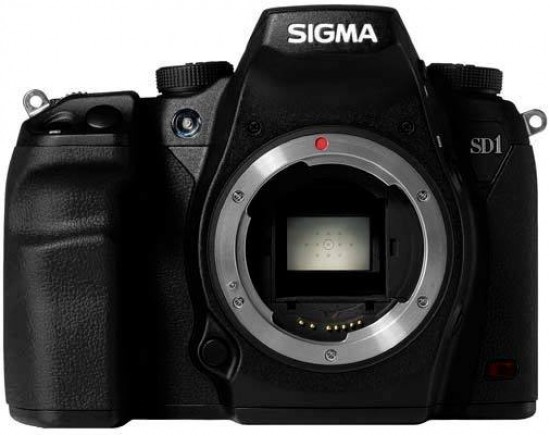 Reviews of the Sigma SD1 from around the web.

The Sigma SD1 is that company's long-awaited APS-C sized camera using a Foveon X3 sensor. The camera was first shown at Photokina in late 2010 and started to ship in June, 2011. Its launch created something of a furor because the company had telegraphed that it would come in at under $2,000, yet when launched the list price was USD $9,700. This quickly slipped to a street price of $6,899, but still much more than anyone had expected or wanted it to cost. I wrote about this at the time in an essay titled Rationalizing The Irrational. I'll have more to say about the camera's pricing later in this report.
Read the full review »

The Sigma SD1 is the company's first entry into the high-end DSLR market, and features a magnesium alloy body design that includes rubber o-ring seals on buttons and connectors, for weather and dust resistance. Body dimensions are 5.7" x 4.4" x 3.1" (145.5 mm x 113.5 mm x 80.0 mm) and the body weighs 24.7 ounces or 700 grams without battery and card.
Read the full review »