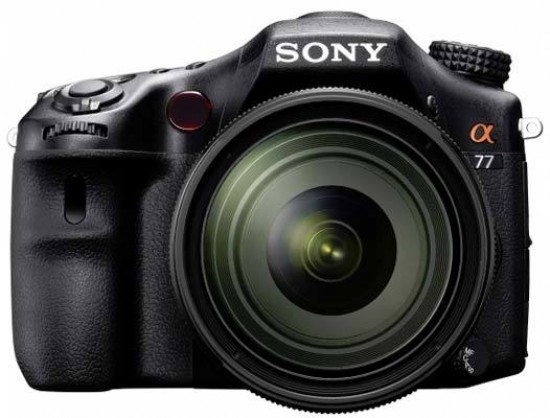 All of the sample images in this Review were taken using the 24.3 megapixel Fine JPEG setting, which gives an average image size of around 5Mb.

The Sony A77 produced images of excellent quality during the review period. The Sony A77's has an extensive and very usable ISO range of 50-16000. ISO 50-1600 is noise-free, whilst ISO 3200 and 6400 produce more than acceptable results, and even ISO 12800 and 16000 are OK for emergency use. The RAW samples illustrate just how much processing the camera does by default, though, as they're much noisier at all ISO values than their JPEG counterparts.

Chromatic aberrations are very well controlled, only appearing in areas of high contrast. The 24 megapixel images are a little soft straight out of the camera using the default creative style and ideally require some further sharpening in an application like Adobe Photoshop, or you can change the in-camera sharpening level. The built-in flash worked well indoors with no red-eye and good overall exposure. The night photograph was excellent, with the maximum shutter speed of 30 seconds and the Bulb mode offering lots of scope for creative night photography. The built-in SteadyShot anti-shake system works well when hand-holding the camera at slower shutter speeds.

The effective Dynamic Range Optimizer function extracts more detail from the shadow and highlight areas in an image, without introducing any unwanted noise or other artifacts. The High Dynamic Range mode combines two shots taken at different exposures to produce one image with greater dynamic range than a single image would produce. It only works for JPEGs and for still subjects, but does produce some very effective results. Sony's now tried-and-trusted Sweep Panorama is still a joy to use. The 11 creative effects quickly produce special looks that would otherwise require you to spend a lot of time in the digital darkroom, while the 6 Creative Styles provide a quick and easy way to tweak the camera's JPEG images.

There are 9 ISO settings available on the Sony A77. Here are some 100% crops which show the noise levels for each ISO setting:

The Sony A77 has 3 different image quality settings available, with Extra Fine being the highest quality option. Here are some 100% crops which show the quality of the various options, with the file size shown in brackets.

The flash settings on the Sony A77 are Autoflash, Fill-flash, Slow sync, Rear flash sync. and High Speed sync., with Red-eye reduction available in the Main Menu. These shots of a white coloured wall were taken at a distance of 1.5m.

The Sony A77's maximum shutter speed is 30 seconds and there's also a Bulb mode for even longer exposures, which is excellent news if you're seriously interested in night photography. The shot below was taken using a shutter speed of 20 seconds at ISO 100.

The Sony A77 has an antishake mechanism built into the camera body, which allows you to take sharp photos at slower shutter speeds than other digital cameras. To test this, I took 2 handheld shots of the same subject with the same settings. The first shot was taken with Shake Reduction turned off, the second with it turned on. Here is a 100% crop of the image to show the results. As you can see, with Shake Reduction turned on, the images are sharper than when it's turned off.

The Sony A77 allows you to take panoramic images very easily, by 'sweeping' with the camera while keeping the shutter release depressed. The camera does all the processing and stitching and even successfully compensates for moving subjects. The main catch is that the resulting image is of fairly low resolution.

The Sony A77 also offers a 3D Sweep Panorama mode. If you're lucky enough to own a compatible 3D HDTV, download the sample below to experience the full 3D effect.