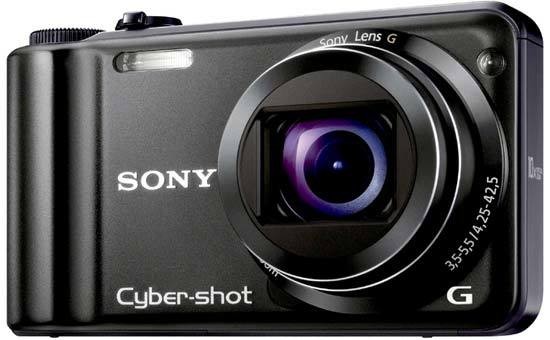 In terms of image quality, there is inevitably some barrel distortion visible when shooting at the ultra wide 25mm equivalent wide-angle setting - especially when photographing the usually straight edges of man made structures - but it's not to a degree that ruins the shot. However good edge to edge sharpness is maintained by Sony's high performance G series lens, with none of the tell tale corner softening that has affected high zoom rivals such as Casio's EX-H15.

Purple pixel fringing between areas of high contrast (tree branches against a bright featureless sky for example) is however just as much in evidence as its close rival - something that has blighted Sony digital compacts since the very beginning. In truth you'll only notice it when zooming into the image, but you won't have to look too closely.

In terms of visible image noise, up to and including ISO 800 there's not a pronounced jump in the visibility of grain in shadow areas. Though detail is softening at ISO 1600 - most notable when looking at edges - we'd argue the setting is still perfectly usable. At top ISO 3200 setting however detail is beginning to break up and the overall image take on a familiarly smudgy watercolour effect.

There are 7 ISO settings available on the Sony CyberShot DSC-H55. Here are some 100% crops which show the noise levels for each ISO setting.

The Sony CyberShot DSC-H55 handled chromatic aberrations quite well during the review, with purple fringing evident around the edges of objects in certain high-contrast situations, as shown in the example below.

The Sony CyberShot DSC-H55 offers a Macro setting that allows you to focus on a subject that is 5cms away from the camera when the lens is set to wide-angle. The first image shows how close you can get to the subject (in this case a compact flash card). The second image is a 100% crop.

The flash settings on the Sony CyberShot DSC-H55 are Auto, Forced Flash, Slow Syncro, No Flash, with a Red-eye Reduction option in the Main menu. These shots of a white coloured wall were taken at a distance of 1.5m.

And here are some portrait shots. Both the Forced Flash setting and the Red-Eye Correction option caused a small amount of red-eye.

The Sony CyberShot DSC-H55's maximum shutter speed is 2 seconds, which is not good news if you're seriously interested in night photography. The shot below was taken using a shutter speed of 1/10th second at ISO 400. I've included a 100% crop of the image to show what the quality is like.

The Sony Cyber-shot DSC-H55 allows you to take panoramic images very easily, by 'sweeping' with the camera while keeping the shutter release depressed. The camera does all the processing and stitching and now even successfully compensates for moving subjects. The main catch is that the resulting image is of fairly low resolution.