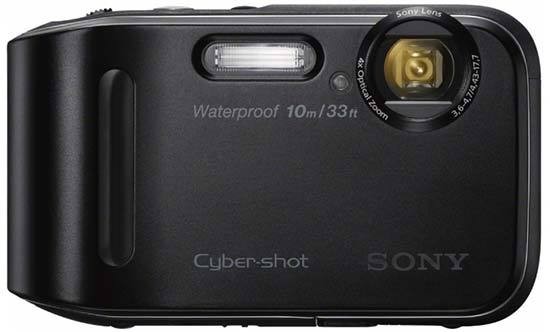 All of the sample images in this review were taken using the 16 megapixel JPEG setting, which gives an average image size of around 5.5Mb.

Bugbears that besiege small cameras with equally small internally stacked lenses are present and correct here, and no one will be surprised to learn that image quality is merely of snapshot standard. At maximum wide angle we don’t have to look very hard to spot a loss of visual sharpness towards the corners of each frame and also leaning verticals/ fisheye effect. Pixel fringing is also visible between areas of high contrast and overall images have a slightly soft, washed out feel to them, particularly when the camera is left to its ‘auto everything’ devices and biases sky rather than foreground detail.

The plus points are some bright vibrant colours on occasion, but what you’ll really be considering buying this for of course is to be able to take pictures and videos in conditions that you’d be foolhardly to attempt with a non ‘proofed’ camera. As a result you’ll come away with images that you might not have otherwise have got, and perhaps that’s worth the compromise of the odd bit of softness.

In terms of low light performance the unit would appear to be nothing special as we work through the ISO settings, although choosing the night time mode from amidst the scene modes did produce some pleasing results. Otherwise as low as ISO400 we’re beginning to see a softening of detail and the appearance of grain, which is disappointing, and any higher than, say, ISO800 is not really worth bothering with, suggesting Sony was right to cap proceedings at what would outwardly seem like a modest ISO3200.

Whilst the performance here then is nothing spectacular, in truth that was about all that we expected. And, as we note, a consumer level waterproof camera around the £200 mark is never really going to produce class-leading imagery.

There are 8 ISO settings available on the Sony CyberShot DSC-TF1. Here are some 100% crops which show the noise levels for each ISO setting.

The Sony CyberShot DSC-TF1 handled chromatic aberrations well during the review, with some purple fringing present around the edges of objects in high-contrast situations, as shown in the examples below.

The Sony CyberShot DSC-TF1 allows you to focus on a subject that is just 1cm away from the camera when the lens is set to wide-angle. The first image shows how close you can get to the subject (in this case a compact flash card). The second image is a 100% crop.

The flash settings on the Sony CyberShot DSC-TF1 are Auto, Forced Flash, Slow Syncro, No Flash, with a Red-eye Reduction option in the Main menu. These shots of a white coloured wall were taken at a distance of 1.5m.

And here are some portrait shots. As you can see, both the Forced Flash setting and the Red-Eye Correction options both caused a tiny amount of red-eye.

The Sony CyberShot DSC-TF1's maximum shutter speed is 2 seconds in the Program mode, which isn't great news if you're seriously interested in night photography. The shot below was taken using a shutter speed of 2 seconds at ISO 100.