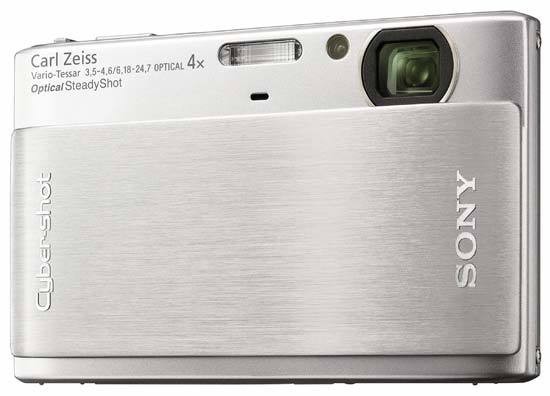 The Sony CyberShot DSC-TX1 produced images of very good quality during the review period. This camera handled noise very well, not becoming obvious until the relatively slow speed of ISO 800 and then becoming progressively worse at the fastest settings of ISO 1600 and 3200 - still, not bad for such a small image sensor.

Chromatic aberrations were virtually non-existent, with just some limited purple fringing effects appearing in high contrast situations. The 10 megapixel images were a little soft straight out of the camera at the default sharpen setting and require some further sharpening in an application like Adobe Photoshop, as you can't change the in-camera sharpening level.

Macro performance is a stand-out highlight, allowing you to focus as close as 1cm away from the subject, although there is a lot of lens distortion and shadowing at such a close distance. Talking of distortion, this is clearly evident in the form of barrel distortion at the 35mm wide-angle focal length. The built-in flash worked well indoors, with no red-eye and adequate overall exposure.

Anti-shake works very well when hand-holding the camera in low-light conditions or when using the telephoto end of the zoom range. The only real fly in the ointment is the disappointing maximum shutter speed of 2 seconds, which doesn't allow the camera to capture enough light for most after-dark situations.

There are 6 ISO settings available on the Sony CyberShot DSC-TX1. Here are some 100% crops which show the noise levels for each ISO setting.

The Sony CyberShot DSC-TX1 handled chromatic aberrations excellently during the review, with very limited purple fringing present around the edges of objects in certain high-contrast situations, as shown in the example below.

The Sony CyberShot DSC-TX1 offers a Macro setting that allows you to focus on a subject that is just 1cm away from the camera when the lens is set to wide-angle. The first image shows how close you can get to the subject (in this case a compact flash card). The second image is a 100% crop.

The flash settings on the Sony CyberShot DSC-TX1 are Auto, Forced Flash, Slow Syncro, No Flash, with a Red-eye Reduction option in the Main menu. These shots of a white coloured wall were taken at a distance of 1.5m.

The Sony CyberShot DSC-TX1's maximum shutter speed is 2 seconds, which is not good news if you're seriously interested in night photography. The shot below was taken using a shutter speed of 2 seconds at ISO 100. I've included a 100% crop of the image to show what the quality is like.

DRO is Sony's solution for improving shadow detail in photos taken in contrasty light. The selectable settings are Off, Standard [D-R] and Advanced [D-R+]. The examples show the effect of the different settings.

One of the high points of the Sony Cyber-shot DSC-TX1 is its ability to shoot a burst at up to 10 frames per second. The following series of 6 photographs was shot at 10fps.

Another standout feature is the Hand-held Twilight mode, in which the camera takes six high-ISO photos in rapid succession, and combines them into a single image. To test this, we took the same shot twice, once with the feature enabled, and once in Program mode. The Hand-held Twilight photo turned out to have somewhat less noise, but was noticeably softer too (the other new mode, Anti Motion Blur, works in a similar fashion).

The Sony Cyber-shot DSC-TX1 allows you to take panoramic images very easily, by 'sweeping' with the camera while keeping the shutter release depressed. The camera does all the processing and stitching. The catch is that the resulting image is of fairly low resolution, and moving subjects tend to be replicated. Check out some examples below.