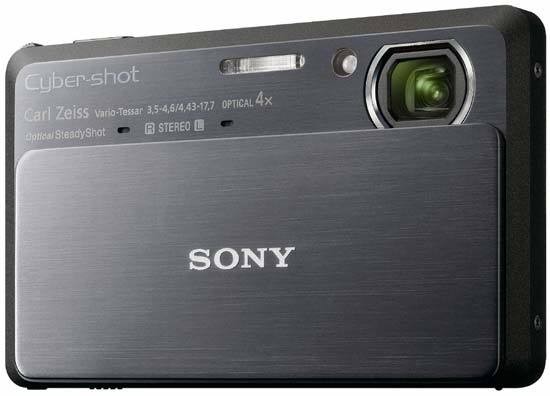 All of the sample images in this Review were taken using the 12.2 megapixel JPEG setting, which gives an average image size of around 4.5Mb.

The Sony CyberShot DSC-TX9 handled chromatic aberrations well with some purple fringing effects appearing only in high contrast situations. The 12.2 megapixel images were just a little soft straight out of the camera at the default sharpen setting and ideally require some further sharpening in an application like Adobe Photoshop.

The Sony CyberShot DSC-TX9's maximum shutter speed is only 2 seconds, which is not good news for night photography enthusiasts. Macro performance is one of the stand-out highlights, allowing you to focus as close as 1cm away from the subject, although there is a lot of lens distortion and shadowing at such a close distance.

The built-in flash worked well indoors, with no red-eye and good overall exposure. The Sweep Panorama feature is fun for anyone wanting extra wide landscapes, now enhanced by the ability to view them in cutting-edge 3D on a compatible 3DTV set.

There are 6 ISO settings available on the Sony CyberShot DSC-TX9. Here are some 100% crops which show the noise levels for each ISO setting.

The Sony CyberShot DSC-TX9 handled chromatic aberrations well during the review, with some limited purple fringing present around the edges of objects in certain high-contrast situations, as shown in the examples below.

The Sony CyberShot DSC-TX9 offers a Macro setting that allows you to focus on a subject that is just 1cm away from the camera when the lens is set to wide-angle. The first image shows how close you can get to the subject (in this case a compact flash card). The second image is a 100% crop.

The flash settings on the Sony CyberShot DSC-TX9 are Auto, Forced Flash, Slow Syncro, No Flash, with a Red-eye Reduction option in the Main menu. These shots of a white coloured wall were taken at a distance of 1.5m.

The Sony CyberShot DSC-TX9's maximum shutter speed is 2 seconds, which is not good news if you're seriously interested in night photography. The shot below was taken using a shutter speed of 2 seconds at ISO 125.

The Sony Cyber-shot DSC-TX9 allows you to take panoramic images very easily, by 'sweeping' with the camera while keeping the shutter release depressed. The camera does all the processing and stitching and now even successfully compensates for moving subjects. The main catch is that the resulting image is of fairly low resolution.

There's also a 3D Sweep Panorama mode which, if you're lucky enough to own a compatible 3D HDTV, displays the panoramas in 3D. Download the full-size samples below to experience the full 3D effect.

The Superior Auto mode takes 6 images and combines them to create one low-noise picture with wide dynamic range.

The Background Defocus mode makes it easy to blur the background to make the main subject stand out.