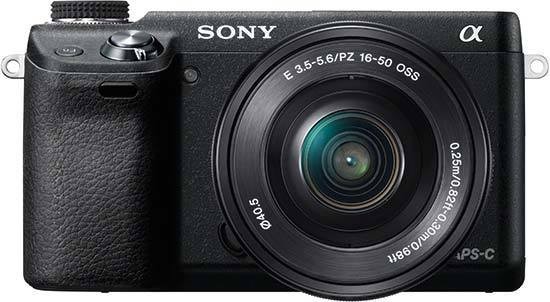 During the review period, the Sony NEX-6 produced images of excellent quality. Most photos were well focussed and sharp, with good detail throughout the frame. High-ISO performance is pretty impressive courtesy of a fairly big APS-C sized sensor and a good image processing engine that reduces noise in JPEGs without sacrificing too much detail. (JPEG shooters do not have the option to turn noise filtering completely off.)

The supplied Sony E PZ 16-50mm f/3.5-5.6 OSS power zoom lens has a tendency for vignetting, particularly at the extremes of its focal range; but that aside its performance is better than expected. The NEX-6's pop-up flash might be weak, with a rather meagre guide number of 6 at ISO 100/21°; but as long as the subject is within range it tends to produce spot-on exposures with no noticeable red-eye. The in-camera HDR exposure blending feature works very well in contrasty light. It only works for JPEGs and for still subjects, but does produce some very effective results.

Sony's now tried-and-trusted Sweep Panorama is still a joy to use. The 11 Picture Effects quickly produce special looks that would otherwise require you to spend a lot of time in the digital darkroom, while the 6 Creative Styles provide a quick and easy way to tweak the camera's JPEG images. With a maximum exposure time of 30 seconds and a Bulb mode, the camera offers lots of scope for creative night photography. The  SteadyShot anti-shake system built into the 16-50mm lens works well when hand-holding the camera at slower shutter speeds. Perhaps the only fly in the ointment is a somewhat sub-par auto white balance performance under overcast skies and in artificial light, but this can be circumvented by taking a manual WB reading and/or shooting raw.

There are 9 ISO settings available on the Sony NEX-6. Here are some 100% crops which show the noise levels for each ISO setting:

The out-of-camera JPEGs are pretty sharp at the default setting but you can of course add some sharpening later in a program like Adobe Photoshop if needed. Here are two pairs of 100% crops – the right-hand images have had some post-capture sharpening applied.

The file quality settings available on the Sony NEX-6 include Fine and Standard for JPEGs, and you can also opt for ARW, Sony's proprietary raw image file format. Here are some 100% crops which show the quality of the various options.

The Sony NEX-6 has a little pop-up flash with a guide number of 6 in metres at ISO 100/21°. The flash settings are Autoflash, Fill-flash, Slow sync and Rear flash sync, with Red-eye reduction available in the Setup menu. In the best Sony/Minolta tradition, flash exposures are generally excellent as long as the subject is within range. The NEX-6 can also trigger wirelessly slaved system flashes but you need a hotshoe-mounted commander unit for this as the built-in flash cannot act as a master.

These shots of a white coloured ceiling were taken at a distance of 1.5m. As you can see the E PZ 16-50mm OSS lens suffers from some vignetting, especially at the wide end of the zoom range, and this is accentuated in the flash shots.

And here are a couple of portrait shots. Neither the Auto setting nor the Red-eye reduction mode caused a significant amount of red-eye.

The Sony E PZ 16-50mm f/3.5-5.6 OSS power zoom is not a macro lens but it can deliver pretty decent close-up shots. The example below demonstrates how close you can get to the subject, in this case a Compact Flash card. We have also included a 100% crop to show you what the quality is like.

The Sony NEX-6 lets you dial in shutter speeds of up to 30 seconds and has a Bulb mode as well for even longer exposure times, which is very good news if you are seriously interested in night photography. There is an optional long-exposure noise reduction function that can be activated to filter out any hot pixels that may appear when extremely slow shutter speeds are used, though I found no need for this when taking the photograph below at a shutter speed of 30 seconds, aperture of f/11 at ISO 100. We’ve included a 100% crop for you to see what the quality is like.

The Sony E PZ 16-50mm f/3.5-5.6 OSS power zoom lens boasts Sony's Optical SteadyShot feature, which is essentially a lens-based image stabilisation system. When enabled from the Sony NEX-6's menu, this feature allows you to take reasonably sharp hand-held shots at slower shutter speeds than other digital cameras (or a non-OSS lens). To demonstrate this, we took two photos, one with SteadyShot and one without, at 1/25th of a second at the 75mm (equivalent) end of the zoom range. As you can see from the 100% crops below, Optical SteadyShot can mean the difference between a usable shot and an unusable one.

High Dynamic Range (HDR) mode is Sony's solution for capturing more contrast than a single exposure can handle by combining two exposures into one image, with an Auto setting and six different strengths available. The examples below demonstrate the difference between a single exposure and an HDR image created from two photos taken 6EV apart.

The Sony NEX-6 has a Sweep Panorama mode allowing you to take panoramic images very easily by 'sweeping' with the camera while keeping the shutter release depressed. The camera does all the processing and stitching automatically. The main catch is that the resulting image is of fairly low resolution – this is something you need to be aware of if you are looking to print your panoramas.

Sony's Picture Effects are similar to what other manufacturers call “magic” or “art” filters. The Sony NEX-6 offers a number of Picture Effects ranging from Toy Camera to Soft Focus, with Rich-tone Mono being our favourite.