Our current cameras are much more forgiving; a lot of the cock ups mentioned above would be impossible to make now. But that convenience can be dangerous; it's easy to get blasé and before you know it you're trudging back from an epic landscape session buzzing with adrenalin and satisfaction, only to discover you've exposed the whole shoot at ISO 3200. Forgetting to return the camera settings to your own defaults is one of the most obvious pit falls, but there's plenty else that can and does go wrong.

Out of focus pictures, camera shake, insufficient depth of field, over exposure and including the tripod leg in the frame; no amount of clever technology can make up for sloppy technique or lack of attention. Have you ever had the most natural portrait opportunity unfold in front of your lens only to press the shutter and wait 10 long seconds as the self-timer counts down?  Do you know the feeling when a candid Decisive Moment materialises after a long wait, the button is pressed and the eyepiece goes black as the mirror locks up? After a shoot; check your gear. Before a shoot; check your gear. That meticulous approach still pays off for me, but the smallest lapse can still creep up and bite me. I have more camera bags than I can count; I'm constantly transferring kit from one to another as circumstances change. The bag I take on a flight to Bangkok is different to the one I'll yomp over the Isle of Skye or shoot a Provencal market with. This constant switching is a pit fall waiting to happen; one overlooked filter ring lurking in the depths of a Lowepro will be missed sorely at dawn in the Canadian Rockies. The only way to avoid these omissions is by adopting a routine of constant checking, and checking again. But I reckon the greatest potential for truly tragic loss is after the pixels are exposed. I have sweaty sleepless nights just imagining it. 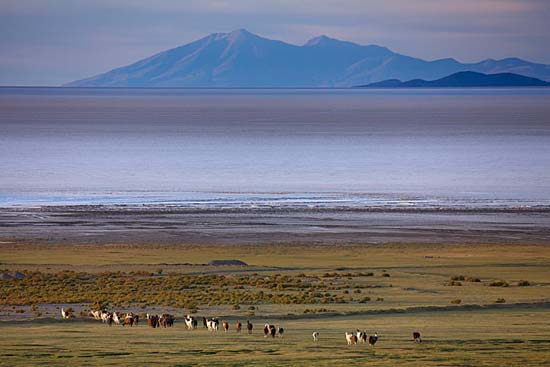 Spare a thought for the late, great Robert Capa; one of the most accomplished war photographers ever. On D Day he waded ashore with the second wave of troops assaulting Omaha Beach. It was the most fiercely resisted landing of the Normandy invasion and Capa was an eyewitness. As the American troops striving to get off the beach took withering fire from the well dug in defenders Capa exposed 4 rolls of film as a defining moment in history played out all around him. Of those 4 priceless rolls of exposed film 3 were lost in processing as a lab technician at Life Magazine set the dryer too high and melted the emulsion. Of the fourth roll just 11 precious frames were salvaged. All those pictures of a crucial turning point in the Second World War that were captured at such risk were lost irretrievably. I can't even begin to contemplate how Capa felt when he discovered the faux pas. Surely now that sort of monumental blunder wouldn't be possible, would it?

The humble memory card is not the most exciting kit we use. We all I suspect take them for granted, but in those crucial few hours between exposure and back up we invest total trust in them. This is when the fruits of our labours are most vulnerable. That card then needs to be coveted, cherished and protected. It has become The Most Valuable Thing We Own.

The Lexar Pro 8GB 600x CF card in my camera is virtually indestructible. Short of bathing it in salt water I'd have to work really hard to damage it, and the pictures would still probably be salvageable. I frequently count my lucky stars as I recall traveling the world with big bags full of vulnerable exposed film. Every time I passed through airport x-rays my heart was in my mouth. Good riddance to those days, my pictures are so much more secure now. But the painful lessons of the past are still relevant; the biggest danger remains human error.

That small memory card's convenience can be the biggest threat. I choose to use an 8GB card because I back up when a card is full and the interval between backups is too long with bigger capacity cards. One 8GB card represents a normally productive day. OK, I can always back up when I want, but there is a logic to my system that works well for me, and that's my whole point, I need a fail-safe system that I rigidly adhere to without even thinking about it. With my 21 megapixel cameras I can expose 342 RAW images on one 8GB card. In effect I'm reloading ten times less then I used to using 35mm film; I won't even try to remember the hassles of 8 frame 220 roll film. Whenever the light was at its very best I seemed to be fiddling with film wrappers and backing paper. Now it sometimes feels like I'm working with a camera that never needs reloading and it's a real luxury. But sooner or later the card fills and needs replacing and it's still always when the light is perfect and the Decisive Moment is nigh; plus ca change. You know the situation well I'm sure; in the heat of the moment one card comes out and another goes in. The exposed card goes in the bag; where? It's tempting to toss it in and sort it out later, but then you decide to move vantage point so hurriedly zip up and move. An hour later when it's all over you're packing up and remember the full card. Where has it gone, in the recesses of your bag, or amongst the blank formatted cards, or lying lost in the undergrowth? 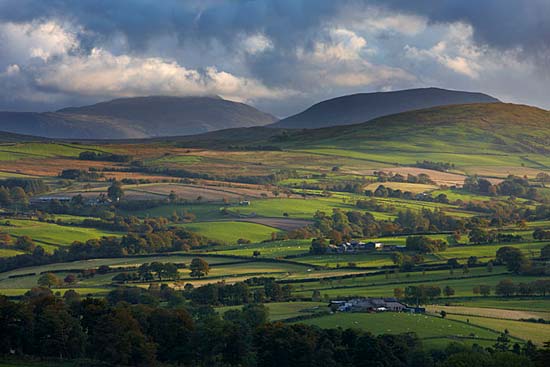 Rolling farmland on the edge of Snowdonia National Park, nr Ysbyty Ifan, County Conway, North Wales. No matter how much capacity the memory card has I always seem to need to reload when the light is at its best. Canon 1Ds mkIII, 70-200mm lens @ 200mm, 1/8 sec @ f8, ISO 100, polariser

Touch wood I have never lost my memory. Well, there have been many Lost in Translation moments when I've woken in a strange hotel room on the far side of the world jet lagged and disorientated without a clue where or who I am. Thankfully though since going digital I've never lost pictures through equipment malfunction or idiocy. I may be tempting fate here but I am confident my system is as secure as it can practically be. Lets' go back to basics; that moment when there's a Changing of the Guard. The exposed card comes out and no matter how frenetic the shoot goes into a dedicated pouch in my bag. Forget those fiddly plastic jobbies cards are supplied in, they're the last thing I want to be dealing with cold fingers as gorgeous light paints the landscape. The fresh card has been formatted in camera before the shoot and is ready. There's few thing worse than loading a card only to find it full of last month's stunners; have I backed these up? Is it OK to format? I don't need these dilemmas when my mind is full of creative endeavour. Still, I'm inevitably rushing. It's easy to bang a card in that's incorrectly seated or the wrong way round, a pin in the camera's card slot bends and its game over. I've never done it but it could happen. I'd be redundant until I could access a camera service centre; there aren't many on the Bolivian altiplano. So I always carry a backup body; maybe not on every shoot but certainly on every trip. I've not yet had to call on my reserve 5D mkII, but as soon as I get complacent I'm bound to need it.

As soon as possible after the shoot I'll back up my full memory cards, usually to my lap top. That's easy enough in a cosy hotel room but camped out in the boonies power will be an issue. This is where using the fast card and USB 3.0 reader makes a big difference; it takes just 10 minutes of precious battery power to copy the 8GB of RAW imagery. I now have two records of the days endeavours, but I'm still uneasy. The laptop or whatever I've copied to; iPad, portable hard drive etc is itself vulnerable. There's always the danger of hard drive failure, or theft. Actually on the road the full memory cards are still the most secure storage. On a long trip I hide them in amongst the fruity laundry; yes, they can even survive that. It's why I like to have plenty for the journey to avoid having to format and reuse as I go. As soon as I possibly can I back up to a third drive. Then back at base the whole lot enters our rigid workflow procedures whereby everything is backed up to multiple locations at every stage of the process. Finally the exposed cards can be reformatted ready for the next job. I've learnt from my mistakes with multiple exposure levers and backing paper; it's now a methodical, and painstaking approach that allows me to be philosophical about my past cock ups. It is all a bit pedantic, but the alternative is a Capa moment. It just doesn't bare thinking about.