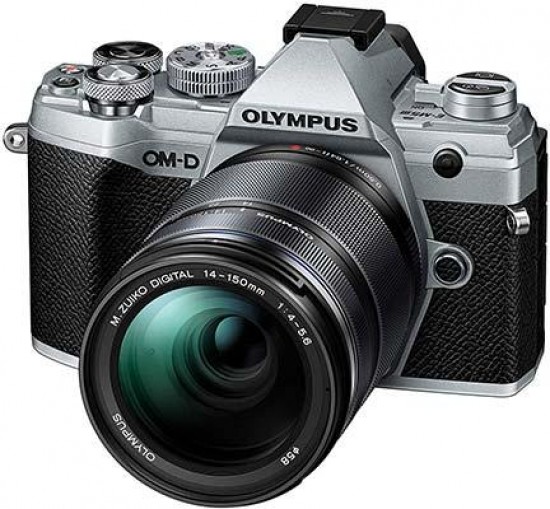 2019 is Olympus' official Centenary year (Congratulations!), and following the launch of the E-M1X camera back in the Spring, the company are now reportedly gearing up for the launch of a much more affordable successor to the popular OM-D E-M5 Mark II (pictured), somewhat predictably called the OM-D E-M5 Mark III. Read on for everything that we know so far...

Update 1: Internet giant Amazon has now confirmed the price and launch date of the Olympus OM-D E-M5 Mark III - it will apparently cost £1,355.60 and be available on November 18th 2019. It will feature re-engineered 5-axis image stabilisation for handheld shooting, a new OLED electronic viewfinder, and be weather-resistant. Amazon have predictably pulled the leaked product page...

Update 2: The full specifications and US price for the E-M5 Mark III have now been leaked by 4/3rumors.

The E-M5 Mark III will use a 20.4 megapixel Four Thirds sensor with 121 cross-type phase detection pixels, exactly the same as the one featured in the two-year-old OM-D E-M1 II flagship camera, and a step up from the 16 megapixel sensor used by its immediate predecessor, the E-M5 Mark II. So there probably won't be too many surprises from an image quality point of view.

The latest Truepic VIII processor will naturally make its way down the range to the EM5 Mark III, which could possibly allow the new camera to shoot at the same 18fps with AF/AE tracking as the E-M1 II, unless Olympus cap the rate to help differentiate between the two models.

As it uses the same sensor and processor, the E-M5 Mark III will also benefit from sharing the same 50 megapixel high-resolution shot mode that the E-M1 II offers, although you'll need to mount the camera on a tripod, rather than also being able to shoot handheld in this mode.

While this new release will focus on the stills side of things, Olympus can't afford to rest on their laurels and ignore video, so expect to see at least 4K/30p recording on the EM5 Mark III, hopefully with the Log profile from the E-M1 range and maybe even a built-in headphone jack.

The new model will use an existing battery in the form of the BLS-50 battery, which in other cameras is good for around 450 shots. We'll have to wait and see what impact the  Truepic VIII processor has on battery life.

Unlike the more pro-focused E-M1 range, which usefully has dual slots, the E-M5 III will continue to offer a single SD memory card slot.

The EM5 Mark III will have Olympus's excellent internal image stabilisation system that's worth up to 5.5 EV steps of compensation, giving it an advantage over some of its main rivals, like the Nikon Z50 which won't offer this feature at all.

Apparently the E-M5 Mark III will also be fully weather sealed, despite being mainly built out of plastic and weighing in at a mere 366g, again giving it an advantage over its main rivals.

The E-M5 Mark III will probably be priced around the £$1000 mark, seeing it go head-to-head with the likes of the Nikon Z50, Sony A6400 and Canon EOS M6 II, which are all similarly priced. More expensive kit options with the 12-40mm and 12-200mm zoom lenses will also be available.

43Rumors are reporting that the EM5 III will be officially unveiled by Olympus on October 17th, just in time for the crucial marketing run-up to Christmas and the sales season.