In a world of over-saturated color, I'm always surprised at the popularity of black and white images. There is something magical about a well-crafted image in monochrome that is more expressive than any color image could ever be. In fact, it was black and white photography that first interested me. I grew up with Ansel Adams' powerful images as the pinnacle of photography. So, with digital photography, I've often done black and white conversions with a varying degree of success. Learning to use the Channel Mixer in Photoshop wasn't always easy or intuitive, but some of the plug-ins left very little control over the final product – pick your film type and that's it. Silver Efex Pro is a new product from Nik Software, the same company that produces Viveza and Color Efex Pro among others. I've been a fan of Color Efex Pro for several years, and I've reviewed Viveza here with favorable results. So, I was excited to find out about Silver Efex Pro and give it a try. 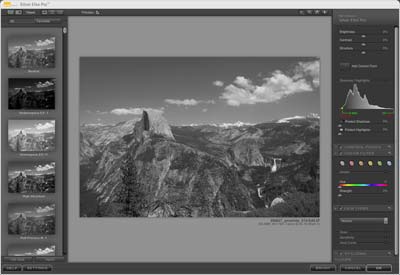 The first thing you'll note about the plug-in is the familiar interface (Figure 1). If you use any of Nik's other plug-ins, you'll feel right at home.

Along the left side of the window are all the controls – Brightness, Contrast, Structure, as well as a Shadows/Highlights control to protect important areas of the image from clipping. You also have a full set of color filters that can be applied at various hue and strength levels.

Structure may be new for many. It works to enhance fine details in the image with positive adjustments, and diffuses with a negative setting. By default, these controls work globally on the entire image. Silver Efex includes Nik's Control Point feature to make masked adjustments, so if you want to enhance the sky and clouds in your image (as an example), you can create a Control Point on the sky to darken the sky while increasing the structure of the clouds (Figure 2). 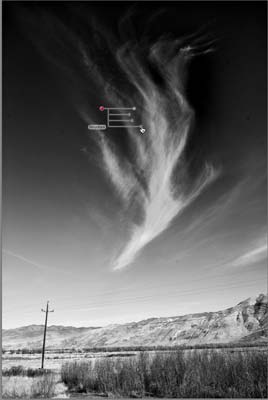 Under Film Types, you'll find a number of presets (Figure 3) along with a full set of controls to adjust the effect, including the grain and color sensitivity along with a tone curve. There is a tremendous amount of power in this one section of the plug-in, letting you fine-tune any adjustment until it's exactly what you want.

One of the features of many black and white films, and the reason they had such strong followings was the grain properties of the film. Silver Efex has implemented a Grain Engine to emulate this natural style grain. If you've played with some of the other plug-ins available, the grain has an artificial look that is a essentially a noise pattern. The Grain Engine bases its grain patterns on the exposure level for each pixel in the image, building the image from grain like traditional film does, rather than overlaying a noise pattern on top of the image. A good example of this is shown in Figure 4. 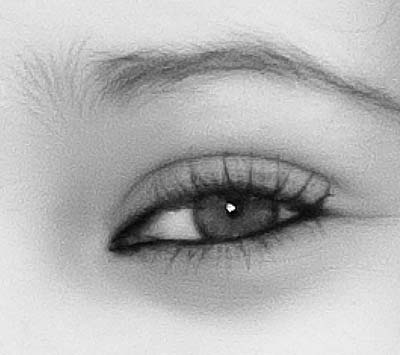 Silver Efex Pro also gives full control over toning, vignetting and edge burning through the Stylizing palette. There are a number of presets for toned images (Figure 5), and adjustments can be made for both silver tone and paper color to let you recreate the look of a particular traditional paper. Vignetting works in the normal way but adds the ability to set rectangular or circular as the shape, and to select the central point. Finally, Burn Edges allows you to selectively darken each edge with control over the amount, size, and transition. This is one area that I'd like to see improved in the next release. Currently you must do each edge separately - I'd like to have the ability to burn all edges at once. 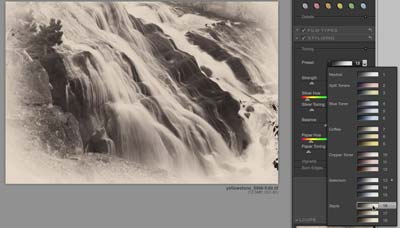 On the right side of the window you'll find a number of preset looks (Figure 6). There is a good variety here, and if you find one that's close to what you want, you can tweak the settings to get just the look you're going for. You can add your own presets, and to help control the number of presets you need to browse through, there is an option to view only Favorites that you select. One nice feature of the Presets panel is that you're seeing a thumbnail view of the current image rather than a static image. Styles can also be imported, so sharing presets is likely to be popular. 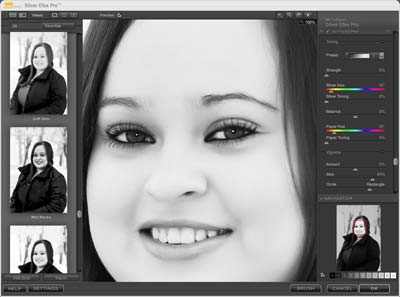 If you're using Photoshop CS3, you can apply the effect as a Smart Filter, and you have the option of using the Brush control to paint the effect into your image, making it possible to create interesting effects combining color with black and white. Silver Efex Pro also works with Apple Aperture 2.1. If you're using Aperture, the effects can be applied to multiple images at once (Figure 7) with navigation between images done through the Previous and Next buttons below the preview area. 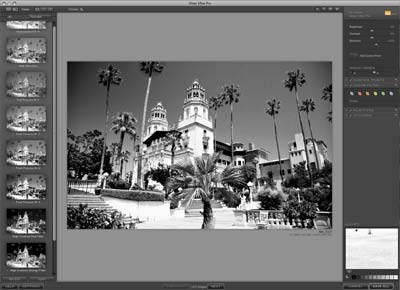 The Preview area can be setup to show a split screen (Figure 8), before and after (Figure 9), or just the adjusted image. Personally, I find the color information distracting and prefer the adjusted image only, but your work style may be different so it's nice to have the options available. 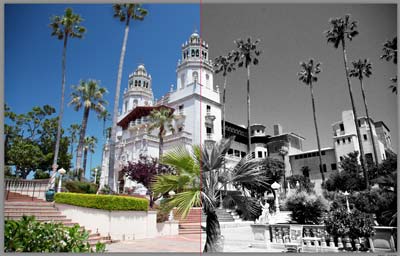 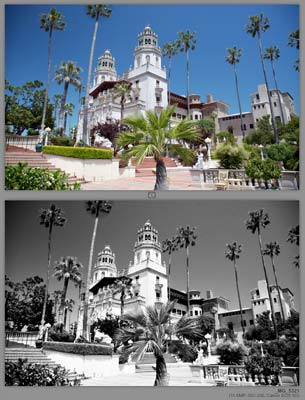 Silver Efex Pro also has a Zone System indicator. By clicking on the different zone swatches, you can see what areas of your image fall into that zone. This is useful for deciding to make adjustments based on a particular light value. You can toggle the indicators off and on (Figure 10), or just move the mouse over a swatch to see if your image contains values in that zone.

Silver Efex Pro is the most powerful and intuitive plug-in I've ever worked with for black and white imaging. The Grain Engine does an excellent job of providing a natural look to the image, and the selection of film types is good. I'd like to see the Burn Edges feature enhanced, and hopefully Nik will add a section on their website for sharing presets.