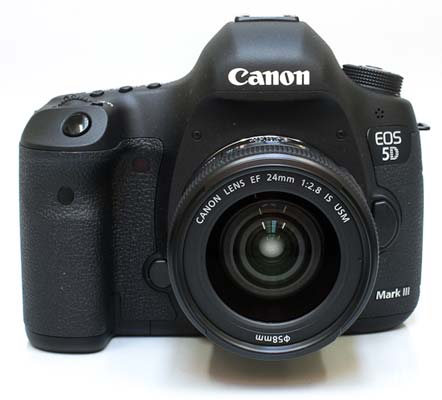 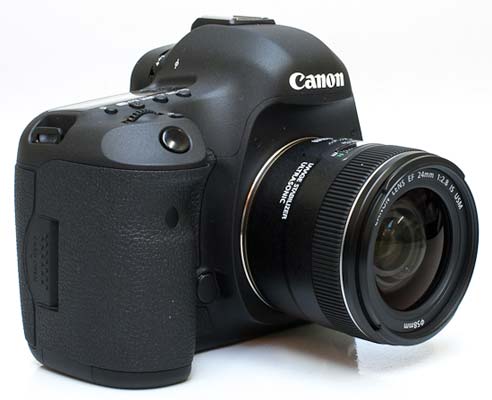 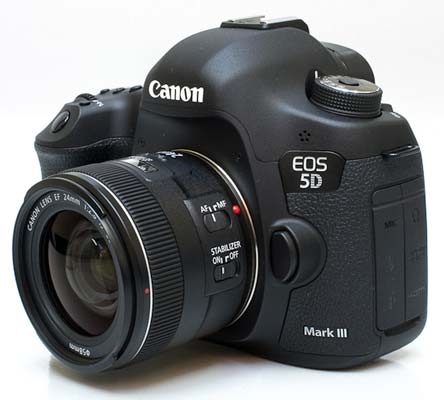 For an ultra wideangle prime, the Canon EF 24mm f/2.8 IS USM isn't too big and bulky, and not too heavy either at 280g. While you can use it on a smaller APS-C body for a 38mm equivalent angle of view, it won't balance quite so well - as demonstrated by the images above, it's a much better match for a professional-grade, full-frame camera like the 5D Mark III. 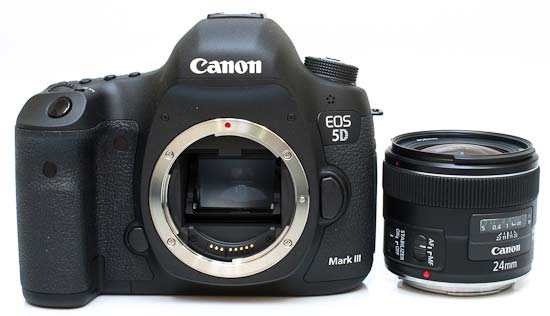 As you would expect from a lens that costs this much, build quality is very good, despite lacking the "L" moniker that denotes Canon's premium lenses. The Canon EF 24mm f/2.8 IS USM feels solid in your hand, even if the outer barrel and the filter thread appear to be made from plastic. The focusing ring is just as wide as it needs to be, and has a ridged, rubberised grip band. It has no aperture ring, which is no big deal unless you wanted to use it on a very old film body. 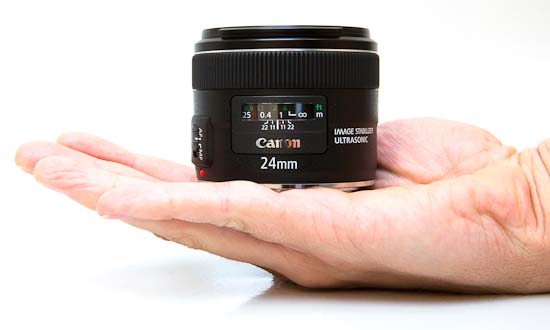 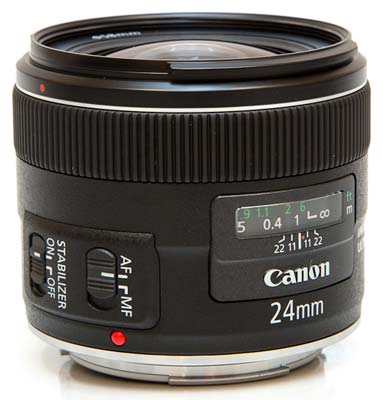 The lens features a distance scale complete with a DOF scale, although the latter is of limited use, having markings for f/11 and f/22 only. Still, certainly better than nothing. There's also a small red dot that appears to be an infrared focus index. 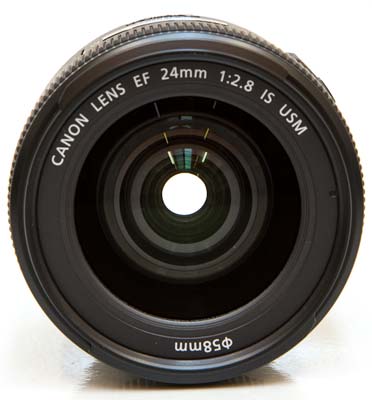 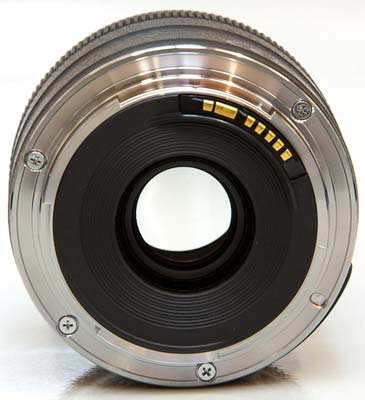 The Canon EF 24mm f/2.8 IS USM boasts Image Stabilisation which Canon claims offers an advantage of up to 4 f-stops over lenses without a stabilizer. This is activated via the On/Off switch on the side of the lens. If the camera body supports it, Canon's IS technology is also able to detect intentional panning movement and automatically switch from the Normal IS mode to the Panning IS mode. 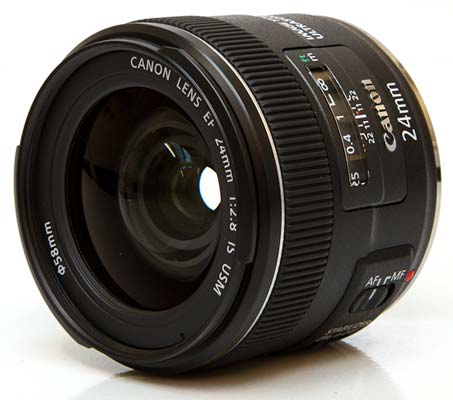 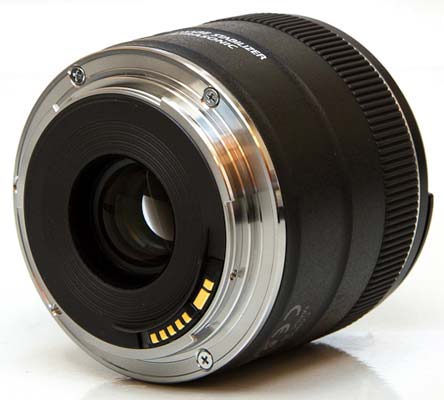 The only other control on the lens barrel is a focus mode switch with the usual AF/MF settings. Note that this lens offers full-time manual focusing even when AF is selected. 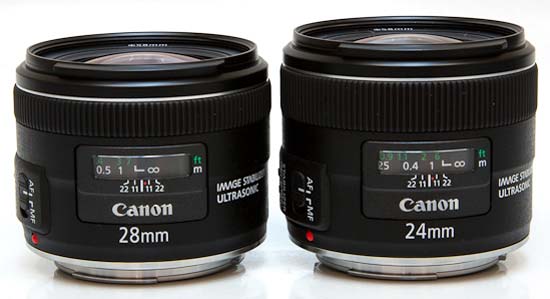 The lens doesn't ship with either a lens hood or a protective bag, a shame given the high price.

The Canon EF 24mm f/2.8 IS USM features a Ultra Sonic Motor (USM) which provides virtually silent and high-speed auto-focusing. Focusing is fully internal, meaning the length of the lens always remains constant. In use, we found the focusing to be indeed very quiet, and pretty fast - but definitely not instantaneous - with the lens mounted to a Canon 5D Mark III body.

Chromatic aberrations, typically seen as purple or blue fringes along contrasty edges, are impressively well controlled with this lens - the example below shows the worst-case scenario.

With the lens wide open at f/2.8, you can see some very noticeable light fall-off in the corners. Stopping down helps, although to completely get rid of this phenomenon, you will need to use an f-stop of f/5.6 or smaller. 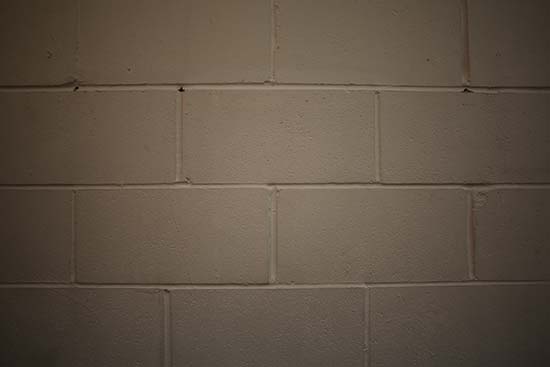 The Canon EF 24mm f/2.8 IS USM is not a macro lens. The close-focus point is at 20cm from the film/sensor plane, and Canon quotes a maximum reproduction ratio of 0.23x for the lens. The following example illustrates how close you can get to the subject, in this case a CompactFlash card. 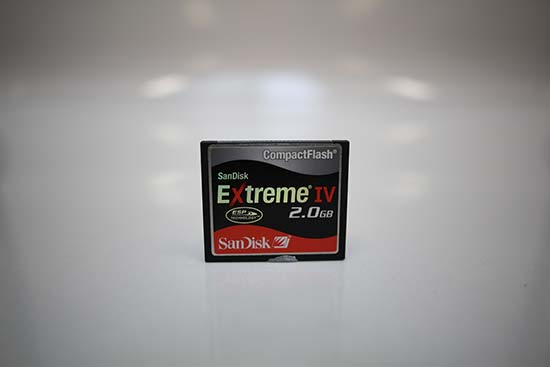 Bokeh is a word used for the out-of-focus areas of a photograph, and is usually described in qualitative terms, such as smooth / creamy / harsh etc. One of the reason to buy a fast lens is to be able to isolate the subject from the background, which is normally very hard to do with an ultrawide lens. Canon was apparently very much aware of this requirement, as they employed an iris diaphragm with 7 rounded blades for a pleasing rendering of the out-of-focus highlights. Based on what we have seen, we can say that they largely succeeded. Below you'll find some examples, but you are also encouraged to check out our sample images.