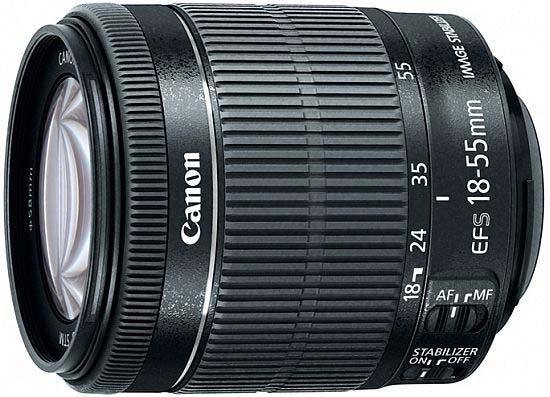 Standard zoom kit lenses are often the first thing that new DSLR owners upgrade, as they typically aren't built to last, don't have many features and deliver at best average image quality. Although the build quality of the Canon EF-S 18-55mm f/3.5-5.6 IS STM isn't great, it does offer more features and better image quality that you might expect given its price-point, so it may persuade you to keep using it for longer than you anticipated.

With its all-plastic construction, including the lens mount, the Canon EF-S 18-55mm f/3.5-5.6 IS STM isn't going to withstand too many knocks and scrapes, but it is very light and therefore a good partner for the EOS 100D / SL1 and 700D / T5i DSLRs that it typically ships with. The capable image stabilisation system used in conjunction with the latest generation of EOS bodies is a low-light shooter's dream ticket, making it easy to hand-hold the camera and still get the shot.

Auto-focusing is surprisingly quick, and for video shooters the STM motor is appealingly smooth and almost completely quiet, although not fast enough to keep up with fast-moving subjects in Live View/Video mode. The ability to instantly manually override the AF system via the focus ring if required is a nice touch, although it is rather too narrow for our liking.

Image quality is pretty good rather than outstanding. Centre and edge sharpness isn't great throughout the zoom range at the maximum aperture, but stopping-down by one stop sharpens things up considerably, whatever focal length you use. Chromatic aberrations aren't very well controlled, though, and there's obvious geometric distortion at the wider focal lengths and some obvious corner shading at the maximum aperture. The lens doesn't ship with a hood, although the Super Spectra coatings successfully prevented contrast loss attributable to flare.

In summary we can somewhat surprisingly recommend the Canon EF-S 18-55mm f/3.5-5.6 IS STM as a lightweight, portable standard zoom lens for APS-C DSLR owners that delivers pleasing results for both stills and video. This is one kit lens that you might not want to throw away...