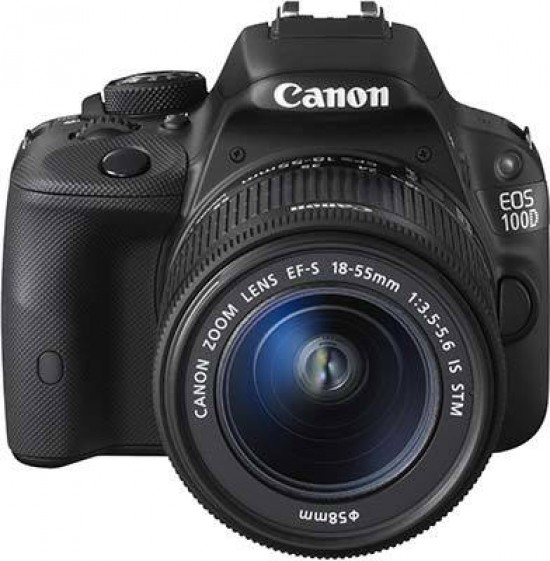 During the review, the Canon EOS 100D produced images of excellent quality. Noise handling is very good considering the pixel density. Shooting RAW is a good idea if you plan on taking lots of high-ISO shots, as you can get better detail with less chroma noise than by shooting JPEG. As regards the colours, we have found them to be a little on the dull side, though this is nothing you can't change in-camera, by way of tweaking the available Picture Styles or creating your own. The camera's Highlight Tone Priority mode allowed us to retain more highlight detail in contrasty scenes than would otherwise be possible without underexposing the midtones and the shadows. The built-in flash caused no red-eye, and the night photo came out very well. Overall, a very good showing.

The Canon EOS 100D has 2 different JPEG file quality settings available, including Fine and Normal, with Fine being the higher quality option. Here are two 100% crops which show the quality of the two options.

The flash settings on the EOS 100D are Auto, Manual Flash On/Off, and Red-Eye Reduction. These shots of a white coloured wall were taken at a distance of 1m.

The Canon EOS 100D's maximum shutter speed is 30 seconds and there's a Bulb mode for even longer exposures, which is excellent news if you're seriously interested in night photography. The shot below was taken using a shutter speed of 15 seconds, aperture of f/8 at ISO 100.