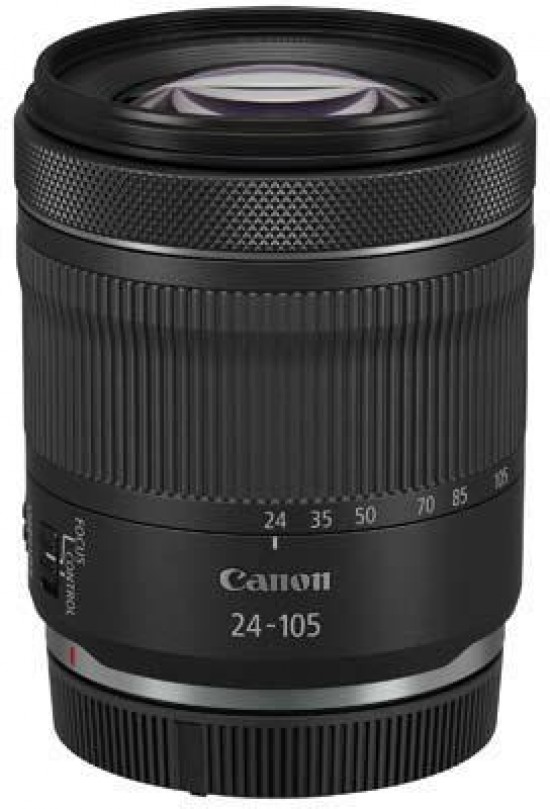 The Canon RF 24-105mm F4-7.1 IS STM is a very good standard zoom lens that certainly punches above its weight in terms of the features and performance to price ratio.

The main drawback of this lens is the very slow maximum aperture of F7.1 which kicks in between 83-105mm, limiting the shallow depth-of-field effects that you can achieve and affecting the overall performance in low-light situations where you'll need to bump up the ISO speed to compensate. Otherwise, there are a lot of things to like.

The RF 24-105mm F4-7.1 offers a very versatile focal range whilst being sharp in the centre from 24mm to 85mm, although performance drops off the edges of the frame. Sharpness at the far end of the telephoto range isn't quite as good when shooting wide-open at f/7.1.

Overall the Canon RF 24-105mm F4-7.1 IS STM delivers good sharpness across the frame at most apertures. There's noticeable vignetting at wide-open apertures and some barrel distortion at 24mm, but they are largely removed by using the dedicated DLO profile.

Build quality is fine given the entry-level price-point, with the all-plastic construction feeling solid enough in everyday use. Canon don't provide either a lens hood or padded case in the box, though,which is a shame.

This lens has a very effective 5-stop optical image stabilisation system, perhaps a surprising inclusion for such a cheap lens, and one that greatly extends it versatility.

Auto-focusing proved to be quick, quiet and mostly reliable on the Canon EOS RP camera body that we tested the lens with, although switching from auto to manual focusing isn't very intuitive. The Lens Control Ring takes a little getting used to, but soon becomes quite a handy feature to have.

The macro capabilities are surprisingly good. Not only can you achieve 0.40x magnification at 105mm with auto-focus, but you can push this to 0.50x at 24mm using the brand new Center Focus Macro mode, if you're prepared to manually focus.

The standalone price of the Canon RF 24-105mm F4-7.1 IS STM is attractive given the high cost of the other RF standard zoom lenses, although we suspect that most sales will still be with the EOS RP body as its kit lens.

Overall, despite that off-putting F7.1 maximum aperture, we can still strongly recommend the new Canon RF 24-105mm F4-7.1 IS STM as a surprisingly versatile partner for the EOS R and especially the EOS RP camera.