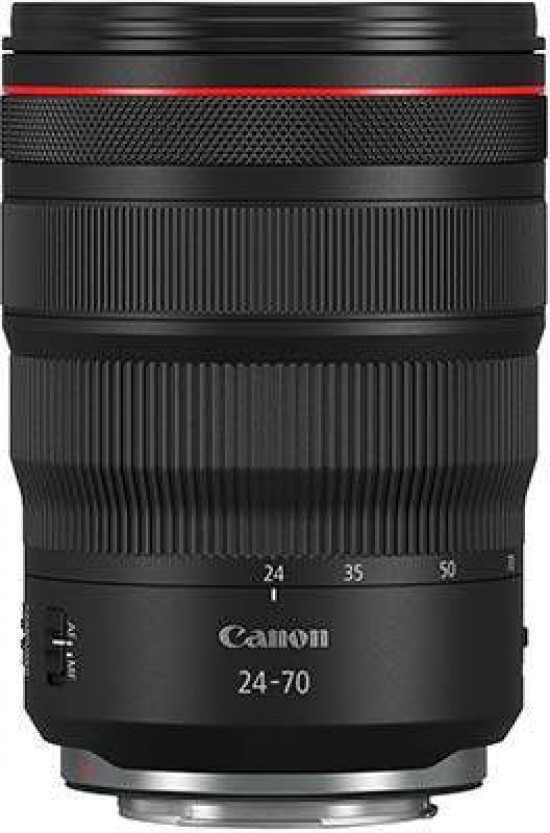 Canon introduced the 24-70mm f/2.8 L IS USM lens for the Canon RF mount used on its mirrorless cameras as part of a “trinity of essential pro lenses”.

Being a 24-70mm f/2.8 lens, this one in particularly is probably likely to be the most popular of the three and is ideal as a good walk around lens, especially for the larger Canon EOS R body.

As this is an L series lens, Canon says it also boasts the highest possible build quality, which includes weather-sealing and fluorine coatings on both the front and rear elements to guard against water droplets and dust. 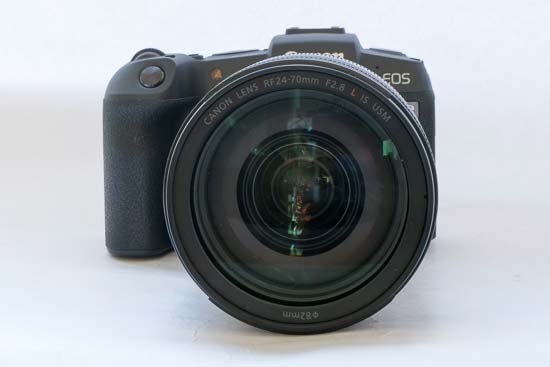 The RF 24-70mm f/2.8L IS USM lens is large and heavy. We’ve been using it with the Canon EOS RP, but it would probably be much better balanced with the standard Canon EOS R, which is of course more likely to be used by the advanced enthusiasts and professional users who are drawn to this lens in the first place. You’d have even better balance by attaching the optional battery grip for the Canon EOS R, too.

Size aside, it feels very well built, with weatherproofing giving you confidence that you can shoot using this lens in all kinds of different conditions. The lens mount is a high-quality metal construction, which again feels very strong and secure. 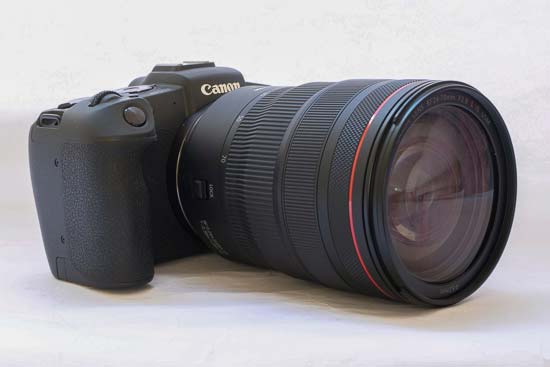 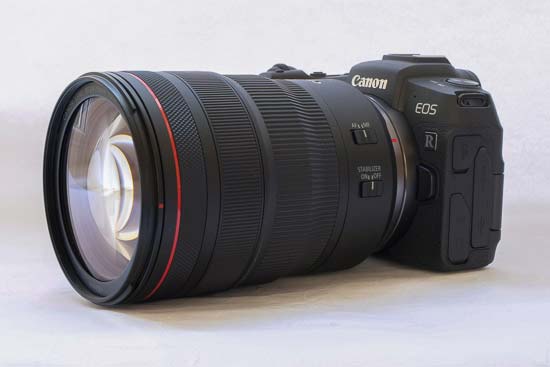 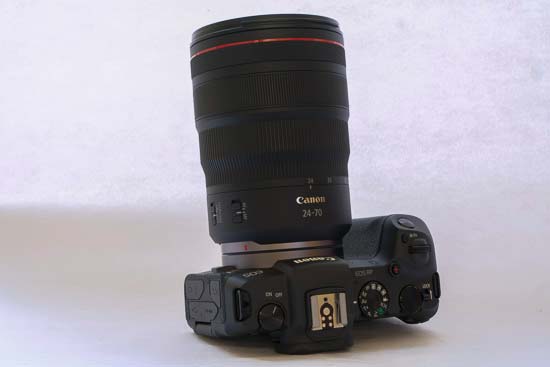 Towards the base of the lens there are two switches. An AF/MF switch sits just above an image stabiliser switch, which can be set to either on or off.

Around the Canon RF 24-70mm F2.8L IS USM lens there are three different rings to take note of. Towards the rear of the lens, you’ll find the largest ring, which controls the zoom of the lens. 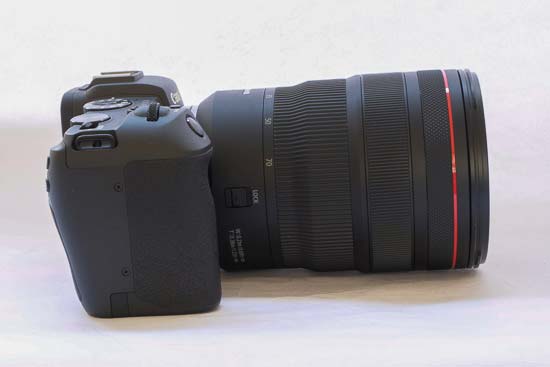 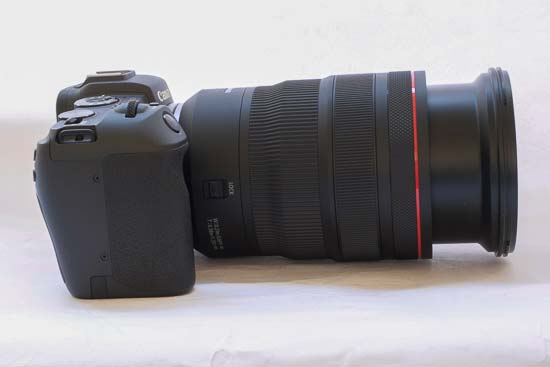 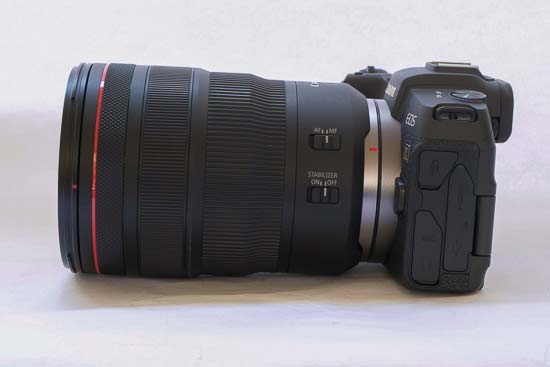 It is marked with different focal lengths to help quickly jump to the focal length you want - it is marked with 24, 35, 50 and 70mm. The zoom ring is ridged to help you get a good grip on it, and like the rest of the lens feels very sturdy and high-quality.

Just in front of the zoom ring, you’ll find the manual focusing ring ring which is about half the size of the zoom ring. It is similarly ridged to the zoom ring, but feels slightly different - if you’re not looking at the lens, you should be able to feel the difference in textures quite easily.

The focusing ring has just enough give to it to make fine tuning manual focus nicely precise, without being too tight or too loose. 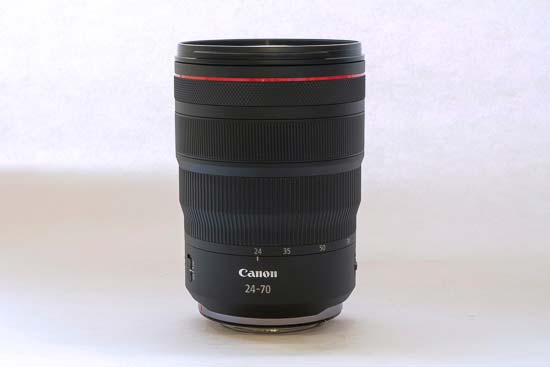 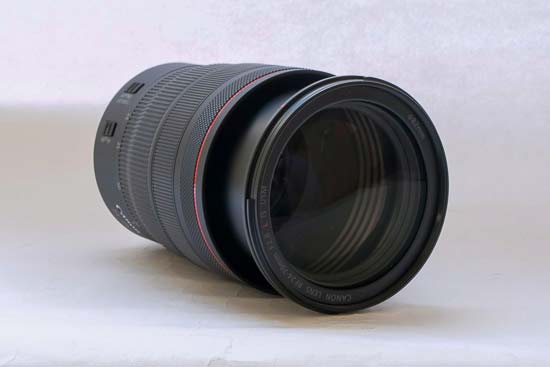 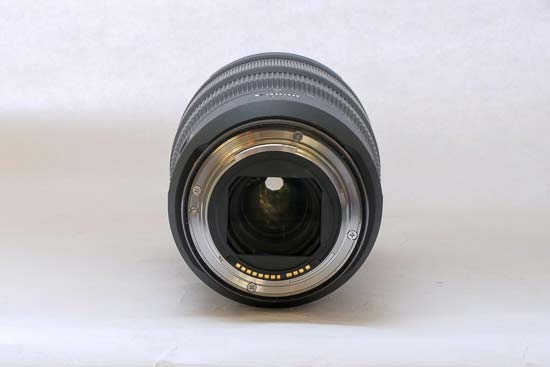 Finally, at the front of the lens there’s a ring which you can use for different settings which you can customise from the camera body. Depending on what you want to do, you can use it to change aperture, shutter speed, ISO or exposure compensation. You can also turn it off.

This ring has another different texture to the other two rings so again you can find it easily without looking at the lens. It’s worth noting that this lens clicks as you rotate it - that’s helpful for hearing or monitoring as you change a setting, but is less useful if you’re shooting video rather than stills. 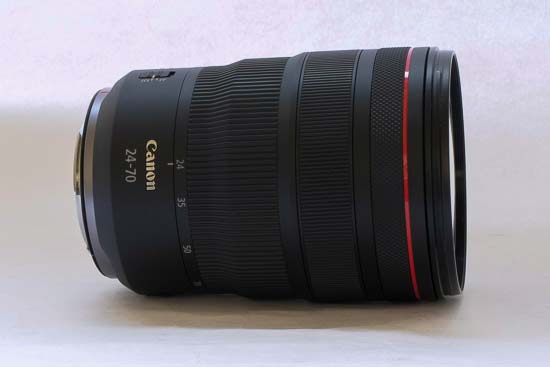 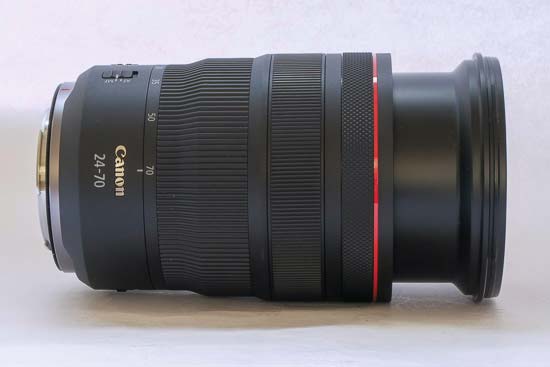 At the very front of the Canon RF 24-70mm F2.8L IS USM lens, you’ll see the distinctive red ring which adorns all Canon L series “professional” lenses. It doesn’t do anything, but it marks out the lens as belonging to the high-end range.

A lens hood is included in the box. It’s easy to attach the hood to the lens, as a red dot on the hood matches up to a red line on the lens itself. The lens hood can also be reversed for ease-of-transport. 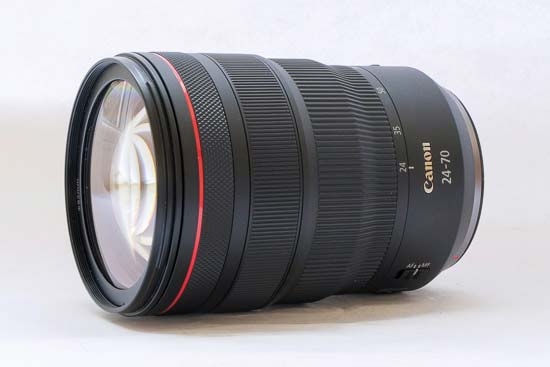 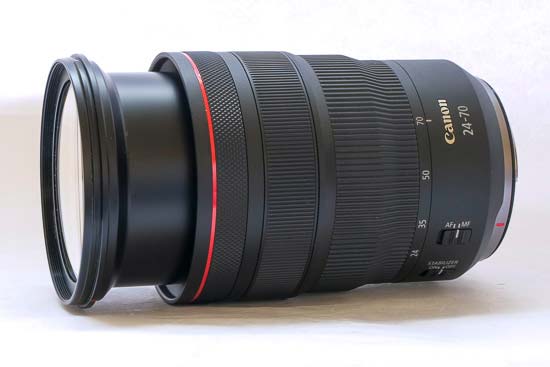 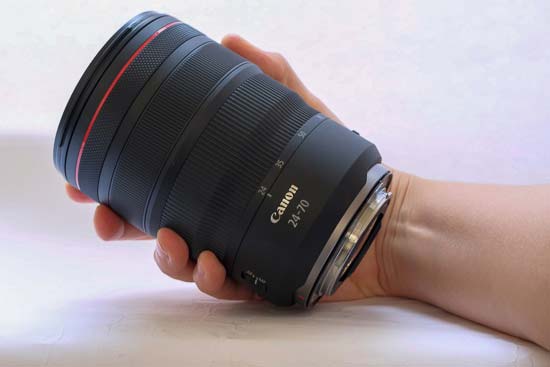 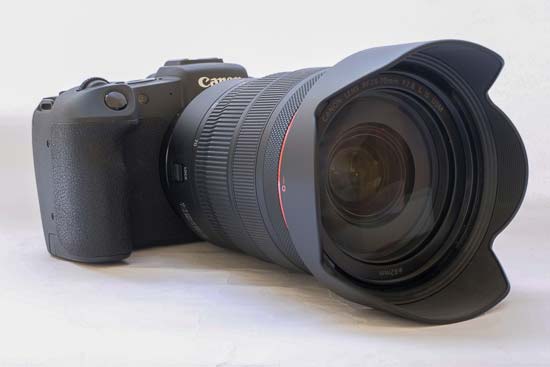 At the 24mm focal length the angle of view is 84 degrees. 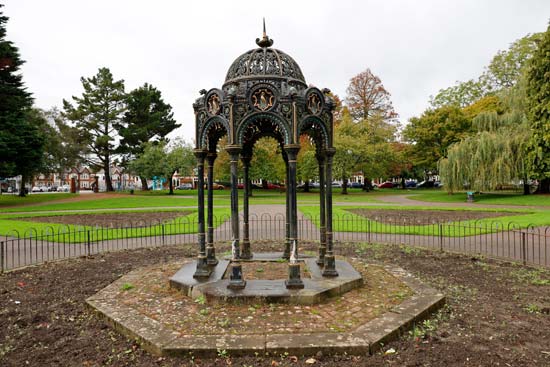 At the 70mm focal length the angle of view is 34 degrees. 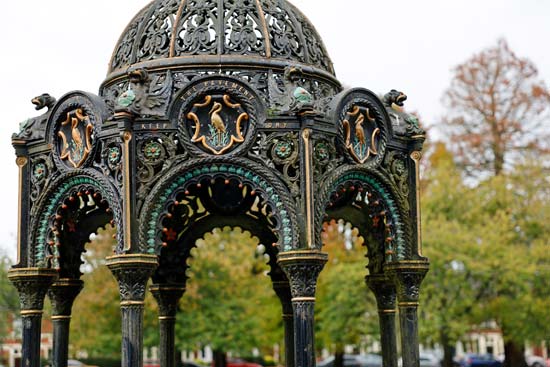 Typically characterised as blue or purple fringing along high-contrast edges in an image, chromatic aberration is a common problem for cheaper lenses.

As we’d expect from a lens of this calibre and price, it’s extremely difficult to find any noticeable incidences of it happening with the RF 24-70mm f/2.8 L IS USM lens.

If you examine at 100% images which are shot directly towards the sun you might find some slight blue fringing, but it is not noticeable at normal or printing sizes. 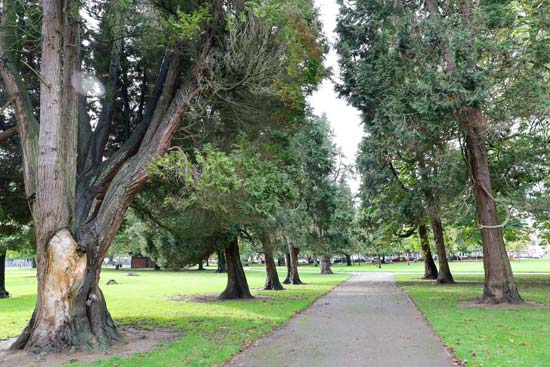 When shooting at the maximum aperture of f/2.8, you can see some light vignetting at 24mm, 35mm, and 50mm. It’s not hugely noticeable when shooting normal subjects, but you can see it when photographing a white wall. The effect is much more minimal when shooting at 70mm. Throughout the focal lengths, the problem almost completely disappears when you close down the aperture to f/4. 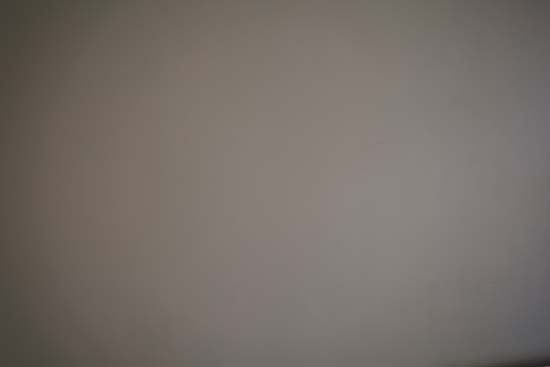 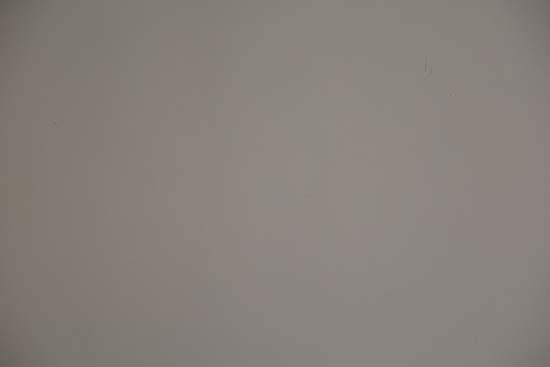 The RF 24-70mm f/2.8 L IS USM is not a designated macro lens, but you might want to engage it for typical macro subjects, such as flowers, especially at the telephoto end of the lens.

The closest focusing distance is 21cm at the wide angle end of the lens, and 38cm at the telephoto end of the lens. The maximum magnification available is 0.30x, which can be found when shooting at 32mm. 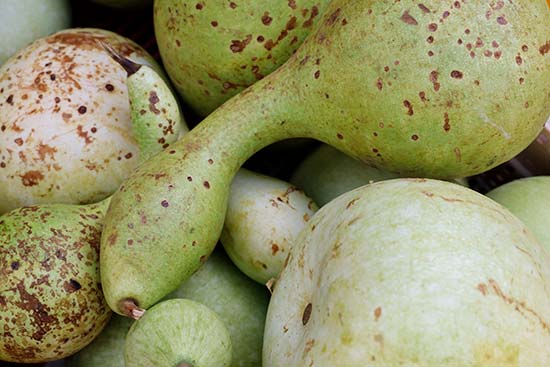 Bokeh is the word used to describe the out of focus areas in an image. It is usually described in qualitative terms such as creamy, smooth, pleasing and so on.

With a wide maximum constant aperture of f/2.8, and a high-quality construction, we’d expect the RF 24-70mm f/2.8 L IS USM to produce great bokeh and we have not been disappointed.

With attractive rounded bokeh, it’s a great lens for throwing the background out of focus. Since opinion on the quality of bokeh is generally subjective, we’ve included some examples below for you to have a look for yourself. 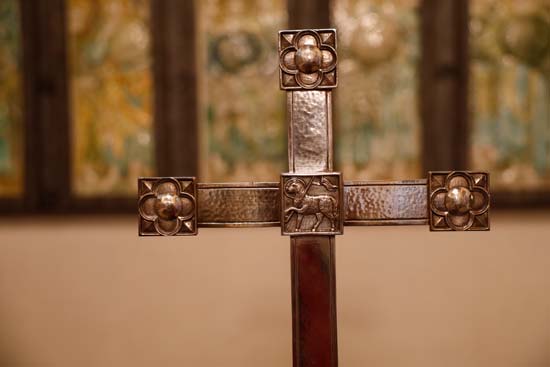 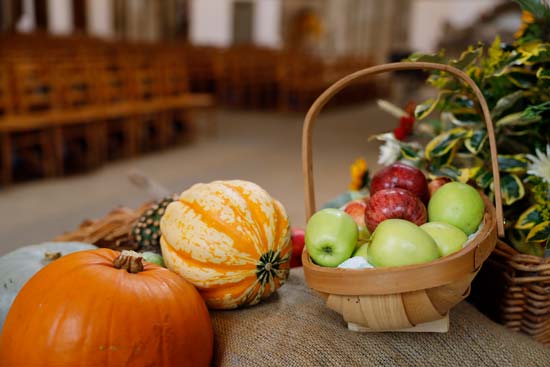 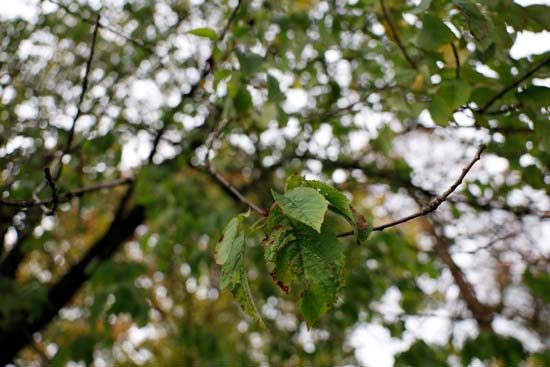 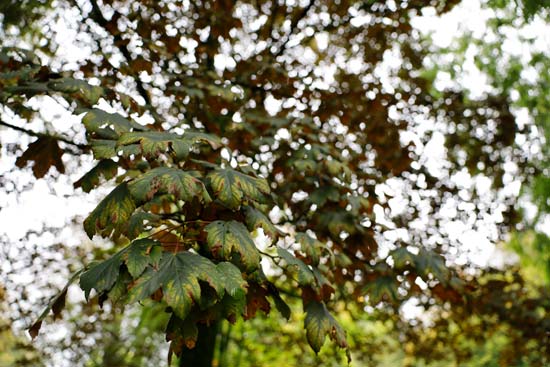