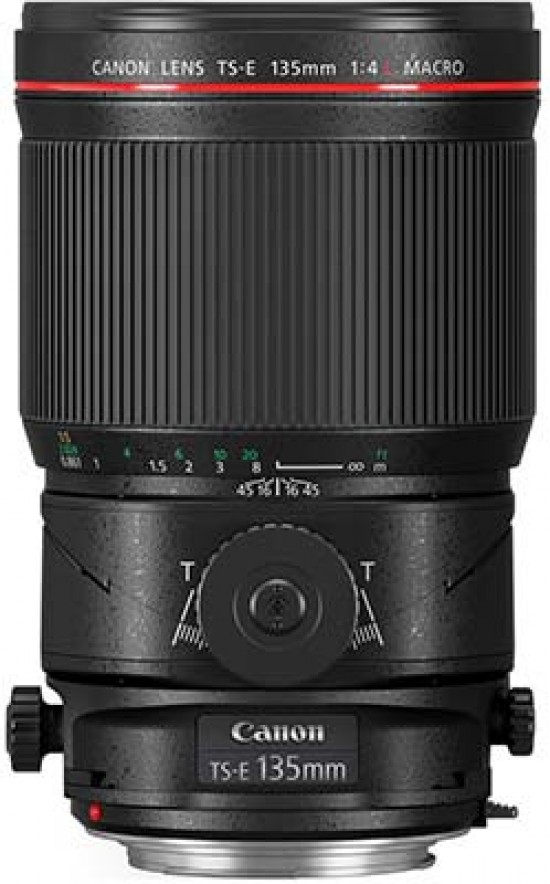 The Canon TS-E 135mm f/4L Macro Lens was one of the three new tilt-shift macro lenses introduced by Canon at the end of 2017. Unlike the 50mm and 90mm new tilt-shift lenses, the 135mm is not directly replacing anything, and introduces a new focal length for Canon’s range of tilt shift optics.

This lens is targeted at studio photographers, such as those who shoot food and products, giving precise control over the plane of focus to adjust depth-of-field in camera without the need for photo editing software.

Like the other new tilt shift lenses, it is a macro lens, with a minimum focusing distance of 49cm, and a ratio of 1:2. The lens construction consists of 11 elements in 7 groups, with 9 diaphragm blades.

At the time of writing, the Canon TS-E 135mm f/4L Macro Lens retails for around £2,500 - the same price as the other two new tilt shift lenses.

The Canon TS-E 135mm f/4L Macro Lens is very large and cumbersome, and while it balances out reasonably well with full-frame cameras, it’s almost certainly better to use this lens with a tripod where possible. 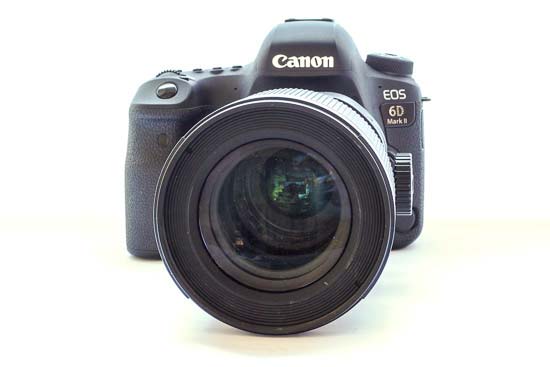 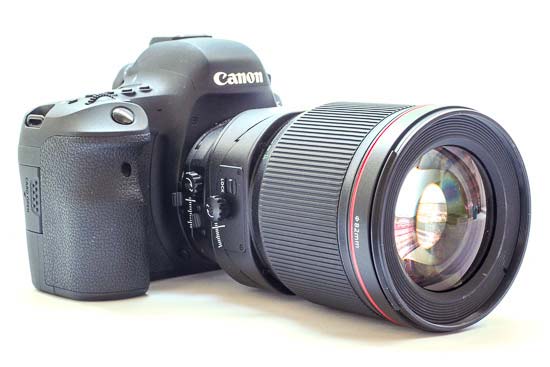 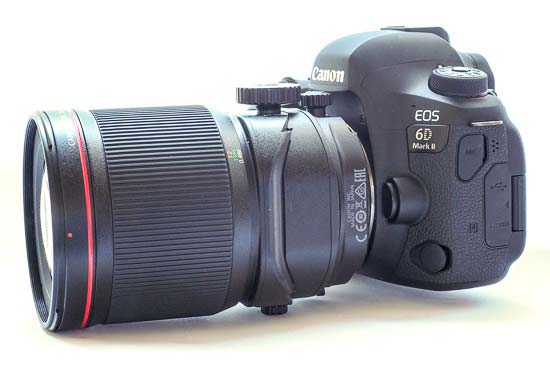 A lens hood (ET-88) is included in the box with this lens, and can be attached to the front of the lens.

A large focusing ring near the front of the lens has a textured grip. There are hard stops at either end of the focusing ring, so you’ll know when you have reached infinity focusing. The ring itself has a decent amount of give, but is still loose enough to allow for quick focusing movements. The focusing ring is marked with focusing distances, as well as magnification ratio.

Just behind the focusing ring, you’ll find the tilt mechanism. This is controlled via a large dial. You can tilt all the way in either direction, as well as choosing increments in between. On the opposite side of the lens is a locking switch, as well as a small dial which you can use to loosen or tighten the tilting mechanism. 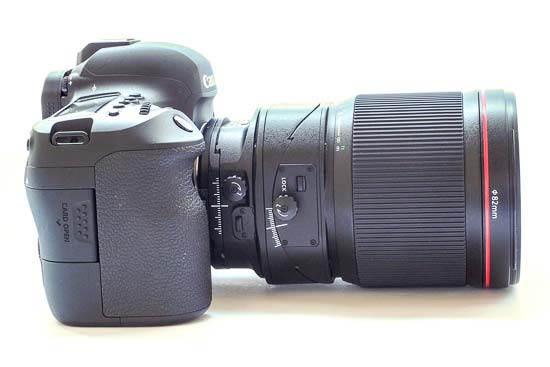 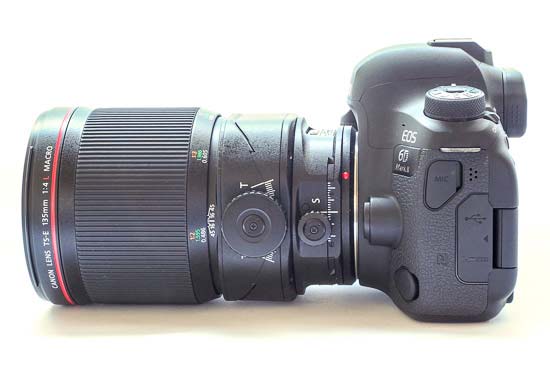 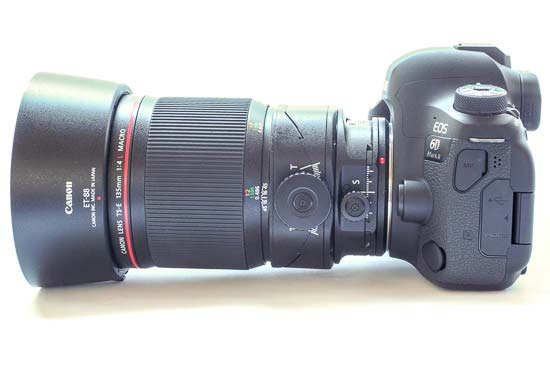 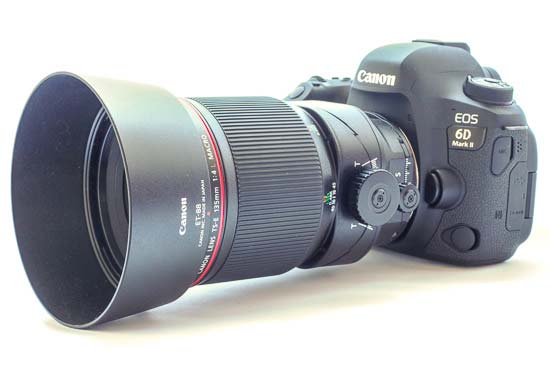 The shift mechanism is behind the tilt mechanism. With this, you can use a dial to shift the lens left, right, up or down. The dial which controls this is quite small and a little fiddly, while it can also be loosened or tightened from a dial on the opposite side of the lens. The secondary dial here can also be used to lock the shift in place.

Finally, there is a lever which can be pressed down to rotate the lens. There are 7 different rotate positions (three to the left, three to the right, and the central - ordinary - position). 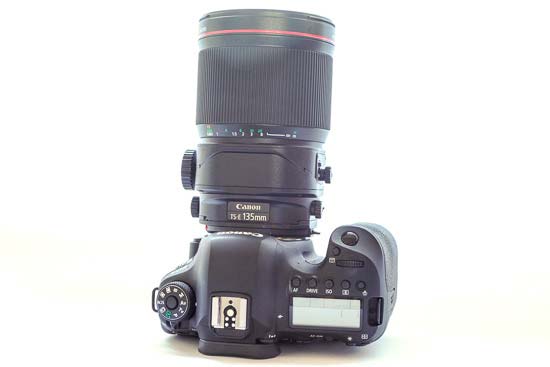 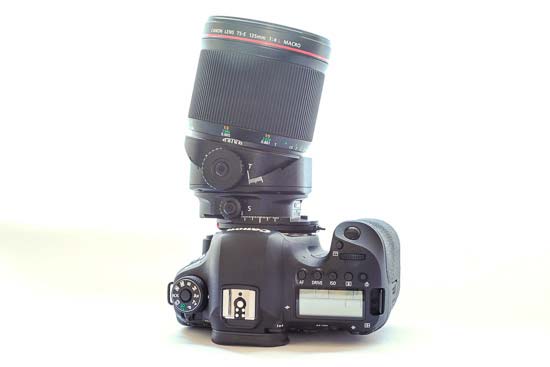 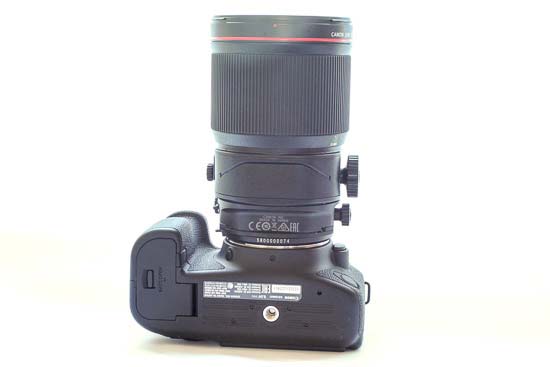 As with other tilt shift lenses, you can use the lens as an ordinary prime lens if you don’t engage any of the tilt, shift or rotate mechanisms. This could be useful if you’re trying to save space in your bag, but bear in mind that the lens is manual focus only.

Using a tilt shift lens is a specialist skill which takes time and effort to master. Different effects can be created depending on whether you tilt, shift, or rotate the lens - and all the different combinations thereof. A popular effect with tilt shift lenses is to create a miniature style effect, but, especially considering the long focal length of this lens, there are better purposes for it. 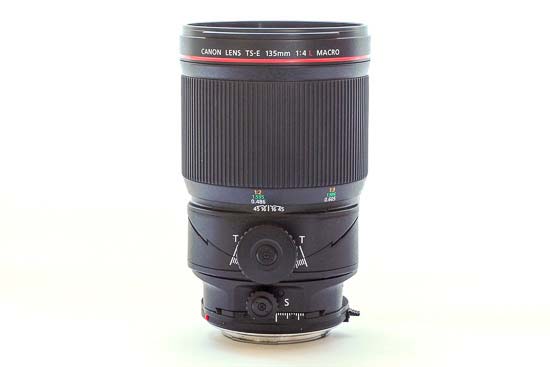 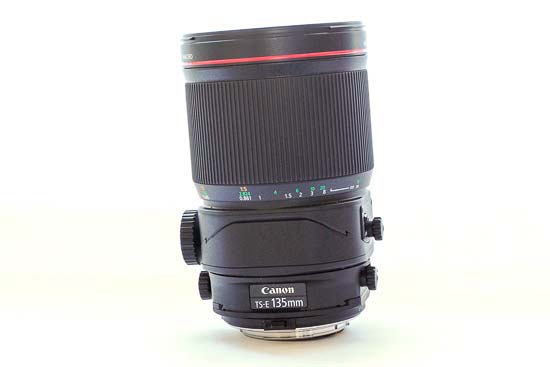 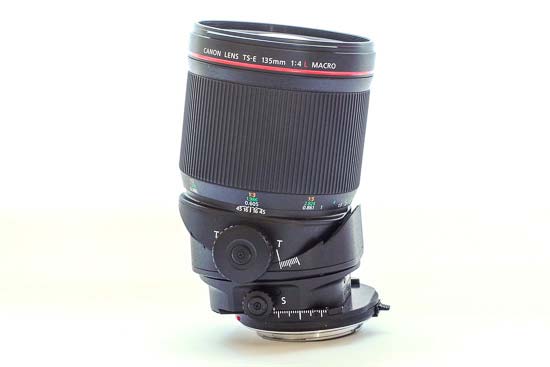 This lens, like all tilt-shift lenses, is manual focus only. You can use the focusing ring at the front of the lens to achieve focus - it’s recommended that you use a tripod and switch on Live View to get precise focus.

This lens is great for product and food photography, giving you the option to choose a plane of focus that is not possible with standard lenses. You could use this lens for architectural detail, but a wider angle is more likely to be your preferred length of choice for those kind of shots. 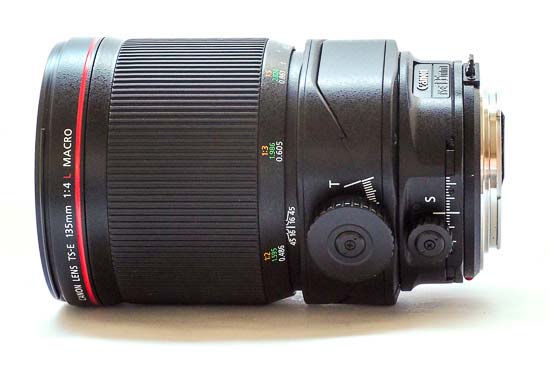 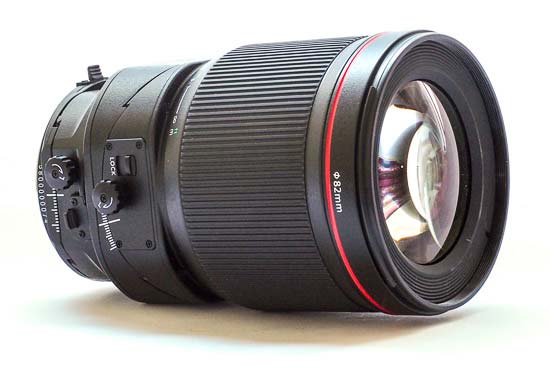 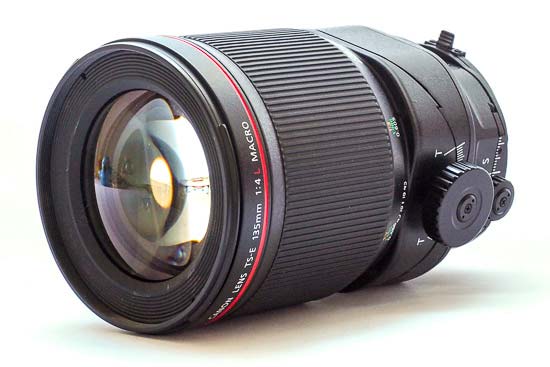 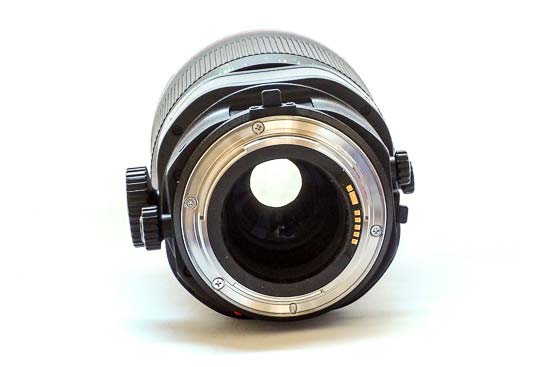 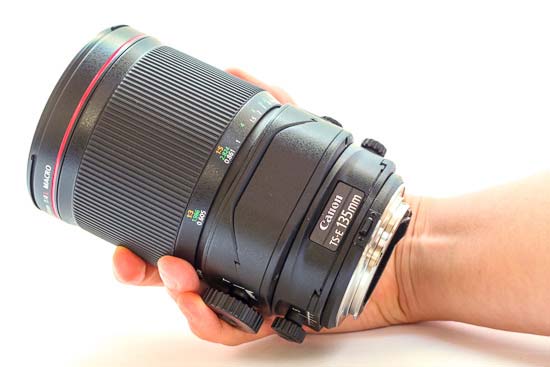 The Canon TS-E 135mm f/4L Macro Lens has a focal length of 90mm. It is mainly designed to be used on full-frame cameras, but if you were to attach it to a camera with an APS-C model, you can expect a focal length of 216mm. The angle of view is 18 degrees. 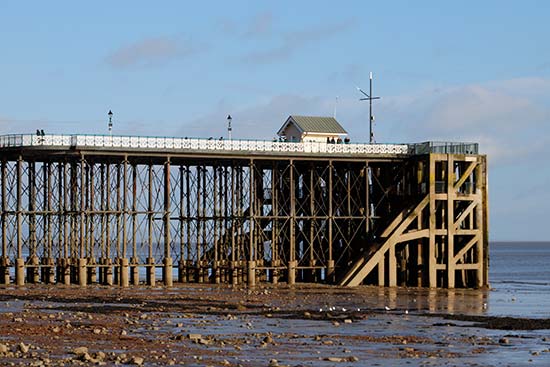 Typically characterised by purple or blue fringes along high-contrast edges, chromatic aberration can be a problem for some lenses. Just like the other lenses in Canon’s new range, the Canon TS-E 135mm f/4L Macro Lens has such a high construction quality that chromatic aberrations are all but non-existent. Certainly, it’s a struggle to find any notable examples of it happening.

At its widest aperture of f/4, there is a little light drop off in the corners, something which is obvious when shooting a white wall. When shooting normal scenes, this is less noticeable. By the time you reach f/5.6, light drop off has pretty much disappeared. 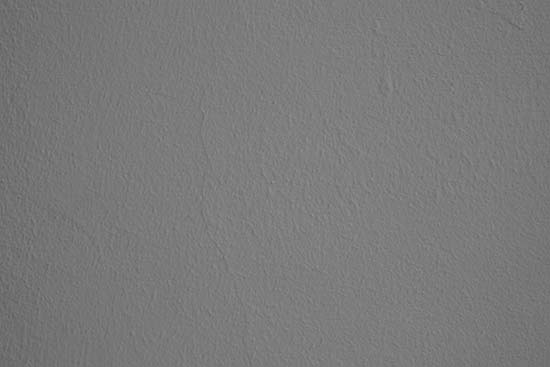 As we’d expect, shooting subjects straight on presents very little distortion. You can engage the shift mechanism to shift the lens for distortion free images of buildings and so on - it’s unlikely that this lens will be an ordinary choice for most architectural type photographers though. 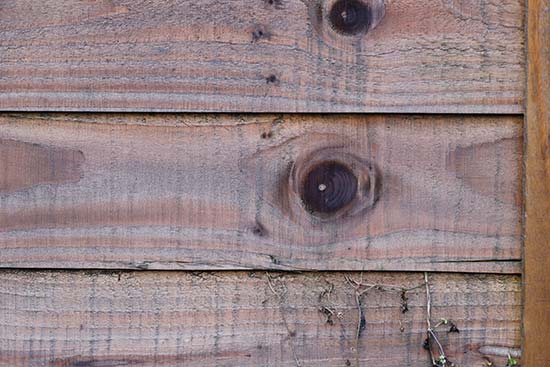 The Canon TS-E 135mm f/4L Macro Lens is a dedicated macro lens, offering a maximum magnification ratio of 1:2. The closest focusing distance is 48cm. It is a good choice for typical macro type subjects, such as flowers and food, however it is best to use the lens in the studio / home environment where the subject doesn’t move. The plane of focus can be so precise, that even a slight movement in the breeze can throw focus off completely. 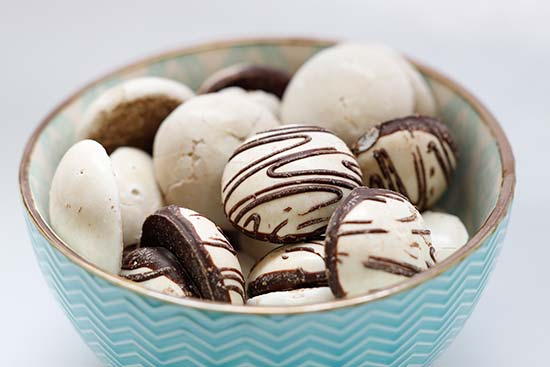 With a maximum aperture of f/4, the Canon TS-E 135mm f/4L Macro lens has a slightly narrower maximum aperture than the other two macro tilt shift lenses announced at the same time (both feature f/2.8 aperture). Never-the-less, it is very capable of producing some lovely shallow depth of field effects. Bokeh, the term given to out of focus areas, tends to be described in qualitative terms, such as smooth, pleasing or creamy. With the Canon TS-E 135mm f/4L Macro Lens, the bokeh produced is indeed very smooth, rounded and very pleasing to look at. Since this can often be a subjective opinion, we have provided some 100% crops for you to judge for yourself.