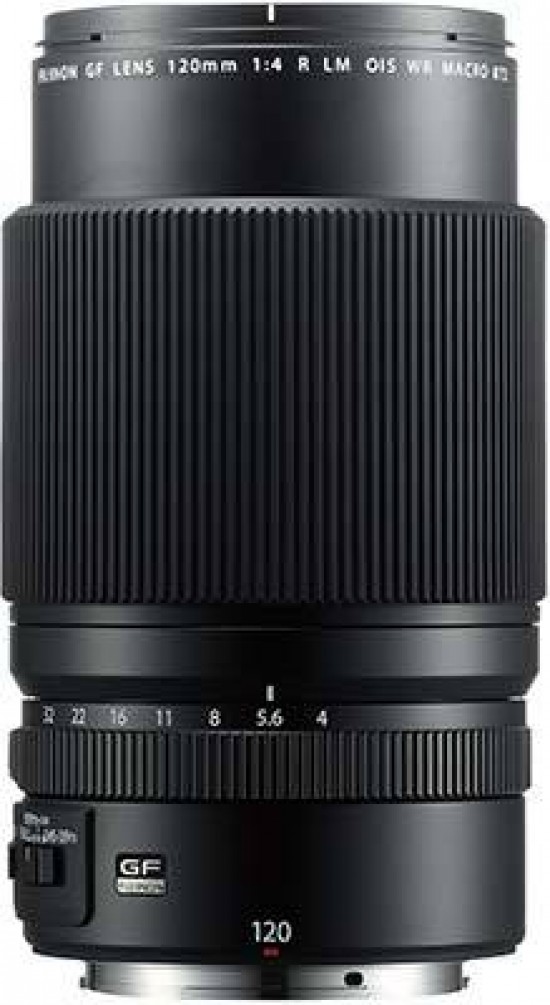 The Fujifilm GF 120mm f4 R LM OIS WR Macro is very versatile, doubling up as both a macro and portrait lens thanks to its 1:2 magnification, 45cm close focus distance, speedy auto-focusing (for such a large lens) and very effective optical image stabilisation. It might not be the fastest optic on the block, but the outstanding image quality and intuitive handling makes up for that. On the downside, it is undoubtedly a heavy and expensive lens.

The GF 120mm is a very sharp lens that exhibits almost no chromatic aberrations, has negligible distortion and is capable of producing some lovely bokeh. Vignetting at wide-open apertures is the only real optical issue of note, although stopping down to f/8 solves the problem altogether.

The high-speed linear AF motor makes it suitable for life in the studio (or out) as a portrait lens, and it obviously does very well as a dedicated macro lens. As with Fujifilm's X-series lenses, build quality is excellent, with the metal lens mount and sober all-black design adding to the high-quality feel, and the continuation of the traditional aperture ring being very welcome. Manual focusing is also a pleasure thanks to the massive, well-damped focusing ring.

Although it's the most expensive of the three lenses that Fujifilm chose to launch alongside the GFX 50S camera, the fact that the Fujifilm GF 120mm f4 R LM OIS WR Macro can very effectively double up for both macro and portraiture makes it more of a sound investment than a first glance at the spec sheet might suggest.