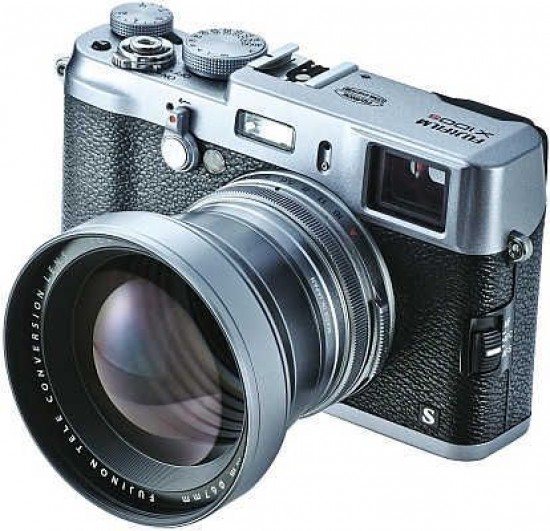 The Fujifilm TCL-X100S is another classy addition to your X100S kit, perfectly matching the camera body in both build and optical quality and usefully lengthening the focal range from 35mm to a classic 50mm. With a rumoured price of around £250 / $299, it's not exactly an impulse buy, but along with the WCL-X100 wide-angle convertor it does add a lot of extra versatility to the X100/S.

Available in two colours to match your particular X100/S and made in Japan, the TCL-X100S is no ordinary tele-conversion lens. As soon as it's fitted you almost instantly forget that it's there, such is the close integration with the X100S, although it is visible in the bottom right-hand corner of the optical viewfinder, and it does onstruct the built-in flash and the auto-focus assist lamp.

Image quality is a little underwhelming when the lens is used wide-open, producing a rather dreamy effect, but sharpness is great in the center when it's stopped down to f/4, and at the edges of the frame from f/5.6 onwards. Chromatic aberrations in particular are very well controlled, geometric distortion is impressively low, and there's little vignetting to be concerned about.

If you really want a narrower angle of view than the X100S natively offers then the new TCL-X100S tele conversion lens is a solid choice, and a logical addition to the already released WCL-X100, giving the discerning X100/S owner a very nice collection of 28mm / 35mm / 50mm lenses.