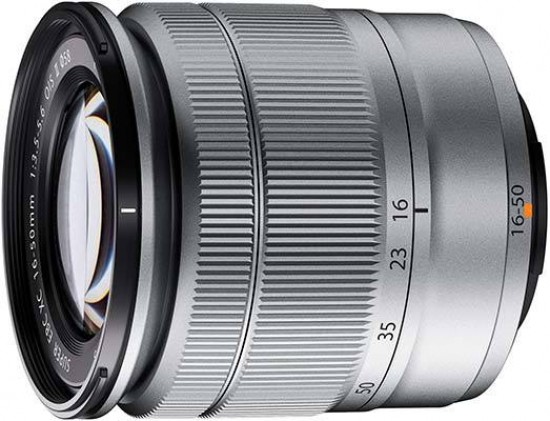 The Fujifilm XC 16-50mm F3.5-5.6 OIS II lens is a great choice for anybody who has just bought their first Fujifilm camera. It’s also a good way to keep your kit bag light, or if you only want to carry one lens with you. It’s got just the right amount of versatility to make a good walk around lens, mimicking the classic focal length of 24-70mm (24-75mm in this case).

It’s good to see Fujifilm offering a lower cost kit lens to match its lower-cost cameras. That said, you could also happily use this lens with one of the more expensive cameras in the range if you wanted to keep overall costs down. There are some trade offs to using this lens compared with the 18-55mm f/2.8-4 lens - the aperture isn’t as wide, the construction isn’t quite so high quality and there’s no aperture ring - but image quality is really very good none-the-less.

The Fujifilm XC 16-50mm F3.5-5.6 OIS II lens copes well in a range of different shooting scenarios, and it also displays very little problems in the way of vignetting or light drop off. It is capable of producing some sharp and detailed images, and it’s also able to create shallow depth of field effects with an attractive bokeh in some scenarios. The optical image stabilisation also helps to keep images blur-free when shooting handheld, so you can use the lens with confidence in lots of different shooting conditions.

While it’s likely that at some point you will want to add to your collection of lenses for a Fujifilm camera, for something to use as your general every-day or walk around lens, the 16-50mm is a very good option.

Although it’s perhaps most likely that you might purchase this lens alongside one of Fujifilm’s cameras, particularly the X-A3, you can buy it separately. At its current price of around £330, it’s certainly not the cheapest on the market - but, by Fujifilm standards, it compares well with the 18-55mm f/2.8-4 kit lens which currently retails for around £620.

You can still buy the original 16-50mm f/3.5-5.6 lens, which is very similar but features the first generation optical image stabilisation. You can pick this lens up for around £250, which is a significant saving if you think you can live without the extra benefits the better stabilisation system brings - perhaps if you mainly shoot in bright light. The newer lens is also better for close-up work, being able to focus at a closer distance and also having a better maximum magnification rate - again, whether you need that will very much depend on the subjects you like to shoot.

Overall, the Fujifilm XC 16-50mm F3.5-5.6 OIS II is a very competent kit lens which produces some excellent images which are generally beyond what we’d normally expect from a kit lens.