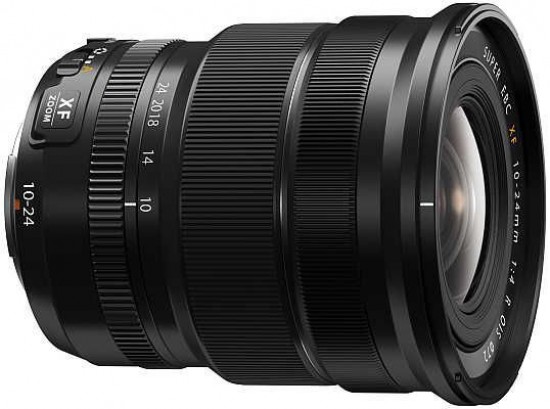 The Fujifilm XF 10-24mm F4 R OIS is the widest lens in the fledgling XF line-up and is therefore worthy of attention from anyone interested in capturing everything from landscapes to up close and personal street photos. As well as being ultra-wide, it's also a great lens in its own right, with virtually nothing to complain about apart from the price.

The Fujifilm 10-24mm lens is remarkably sharp in the image centre at f/4 throughout the entire focal range, and you only need to stop-down to f/5.6 to get acceptably sharp edges too. Vignetting is practically a non-issue, and chromatic aberrations are only noticeable by their almost complete absence. Barrel distortion is also very well controlled, even at 10mm, an amazing performance given the ultra-wide-angle focal length. The close-focus point of 24cm comes in handy when including foreground interest in the image, as you often do in landscape and architectural photography, or for taking close-up street photos.

The Fujifilm XF 10-24mm F4 R OIS's auto-focus system is fast and quiet. It also offers a generously wide focusing ring and a very welcome aperture ring which makes it quick, easy and precise to set this key element of exposure. We did miss having the aperture values marked on the lens itself, instead relying on the LCD screen/viewfinder to display the aperture, and there's no focusing distance scale with depth-of-field markings to make it easier to zone-focus. The lens mount is made of metal and, thanks to an internal focusing (IF) system, the front element and filter thread do not rotate on focus, which is very good news for those using polarisers and ND grads on a regular basis. Note that the Fujifilm XF 10-24mm F4 R OIS has a 72mm filter, the largest of any XF lens, which is costly and may also introduce vignetting at the wider focal lengths on some square filter systems.

Perhaps the only real fly in the ointment is the price. Officially retailing for £949.99 / $999.95, this definitely isn't a cheap lens, but it could conceivably replace both the 14mm f/2.8 and 18mm f/2 lenses if you don't need their faster maximum apertures and you don't mind the added bulk of the 10-24mm lens. Capable of delivering sharp and distortion free images throughout its versatile focal range, the Fujifilm XF 10-24mm F4 R OIS is another very high-quality addition to the XF lens range and definitely worthy of our Highly Recommended award.