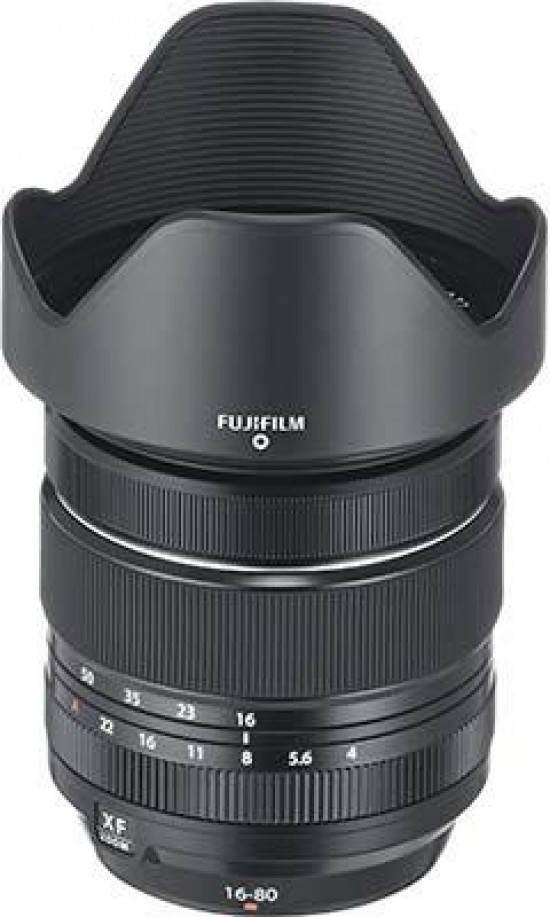 It's smaller, lighter, longer and cheaper than the flagship XF 16-55mm f/2.8 R LM WR optic, and it additionally offers an impressive 6 stops of image stabilisation that further enhances its versatility.

On the other hand, image quality isn't as impressive as its faster brother, and you obviously have to sacrifice the faster f/2.8 constant maximum aperture that the more expensive lens offers.

The maximum aperture of f/4 sounds limiting, but with the lens set to 80mm it's quite easy to creatively throw the background out of focus, with the nine-blade iris diaphragm achieving some lovely bokeh effects.

The Fujifilm XF 16-80mm F4 R OIS WR is remarkably sharp in the image centre at the 16mm and 23mm settings, then a little soft at f/4 from 35mm onwards. Edge performance isn't as good throughout the focal range, requiring you to stop down to f/5.6 to achieve acceptable results.

Vignetting is well-controlled and chromatic aberrations are virtually non-existent. There is some barreling at the 16mm wide-angle focal length, but no pincushion distortion of note at the 80mm setting.

The lens' macro performance is rather unremarkable but its close-focus point of 35cm still comes in useful when including a foreground interest in the image, as does the maximum magnification of 0.25x at 80mm.

The 10-point weather-sealing makes the XF 16-80mm F4 R OIS WR a perfect partner for the similarly weather-proof X-T3 body that we tested the lens with.

Build quality is good rather than great, with the barrel made out of plastic and the lens mount metal. Thanks to an internal focusing (IF) system, the front element and 72mm filter thread does not rotate on focus, which is very good news for those using polarisers and ND grads on a regular basis.

Overall, it may not scale the optical heights of the XF 16-55mm f/2.8 or offer the same fast maximum aperture and superlative build-quality, but for many photographers the extra zoom range, excellent OIS, more compact design and cheaper price-tag will more than compensate for the lens' other short-comings.