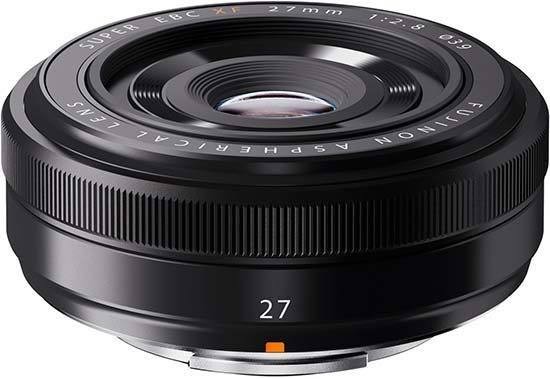 The Fujifilm XF 27mm F2.8 is the most compact lens in the fledgling XF line-up and is therefore worthy of attention from anyone interested in using a small, discrete and lightweight camera system, especially when paired with the new X-M1 body.

The Fujifilm 27mm lens is remarkably sharp in the centre of the image virtually throughout the entire aperture range, with only f/16 suffering from diffraction. Sharpness at the edges, however, isn't so good, requiring the user to stop down to f/8 to get acceptably sharp results.

The fast maximum aperture of f/2.8 makes it easy to creatively throw the background out of focus, with the seven-blade iris diaphragm achieving some lovely bokeh effects. Vignetting is practically a non-issue, and chromatic aberrations are present but very well-controlled. There is no barrel distortion and very little vignetting even when shooting wide-open.

The Fujifilm XF 27mm F2.8's auto-focus system is quick and accurate , although it has a rather loud mechanism. Both the responsive focusing ring and lens mount are made of metal and, thanks to an internal focusing (IF) system, the front element and 39mm filter thread do not rotate on focus, which is very good news for those using polarisers and ND grads on a regular basis.

Priced at around £379.99 / $449.99 this isn't exactly a cheap lens on launch, but it does deliver great image quality in the centre of the image. It's a real shame that the edges aren't quite in the same league until you stop down to f/8, which prevents us from recommending the Fujifilm XF 27mm F2.8 lens more highly.