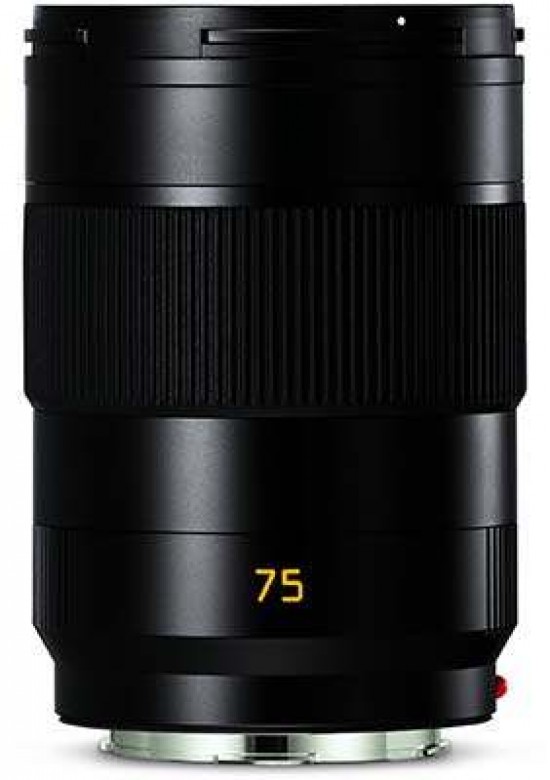 The Leica APO-Summicron-SL 75mm f/2 ASPH was announced at the same time as Leica’s 90mm f/2 lens, both of which are the first of a new line of Summicron-SL lenses.

Designed to be used with the full-frame mirrorless Leica SL, 75mm is an ideal focal length for a range of different subjects, particularly what Leica describes as “natural portraits.”

Leica says that the design of this lens, along with the 90mm lens, uses extremely precise manufacturing, allowing them to be more compact and lightweight than you might expect a lens of this focal length and maximum aperture to be.

Specifications include a new faster autofocusing system, as well as a short close-focusing limit to enable you to fill the frame. Sharpness is promised, even at the maximum aperture, while there’s high-quality coatings applied to the lens to reduce problems such as reflections, ghosting and flare.

The design of the lens itself consists of 11 elements in 9 groups, plus there is also dust and moisture sealing to make it good to use in a variety of different weather conditions.

Both the 75mm and the 90mm lenses are roughly the same size as each other, while both feel extremely robust and well-made. The lens feels as if it could withstand some heavy use, and meet the demands of the rigour of a professional photographer. It has dust and weather-sealing, so you also feel confident when using it in less than perfect weather conditions. 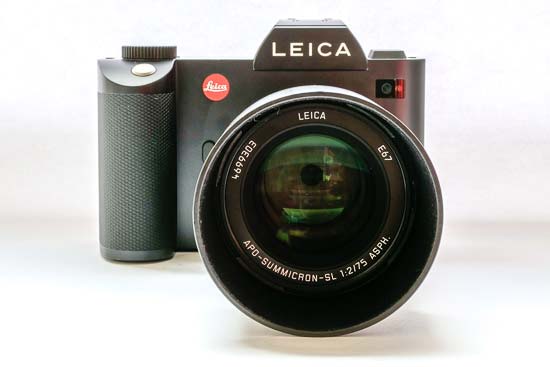 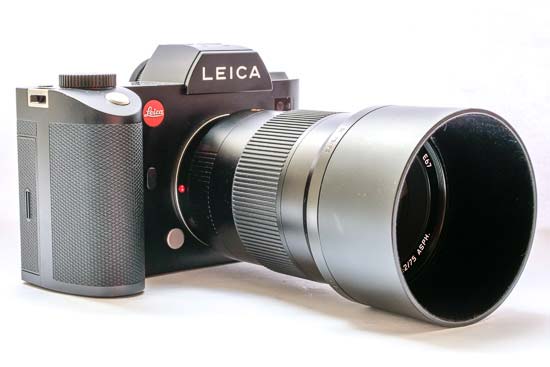 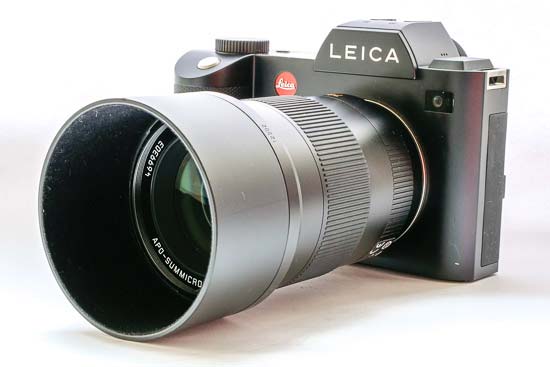 As there’s no buttons or dials, if you need to switch between manual focusing and autofocusing, you’ll have to do that via the camera itself. There’s also nothing written on the lens itself, such as focus indicators, aside from the focal length (75) in yellow letters. On the underside of the lens barrel you’ll see “Leica Camera Wetzlar, Made in Germany”, along with the lens’ unique serial number. 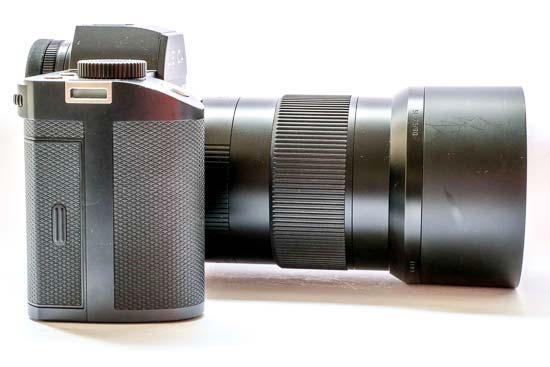 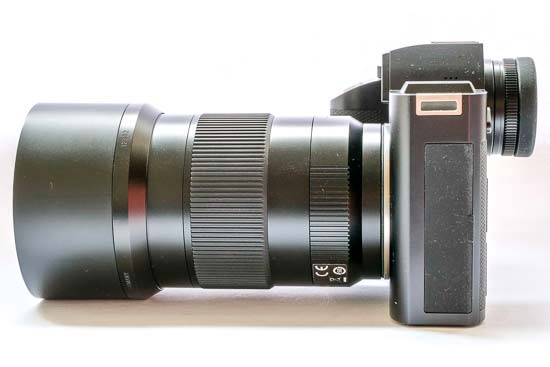 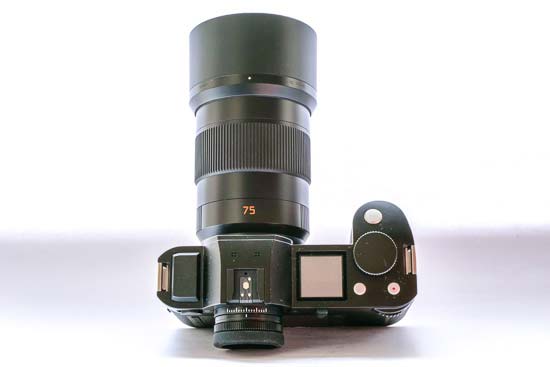 The base of the lens itself is partly ridged, which helps you to get a good grip on it - particularly when using your spare hand to steady the lens. Despite the fact that the lens is relatively small and light for a lens of this focal length and wide aperture, it still balances well with the rather large body of the Leica SL.

For manual focusing, there’s a ring around the centre of the lens. This lens is an autofocus lens, so first you’ll need to engage manual focusing from the body of the camera itself. If you’re photographing certain subjects, such as macro and food, tight control over manual focus is likely to be welcomed - the focusing ring itself has a good degree of resistance to make micro-adjustments easy. There are no hard stops at either end of the focusing ring to help you know when the lens is set to infinity, though. 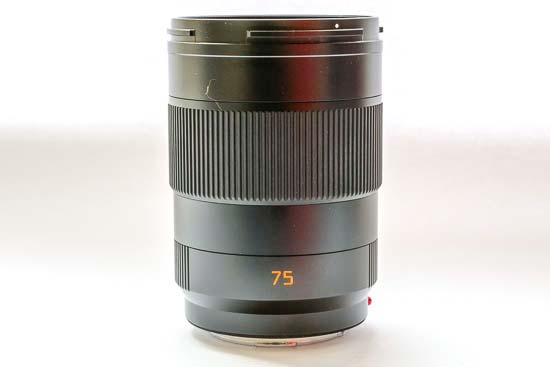 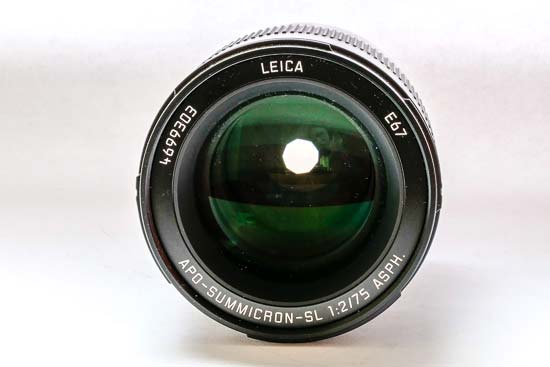 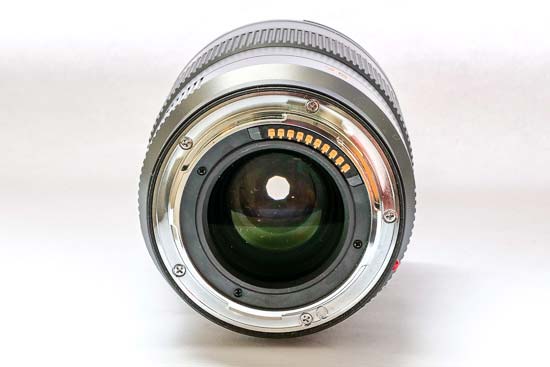 Supplied in the box is a large lens hood, which you can attach to the front of the lens to help shield it from direct sunlight. It can be removed and reversed to help keep the size down when transporting the lens in your bag.

This lens, along with the 90mm lens, features a new focusing system, which promises to deliver speedy autofocus. The autofocus drive employs stepping motors with DSD (Dual Synchro Drive), which means that focusing is quick and silent. This makes it ideal for use in quiet situations (such as in a church for example, or at a wedding ceremony), as well as while recording video. In the majority of instances, the lens locks onto the subject quickly and easily, without too much hunting around. 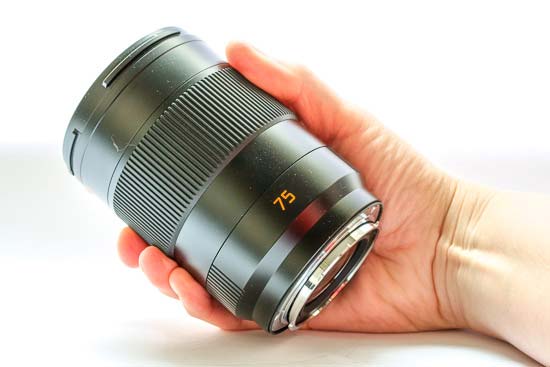 The Leica APO-Summicron-SL 75mm f/2 ASPH is for use on a full-frame camera, so it has the same focal length as printed on the lens - 75mm. It has an angle of view of 31.8 degrees. 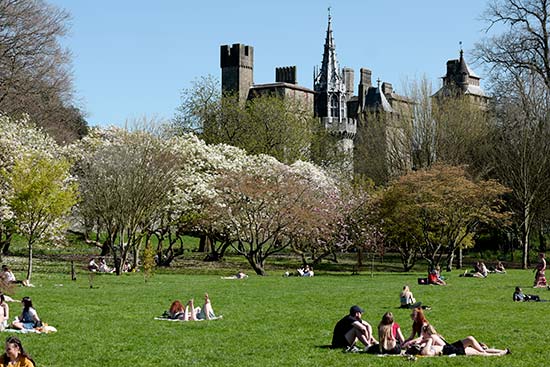 When shooting at the widest aperture (f/2.0), it’s possible to see some vignetting in the corners of the image. It’s noticeable mainly when shooting a subject like a white wall, as seen here, but it’s not particularly obvious when photographing normal subjects. The effect is lessened by f/2.8, and pretty much entirely absent when shooting at f/4.0. 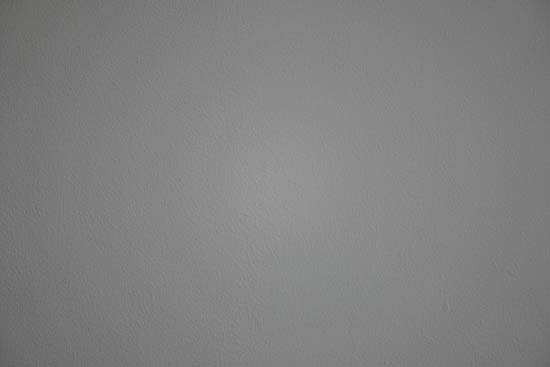 As we’d expect from a lens employing this focal length, there’s no real noticeable distortion, as can be seen in the image below.

The design of the lens is such that chromatic aberrations are supposed to be kept to a minimum. The lens is “apochromatic” - which is where the APO comes from in the full name of the lens. Typically seen as blue or purple  fringing along high-contrast edges in a scene, it doesn’t appear to be problematic with the Leica APO-Summicron-SL 75mm f/2 ASPH lens - in fact, I was unable to find any examples of it at all in the sample images.

This lens is not designed as a macro lens, but the focal length makes it a good contender for typical macro subjects, such as food and flowers. It also has a good close focusing distance of 0.5 metres, making it easy to get nice and close to your macro-type subjects. The largest reproduction ratio is 1:5. 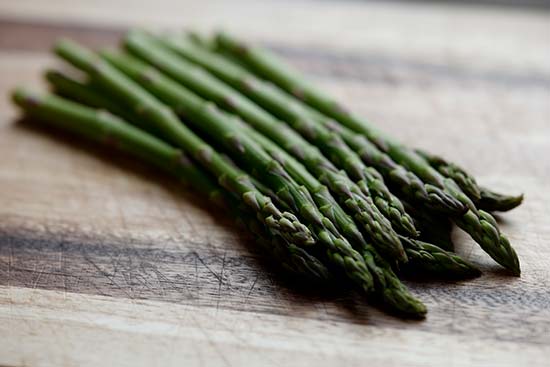 Bokeh is the term usually applied to out of focus areas in an image. With a wide maximum aperture of f/2.0, the Leica APO-Summicron-SL 75mm f/2 ASPH is very capable of producing attractive shallow depth of field type  images. When pointed towards individual sources of light, the lens can produce lovely rounded bokeh. The quality of bokeh can usually be considered subjective, so we have included some samples here for you to judge for yourself.