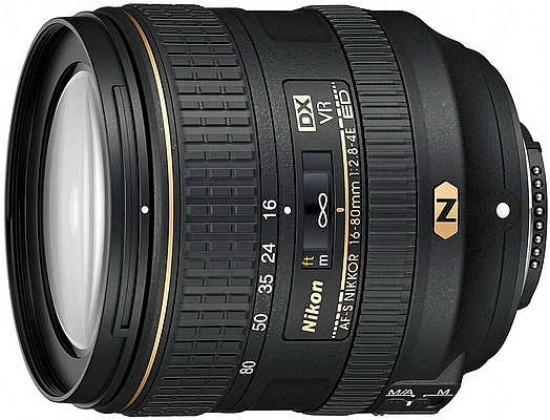 Armed with the famous gold ring, the AF-S DX Nikkor 16-80mm f/2.8-4E ED VR is clearly aiming to be a professional-grade lens for DX-format users, but the overall image quality doesn't quite live up to that billing, the mostly plastic build quality doesn't lend the lens a premium feel, the auto-focusing is good but not brilliant, and the asking price on launch is very high. Still, it's good to see Nikon are still innovating with their cropped DX series, given their recent focus on full-frame.

In terms of image quality, the AF-S DX Nikkor 16-80mm f/2.8-4E ED VR is sharp in the centre if you stop down a little, although performance at the edges is not quite as good. Bokeh is surprisingly nice thanks to the 7 aperture blades, the 35cm minimum focusing distance throughout the zoom range makes the lens more versatile than you might expect, and flare is very well controlled even when including the sun in the frame. It does suffer from noticeable barrel and pincushion distortion at the ends of the zoom range, though, which you'll have to correct in post-processing.