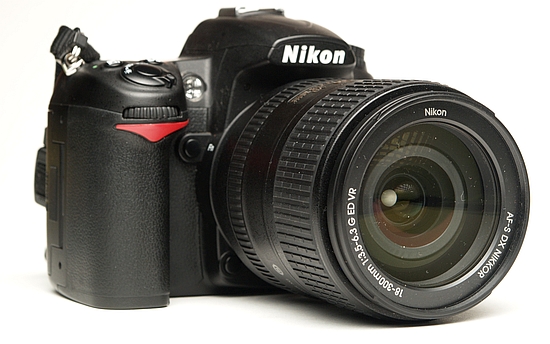 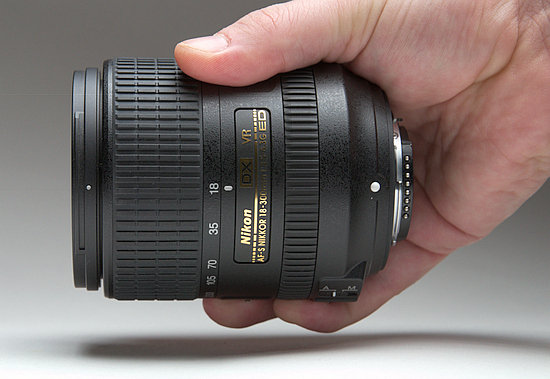 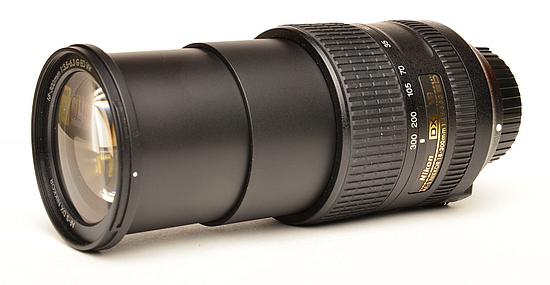 Zooming is not internal – as you can see, the front extends considerably upon zooming to 300mm. The ribbed zoom ring is sufficiently wide – and somewhat stiff too, but not annoyingly so. Zoom creep is not an issue. 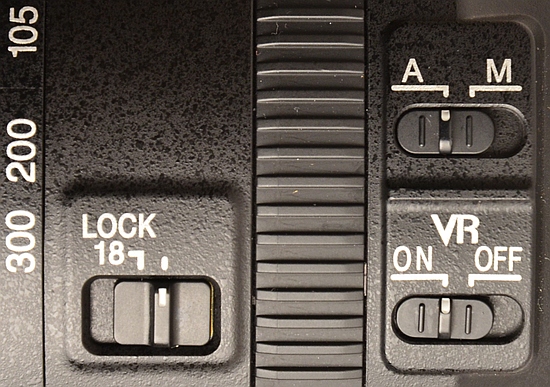 In terms of features, the new Nikon 18-300mm VR has less to offer than the older one. The VR (Vibration Reduction) system is less sophisticated – notably, there are no separate 'Active' and 'Normal' modes to choose from. The distance scale has also gone missing. On the other hand, the new lens does retain the IF (Internal Focus) mechanism and SWM (Silent Wave Motor) features, as well as the zoom locking switch that allows you to lock the zoom ring at the focal length of 18mm for carrying. Given that the lens isn't prone to zoom creep, there is little actual use for this switch, but Nikon recommends that you use it when carrying the camera anyway. 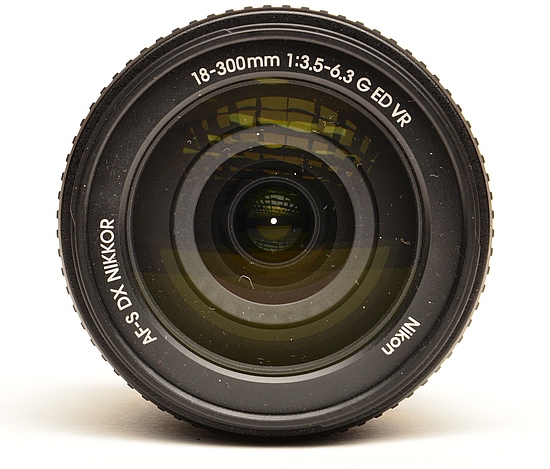 The lens takes 67mm screw-on filters, which are considerably cheaper than the 77mm ones needed for the 18-300mm f/3.5-5.6G ED VR. The filter thread does not rotate on focus. 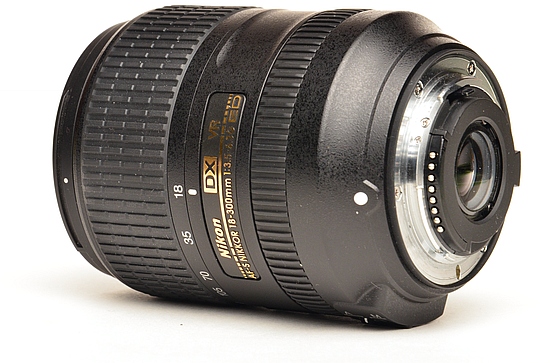 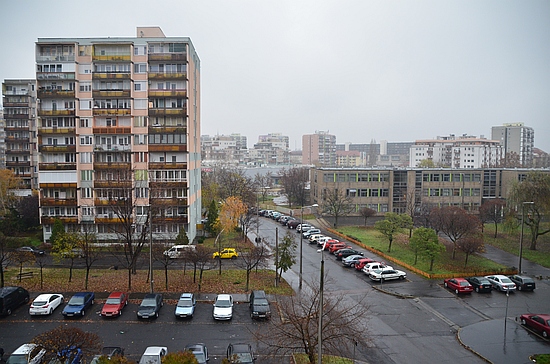 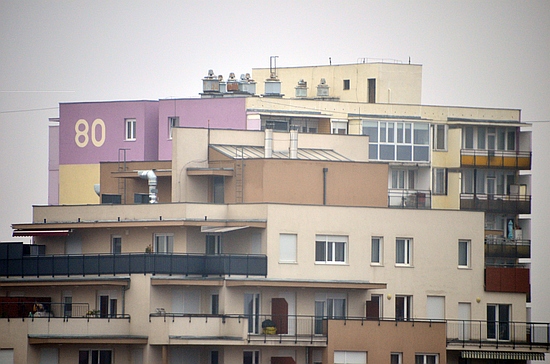 With the lens attached to a D7000, auto-focus is somewhat slower and more “hesitant” than on the  AF-S Nikkor 18-300mm f/3.5-5.6G ED VR. It's still noticeably faster than the AF-S 55-300mm f/4.5-5.6 DX telezoom, though. Thankfully the filter thread does not rotate on focus, making it that much easier to use graduated neutral density filters and polarisers. Manual focus enthusiasts should take note that the focus ring is rather narrow and located close to the lens mount. 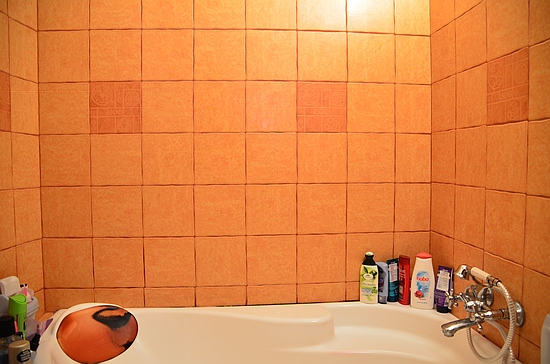 At the 18mm setting, there is noticeable barrel distortion, as demonstrated in the photo above. This turns into pincushion distortion fairly soon (somewhere between 28mm and 35mm). This type of distortion is especially visible at 50mm. 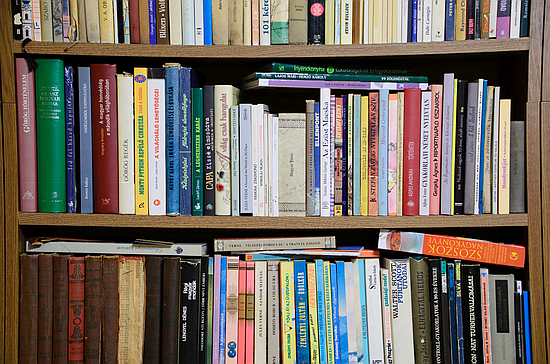 Chromatic aberrations, typically seen as purple or blue fringes in the peripheral areas of the image, are surprisingly well controlled on this lens. The examples below show what you should expect in the worst case. JPEG shooters won't even notice this much, as all modern Nikon dSLRs can eliminate chromatic aberrations very effectively. 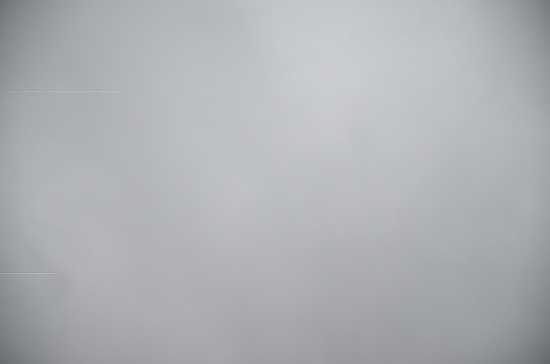 With the lens set to its maximum aperture, you can see pretty heavy light fall off in the corners at the wide end of the zoom range. Stopping down helps a lot here. 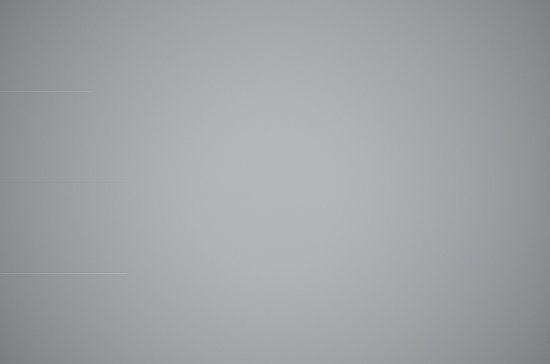 At the 300mm end, the phenomenon is even more pronounced.

Given that this is a DX lens, mounting it to a full-frame camera used in FX mode will result in extremely heavy vignetting, as you would expect.

The maximum reproduction ratio of the new Nikon 18-300mm VR lens is 1:3.125, with the minimum focus distance being 48cm – measured from the sensor plane rather than the front lens element – at all focal lengths. The following image illustrates how close you can get to the subject; in this case, a weather-beaten CompactFlash memory card. 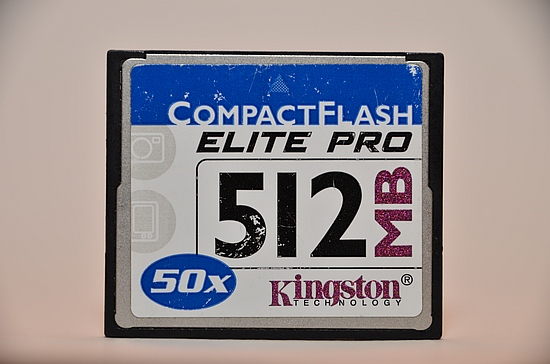 Bokeh is a word used for the out-of-focus areas of a photograph, and is usually described in qualitative terms, such as smooth / creamy / harsh etc. In the AF-S Nikkor 18-300mm f/3.5-6.3G ED VR, Nikon employed an iris diaphragm with 7 rounded blades, which has resulted in a surprisingly decent bokeh for a zoom lens, at least in our opinion. However, recognising that bokeh evaluation is subjective, we have provided a few examples for your perusal.