The 'E' designation in the product name denotes an electromagnetic diaphragm which helps maintain consistent exposure during high-speed burst shooting of fast action. ‘FL' signifies that the lens' front element has been given a fluorite coating for easier removal of dirt, dust and smudges.

Although the 500mm f/4E's headline feature is its 790g weight reduction compared with the 500mm f/4G, this is still a hefty piece of kit which comes in its own CT-505 hard plastic trunk case for safe storage and transportation. Mount the included HK-34 lens hood on the front and a D810 to the back and you'll have a set-up that's approximately two feet in length and 4kg in weight. Consequently, this really isn't a lens designed for handheld use, so you'd be wise to mount it on at least a sturdy monopod to help ensure sharp shots. 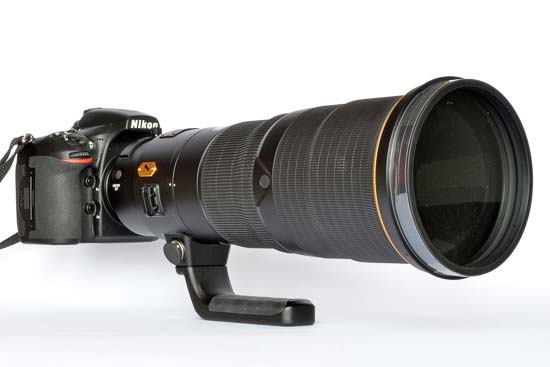 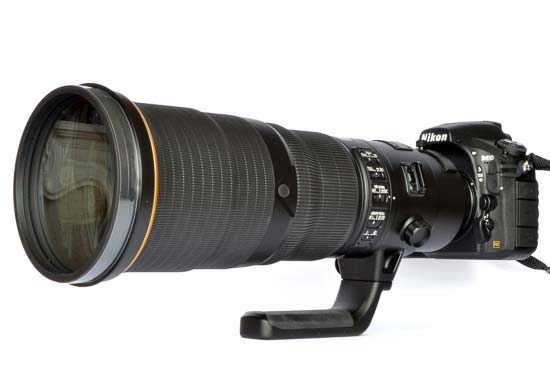 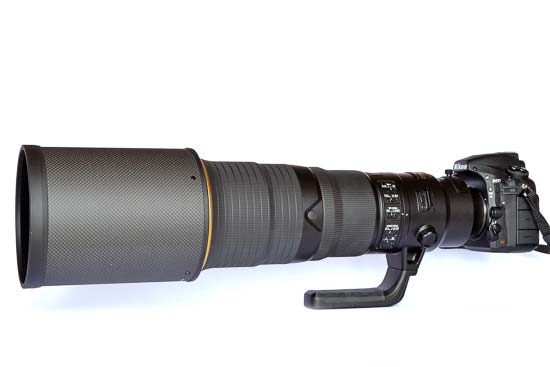 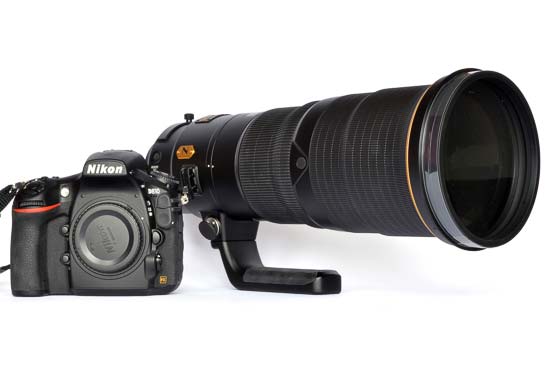 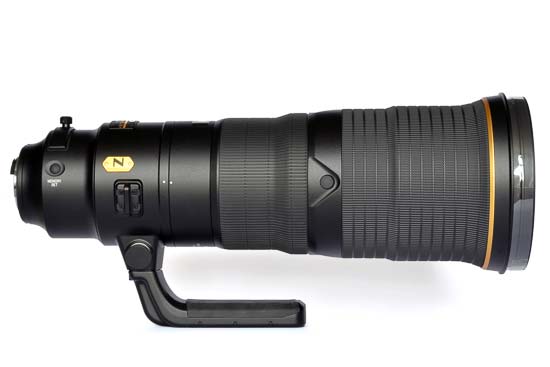 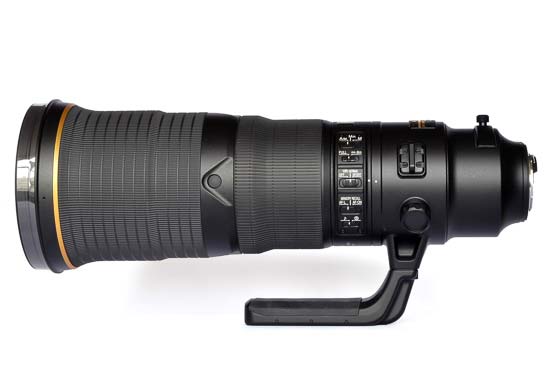 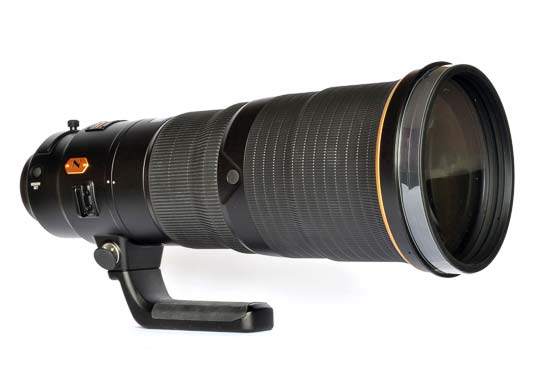 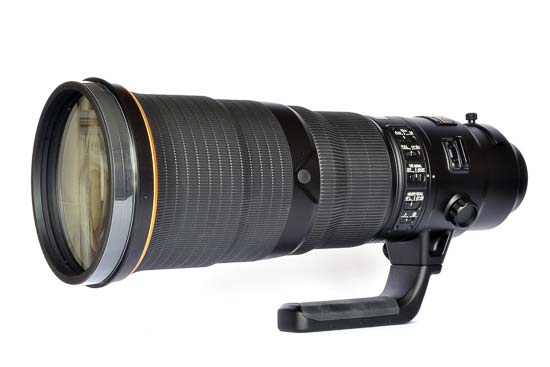 Behind the Focus Function buttons is a large, rubber-coated manual focussing ring, and directly behind this are five selector switches. The topmost changes the focus modes between M/A (autofocus with direct manual override), A/M (the same, but the focus ring needs to be rotated further before manual focussing is activated, in order to prevent accidental focus changes, and the third selector position enables full manual focus. Below this selector is the focus limit switch, giving you the option of the full focus range from infinity down to the 3.6m minimum focus distance, or you can select the infinity to 8m option to help prevent focus hunting when shooting distant subjects. 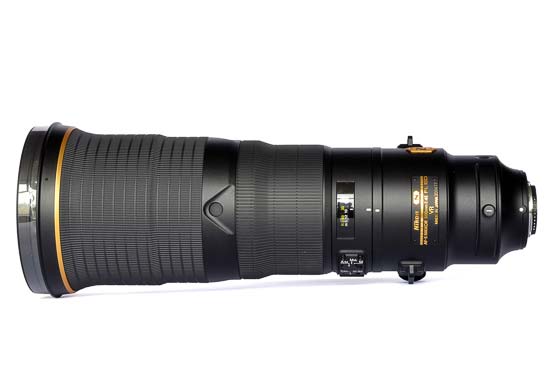 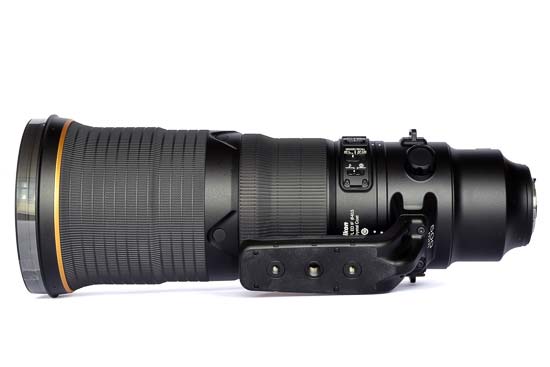 The third of the lens' five sector switches sets the Vibration Reduction. Choose between Off, normal VR and the new Sport mode, whereby the VR system allows the camera to shoot at a faster frame rate to help capture fast-moving subjects. 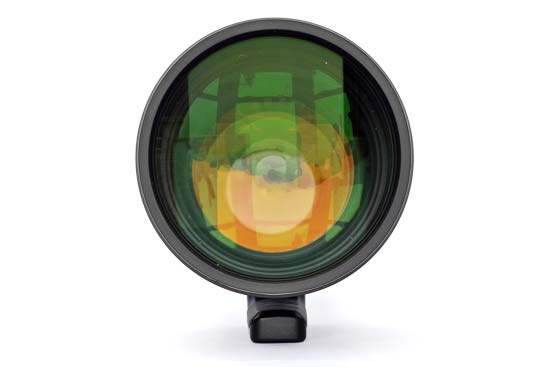 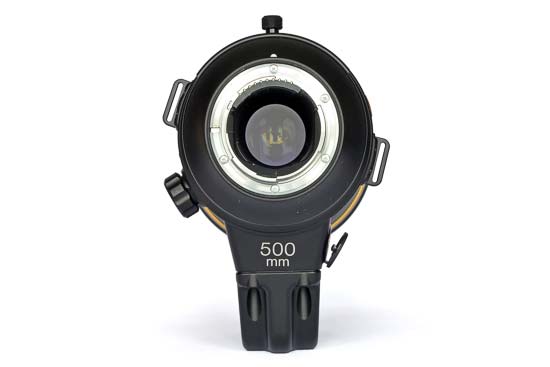 Further round from the row of selector switches is a traditional focus distance indicator window displaying focus distance in feet and meters, and behind this is the tripod collar. This boasts new bearings for smoother switching between horizontal and vertical orientation, which can be changed by unscrewing the clamping knob located on the left side of the collar. Either side of the collar are large mounting points for the included LN-2 lens strap. At the base of the collar, just above the tripod mounting foot, is a security slot where you can attach a security cable. 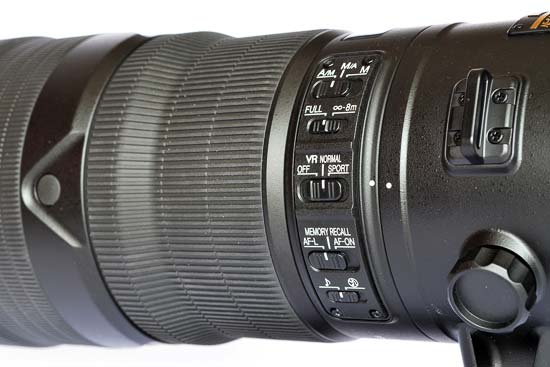 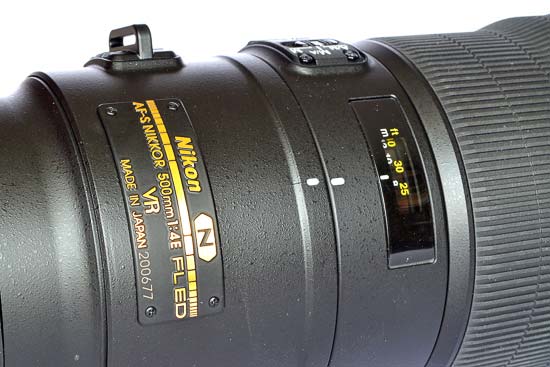 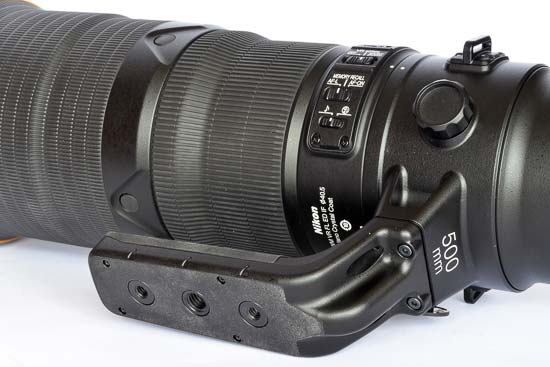 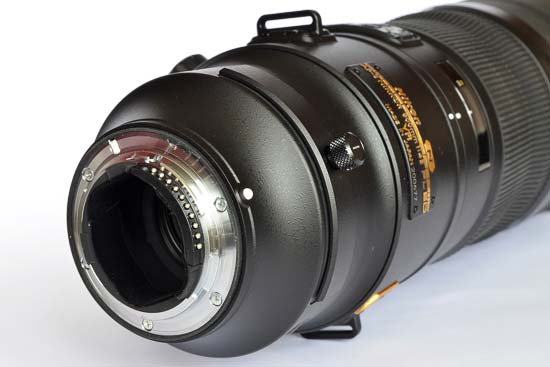 At the back of the lens, directly in line with the Memory Set button, is a slip-in filter holder to which you can mount 40.5mm screw-in filters. This is essential, given that the huge 140mm diameter of the front lens element and lack of any screw thread here prevents the use of front-mounted filters. 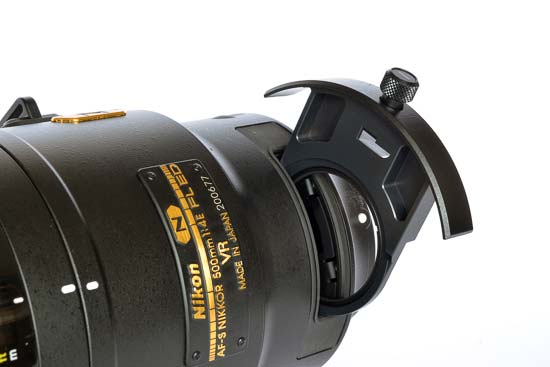 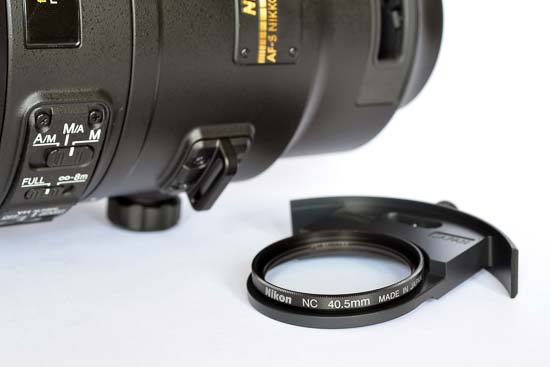 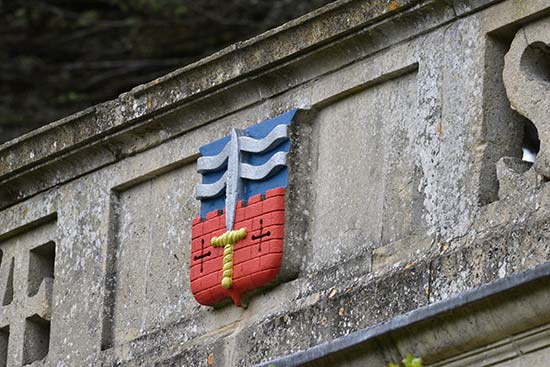 The Nikon 500mm f4E PF ED VR lens has a Silent Wave Motor (SWM) that promises fast and quiet auto focus operation. In use, we have found it to be a reasonably Nikon's Silent Wave Motor AF system functions very quickly and accurately and is barely audible, though you can help avoid possible focus hunting by making use of the focus limit switch depending on the distance of your subject.

Chromatic aberration (purple fringing) is almost eliminated by the Nikon 500mm f/4E FL ED VR. We couldn't find any noticeable examples of it, although our test shots didn't include many areas of extremely high contrast.

When shooting a pale, uniform surface, light fall-off is apparent at f/4 and there's still some slight fall-off at f/5.6. But at f/8 and narrower, exposures are consistently bright across the whole frame. 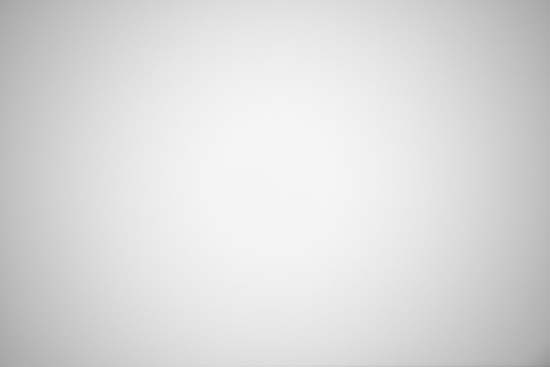 With a minimum focus distance of 3.6m, the 500mm f/4E is definitely not a lens intended for close-up photography. Focus hunting is common when trying to shoot at or near the minimum lock-on distance, so you'd be wise to stay at least four metres from your subject to ensure reliable autofocussing. 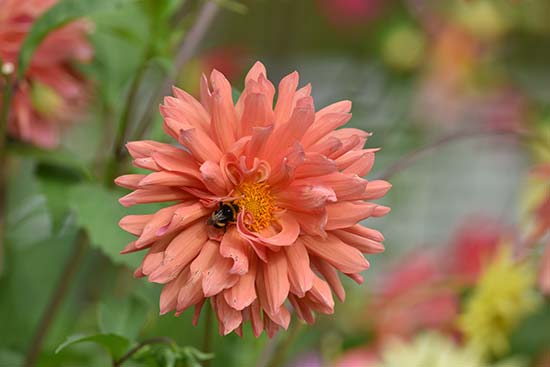 With its constant f/4 maximum aperture and long focal length, the 500mm f/4E has no trouble throwing backgrounds completely out of focus. The resulting bokeh blur is very smooth thanks to a nine-blade rounded diaphragm, which provides smoother blurring than seven or five-blade designs. Bokeh is however a fairly subjective part of a lens' image quality, so check out these 100% crops to see the 500mm f/4E's bokeh quality for yourself.