Weighing 850g, the AF-S Nikkor 70-200mm f/4G ED VR is significantly lighter and more compact than Nikon's other pro-level telephoto zoom lenses. We found that it balanced well on the Nikon D4 body and proved to not be too much of a burden when used all day long. 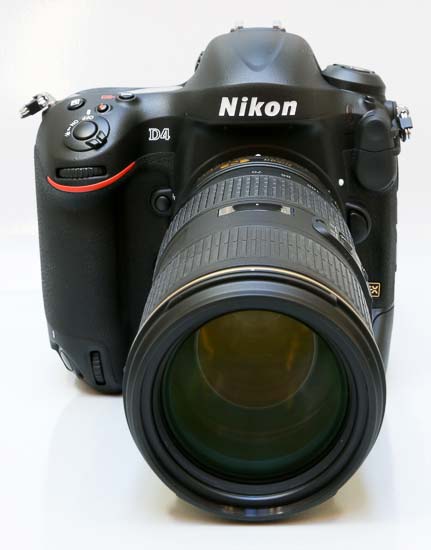 In terms of features, the Nikon 70-200mm f/4G ED VR has quite a lot to offer. It has an internal focus (IF) mechanism and a Silent Wave Motor, allowing you to use manual focus even when you are in auto-focus mode (denoted with the usual M/A sign on the lens barrel). 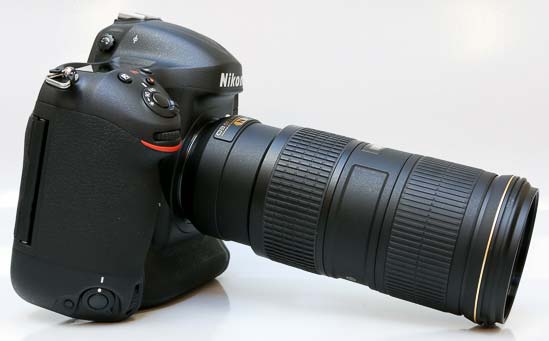 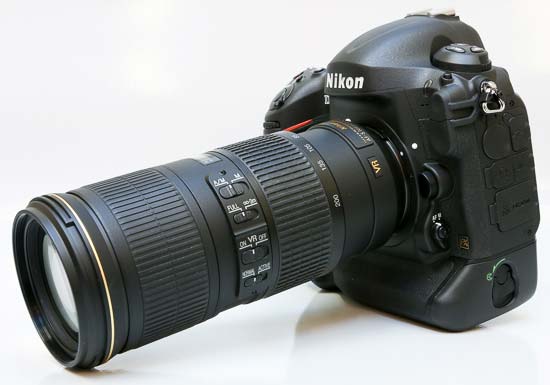 It also features Nikon's latest Vibration Reduction (VR) system, which offers a generous 5-stops of compensation. Three modes are available. Normal for everyday shooting, Active for shooting from a moving vehicle and Tripod Detection mode. There are two VR switches on the lens barrel, one for turning Vibration Reduction on and off, the other for switching between the Normal and Active modes. 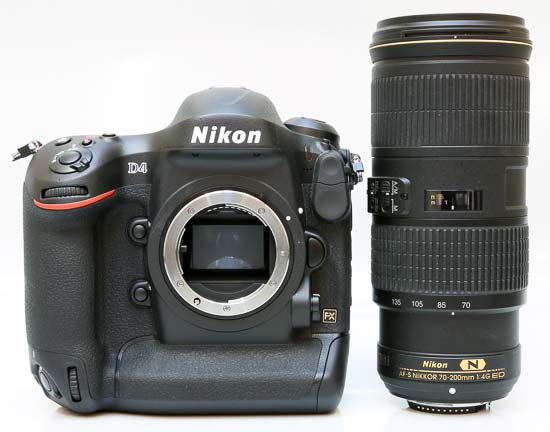 Build quality is similar to the majority of Nikon lenses we have tested so far. Most exterior parts are made of plastic, but that doesn't stop the lens from feeling solid and substantial in the hand.

Zooming is internal, so the front doesn't extend when zooming from 70mm to 200mm or back again. The ribbed zoom ring is sufficiently wide and neither too stiff nor too loose. 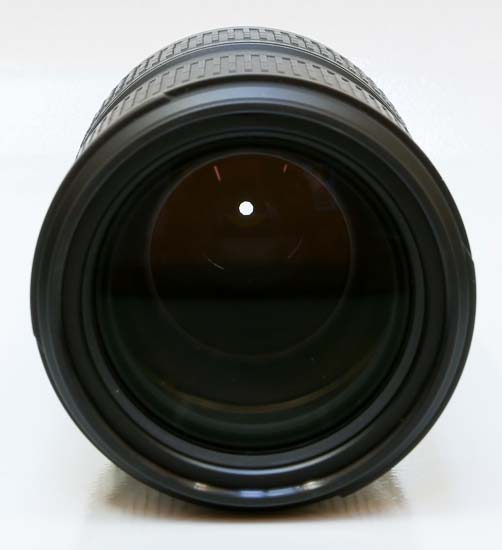 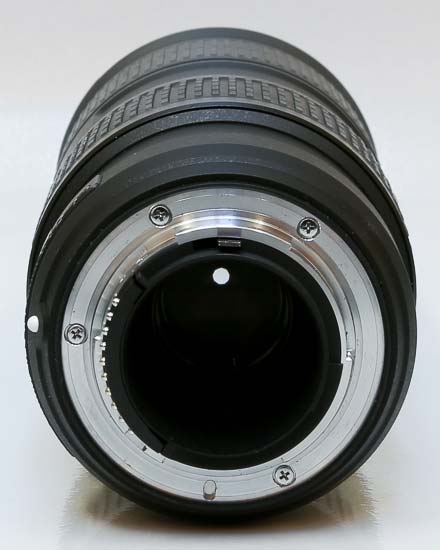 The lens accepts filters via a standard 67mm thread around the – non-rotating – front lens element, which is great news for those who like to use polarisers or ND grads. 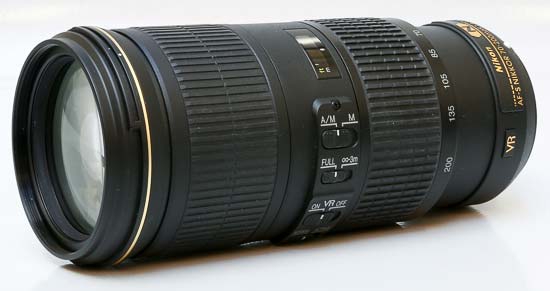 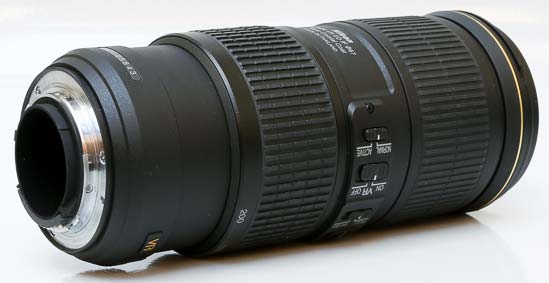 The Nikon 70-200mm f/4G ED VR ships with the plastic HB-60 bayonet hood. Note that there is a a dedicated tripod collar ring, the RT-1, but it's an optional accessory rather than included with the lens. 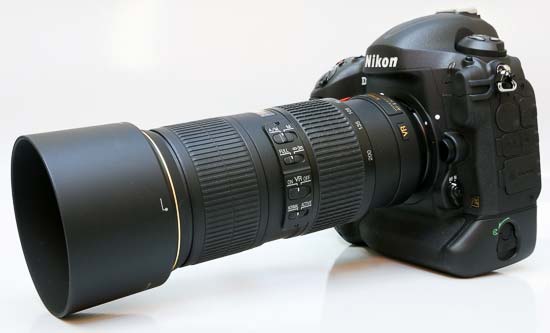 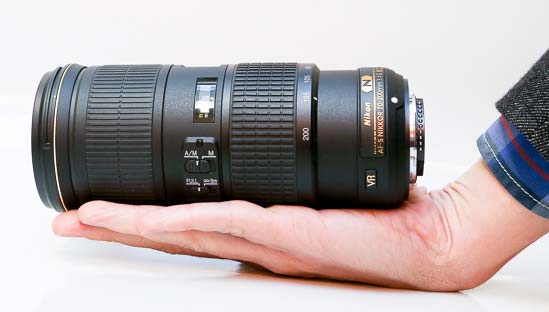 One of the main attractions of this lens is the versatile focal range that goes from moderate to close-up telephoto. 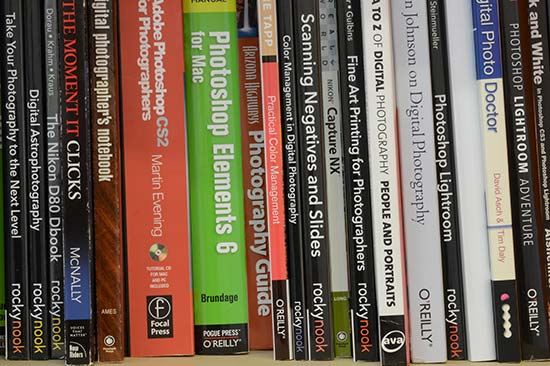 Field of view at 70mm 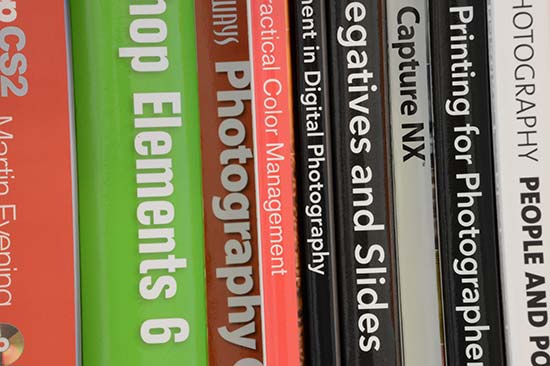 In Spot AF mode, the Nikon 70-200mm f/4G ED VR lens focuses very quickly, and if you switch your camera to Continuous AF you'll also be surprised at how well it copes with fast-moving subjects. Thanks to a Silent Wave Motor, the auto focus operation is very quiet, and instant manual-focus override is available at all times. The ridged focus ring is quite wide and more than adequate for the job. It requires an approximately 180° turn to get from the close-focus point to infinity. Note that there is a hard stop at both ends of the range. There's a switch on the lens barrel for changing the focusing distance between Full (1m-Infinity) and 3m-Infinity. 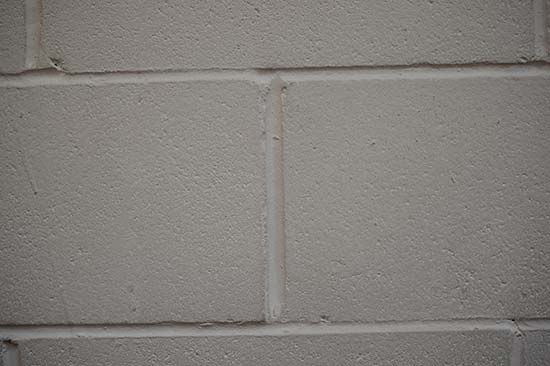 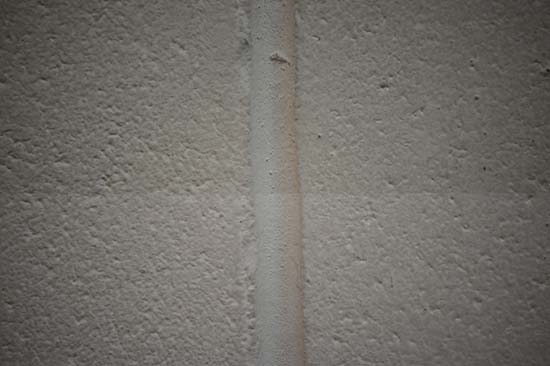 Chromatic aberrations, typically seen as purple or blue fringes along contrasty edges, can be noticed in photos taken at maximum aperture but they aren't too excessive, and tend to go away upon stopping down.

The Nikon 70-200mm f/4G ED VR lens has a close-focus point of 1m throughout its zoom range (measured from the sensor plane rather than the front lens element). Nikon claims a maximum magnification of 0.274x at the telephoto end. 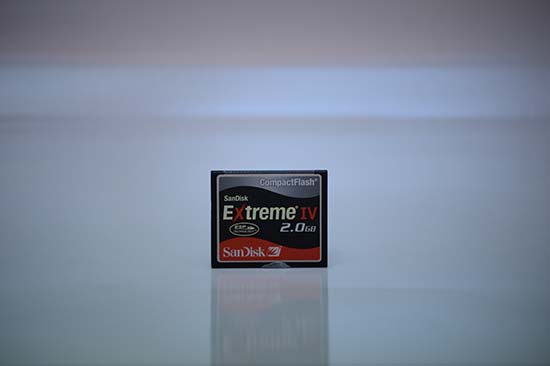 Bokeh is a word used for the out-of-focus areas of a photograph, and is usually described in qualitative terms, such as smooth / creamy / harsh etc. In the Nikon 70-200mm f/4G ED VR lens, Nikon employed an iris diaphragm with 9 rounded blades for a more pleasing rendering of the out-of-focus areas. Based on what we have seen, we can say that they largely succeeded. Below you'll find some examples, but you are also encouraged to check out our sample images.