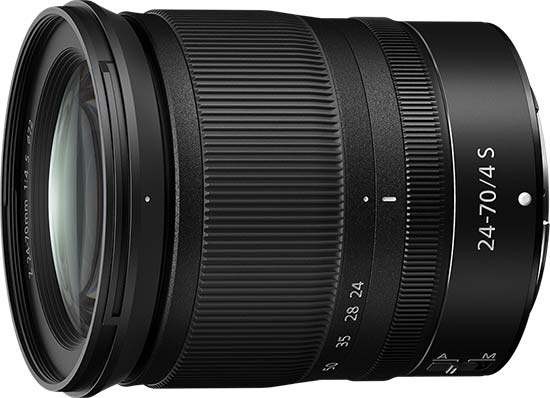 Being sold as the de-facto kit lens for the new Z series cameras, it’s likely that the Nikkor Z 24-70mm f/4 S will be sold in high quantities. You can buy the Z cameras body only, using it with the adaptor and your current F mount lenses, but for the best, and lightest, experience, having at least one proprietary lens makes a lot of sense.

Ideal as a travel lens, covering 24-70mm in a small and light package is appealing, especially to those who have been used to using a DSLR and a standard 24-70mm lens. That said, there have been some compromises made to keep the size down, most obviously in the fact that it’s a fairly narrow aperture at f/4.0, when many would expect, or hope for an f/2.8 24-70mm lens. It seems relatively likely that a larger and heavier f/2.8 Z lens will be available at some point along the line.

When it comes to image quality, the Nikkor Z 24-70mm f/4 S displays a fantastic level of sharpness, while, despite the fairly narrow aperture, it’s capable of creating very attractive shallow depth of field effects.

It’s also a flexible option, being suitable for a wide variety of different subjects, from landscapes at the wide-angle end, to portraits at the telephoto end. The design is fairly simple, which is arguably off-putting to some, but it keeps it straightforward to use without complication.

Although on its own, the Nikkor Z 24-70mm f/4 S has a fairly high asking price of £999, this is easily compatible to what you’d pay for a good-quality 24-70mm DSLR lens, and of course it’s much cheaper if you buy the lens as part of a kit with either the Z 7 or the Z 6 (when the latter becomes available).