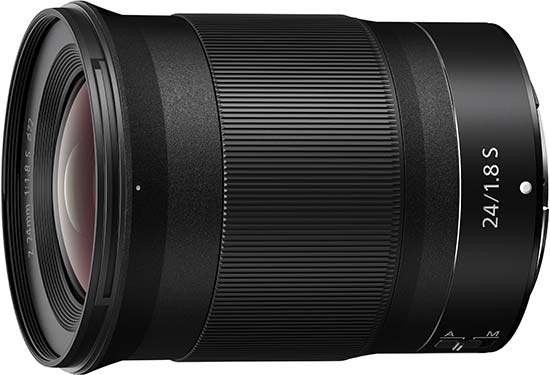 Announced in September 2019, the Nikkor Z 24mm lens adds to the line-up of f/1.8 prime lenses for the Nikon Z range of full-frame cameras - it can also be used with the new APS-C Nikon Z50, too.

Features of the Nikon Z 24mm f/1.8 S lens include a design of 12 elements in 10 groups, along with a 9-blade rounded aperture.

At 24mm, it should be useful for a number of different subjects, including landscapes, street and even environmental portraits.

With a focal length roughly equivalent to 36mm, it’d also be a fantastic “walkaround” lens for the APS-C Z50 camera. 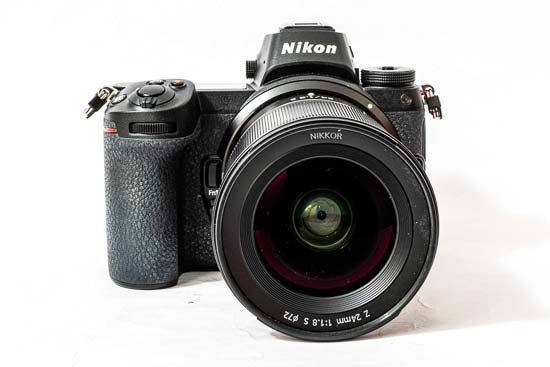 The Nikkor Z 24mm f/1.8 S lens has a very straightforward exterior design, much like the other f/1.8 prime lenses in Nikon’s Z range.

It feels very well balanced with either the Z7 or the Z6 (which have the same body design). Being one of the larger f/1.8 prime lenses, it might be a little unbalanced on the smaller body of the Z50, but likely to be worth it for the picture quality. 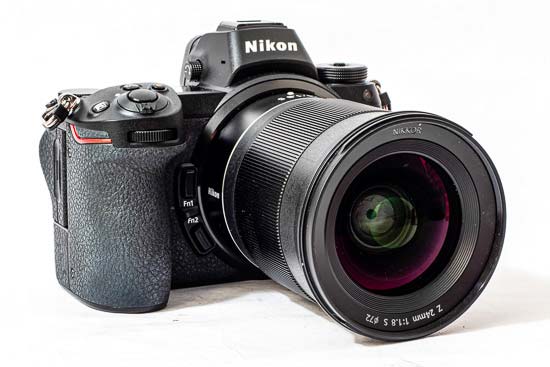 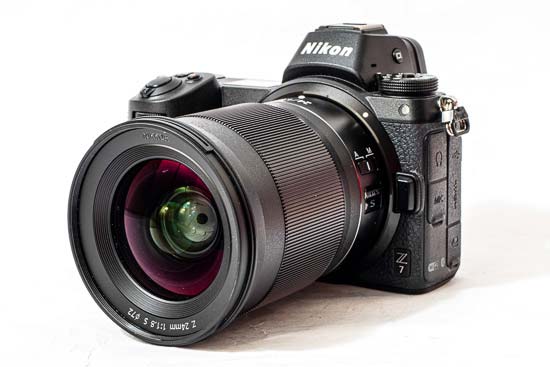 Made from metal, the lens mount feels very strong and capable of withstanding heavy use. At the base of the Nikon Z 24mm f/1.8 S you’ll see a white dot which you can use to to line-up the lens on the camera’s mount - simply twist it into place to secure it.

Just above the white dot you’ll see the marking 24/1.8 S. On the side of this part of the lens is where you’ll find a switch for choosing between working in manual focus or autofocus (set to M for manual, A, for auto). 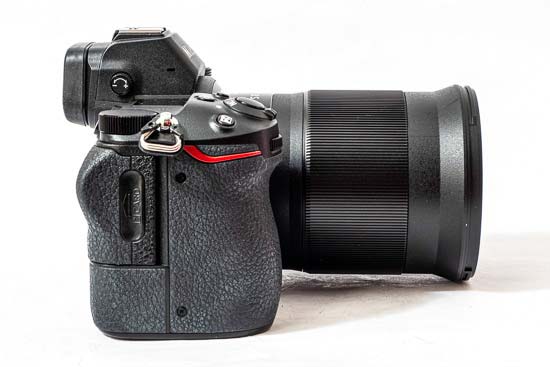 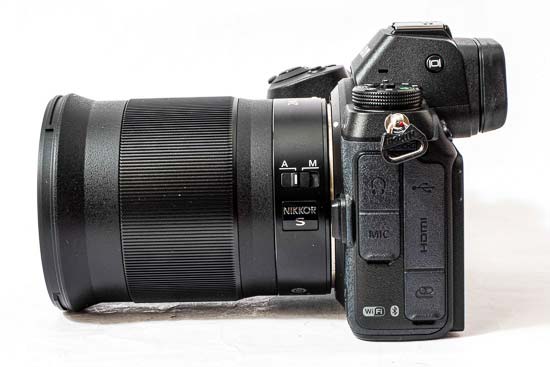 Nikon promises that its lenses in the S line are not only accurate, but also quick and quiet too. This makes them suitable for photographing discreetly, as well as shooting movies.

In practice, this promise is accurate with very swift focusing which is achieved pretty much silently. It would be great to use in situations such as weddings where discreetness is key. 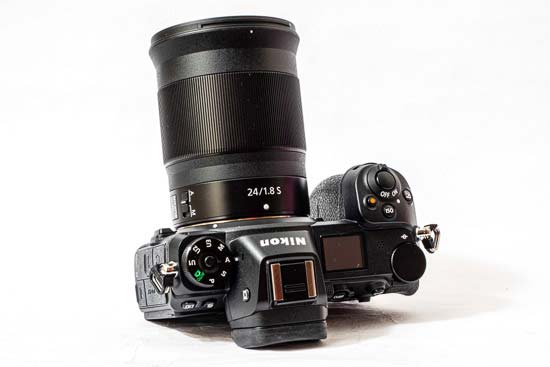 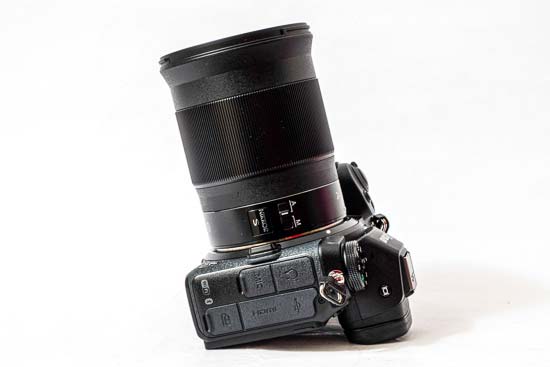 The middle section of the lens is taken up by the manual focusing ring. The ring is ridged to help you get a good grip on it, but it doesn’t have hard stops at either end to help you realise when you’re either at the closest focusing distance, or infinity focus.

Still, it has just the right amount of give in it to help with precise manual focusing. It can help if you switch on focus peaking through the viewfinder when working in manual focus, as you’ll have an indication of precisely what is in focus. 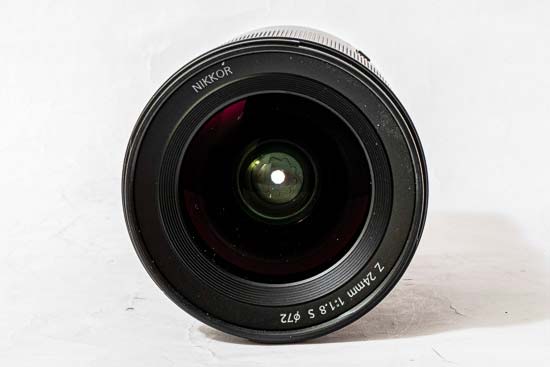 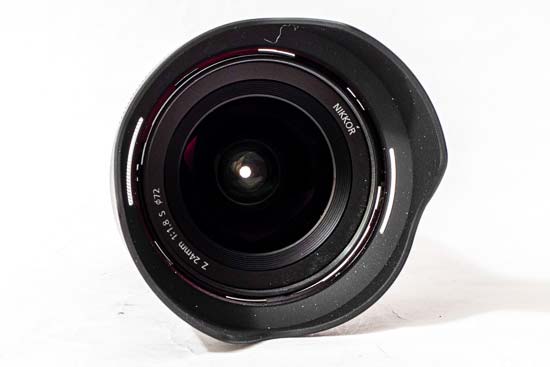 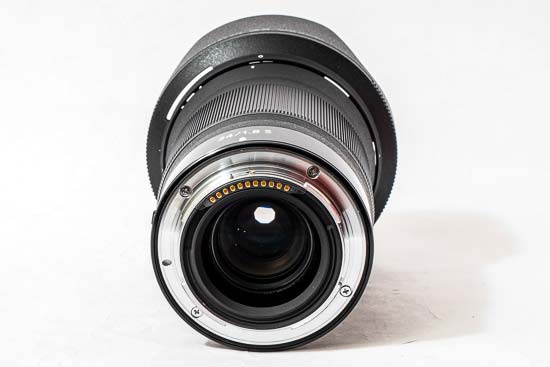 If you don’t want to use the manual focus ring for manually focusing, you have the opportunity to set it to control a different camera function - either aperture or exposure compensation. This could come in handy if you’re rarely likely to use manual focusing. 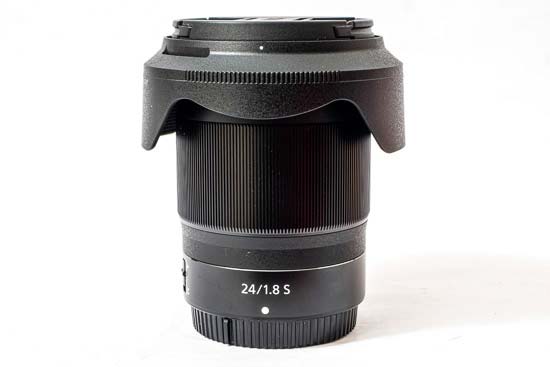 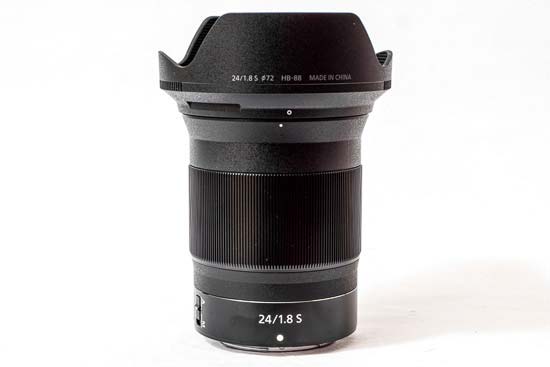 At the front of the Nikon Z 24mm f/1.8 S lens, you’ll see another white dot. This is where you can attach the lens hood which comes supplied in the box. It’s another simple line-up and twist operation, and you can also reverse the hood for reducing the size when transporting or storing the lens. The filter thread size is 72mm. 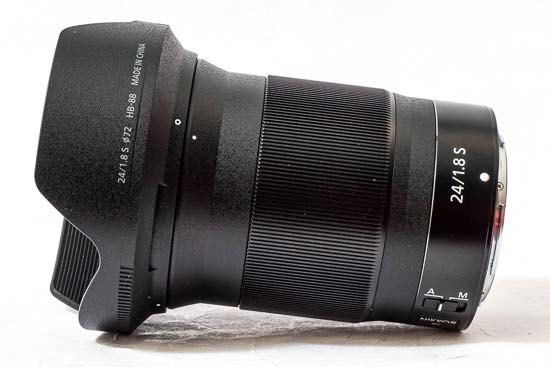 This is a fixed length lens which is primarily designed for use on full-frame cameras like the Nikon Z7 or the Nikon Z6. You could also use it on the APS-C Nikon Z50, as the camera uses the same mount as its full-frame siblings. In which case, the equivalent focal length would be 36mm, making it an excellent “walkaround” lens. The angle of view is 84 degrees when using a full-frame camera, or 61 degrees with an APS-C model.

Typically characterised as blue or purple fringing along high-contrast edges, chromatic aberration can typically be a problem for low-cost lenses. As such, we wouldn’t expect to see too much of a problem with the Nikkor Z 24mm f/1.8 S lens, only seeming to appear very slightly when examining at 100% when shooting directly into the sun. 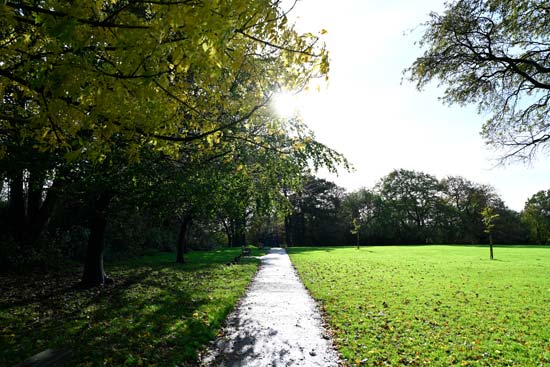 With a lens like this, we might expect to see some distortion when shooting very close to a subject, but otherwise images appear impressively undistorted. 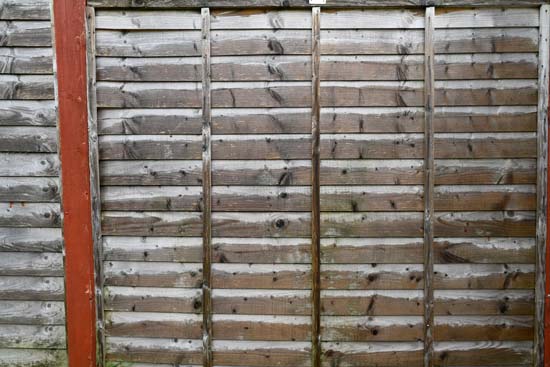 There is some obvious vignetting in the corners of the image when shooting a subject like a white wall at the widest aperture of f/1.8. This is much less obvious when shooting normal subjects, but the effect is lessened by the time you get to f/2.0, before disappearing more or less completely by the time you’re shooting at f/4. 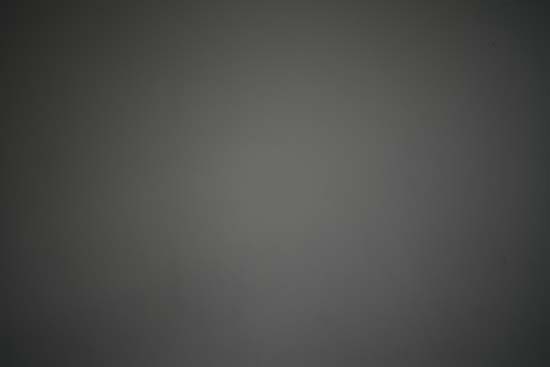 The Nikkor Z 24mm f/1.8 S is not a designated macro lens. You might find it useful to take photos of typical macro subjects, such as flowers or leaves, but it’s not something that would be considered a normal choice for that kind of subject. The minimum focusing distance is 0.25m, with a maximum reproduction ratio of 0.15x. 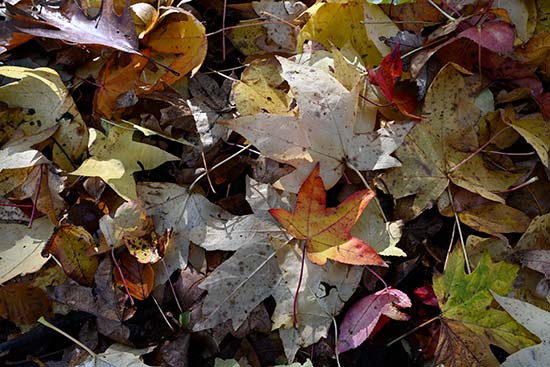 With a maximum aperture of f/1.8, and a lens construction featuring 9 rounded diaphragm blades, we’d expect the Nikkor Z 24mm f/1.8 S to display very attractive bokeh. The term bokeh is usually described in qualitative terms, such as creamy, smooth, or pleasing. Here we can see that the lens is capable of producing some beautiful out of focus areas, with particularly good rendition of light circles. Since opinion about bokeh can be highly subjective, we’ve included some sample images to below to help you judge for yourself. 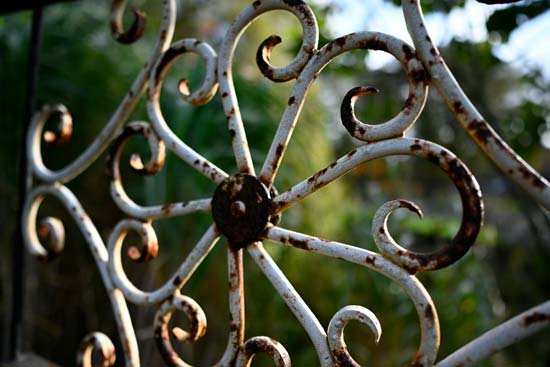 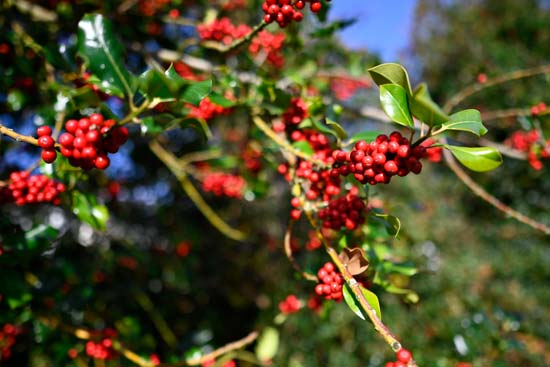 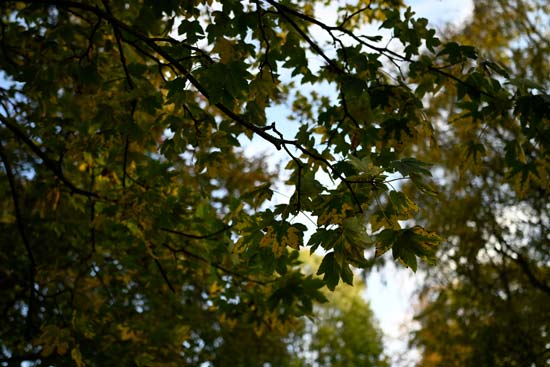 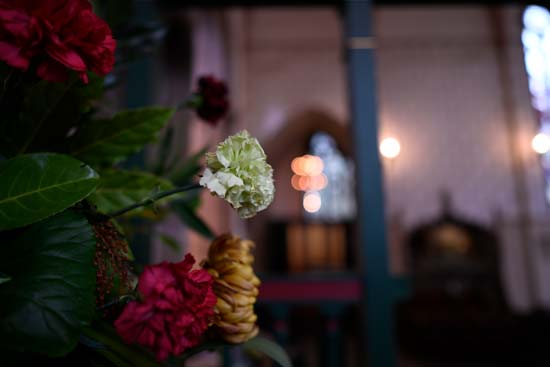