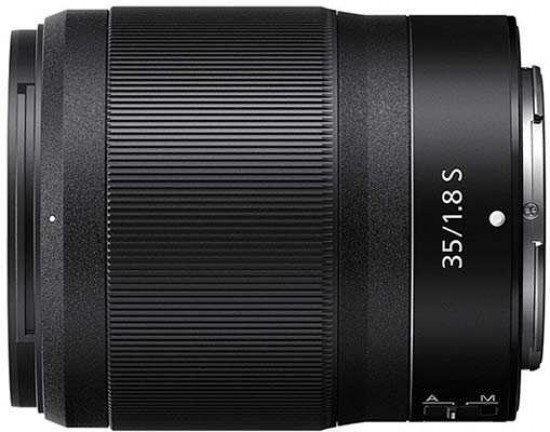 The Nikkor Z 35mm f/1.8 lens is one of two lenses available to buy for the Nikon Z series cameras from launch – the other being the Nikkor 24-70mm f/4 S lens. A 50mm f/1.8 lens will also be joining the series in the very near-future.

Designated with the “S” moniker, it’s thought that other series of lenses will be created for the Nikon Z range, but the S series is designed for ultimate sharpness.

It features 11 elements in 9 groups, to include 2 ED elements, 3 aspherical elements and elements with Nano Crystal Coating. It is a prime lens offering the classic 35mm focal length, which equates to around 52.5mm if you use the lens in the DX crop mode. 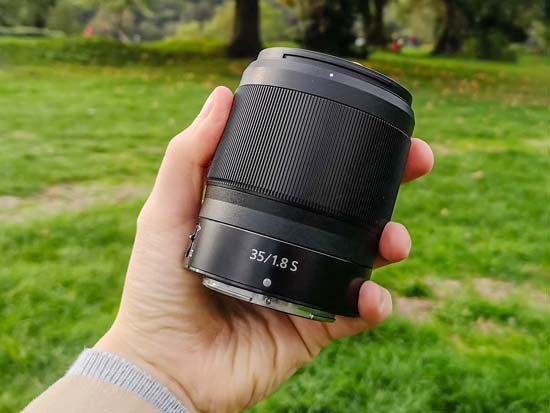 The new lenses in Nikon’s range have been designed to all be the same size, so the Nikkor Z 35mm f/1.8 S lens is the same shape and size as the also new 24-70mm f/4 lens when the latter is collapsed. As this is a prime lens, there’s no zoom mechanism, and there’s no need to extend it before use either.

Nikon has stuck with a very simple design for the Nikon Z 35mm f/1.8 S lens. It’s fairly large for a mirrorless prime lens, but that is necessitated by the fact that the lens has a much wider aperture than the 24-70mm lens. Weighing in at 370g, it’s also a relatively light weight for a lens which such a wide maximum aperture. It weighs just slightly more than the AF-S Nikkor 35mm f/1.8G ED lens which you might use with a Nikon DSLR. 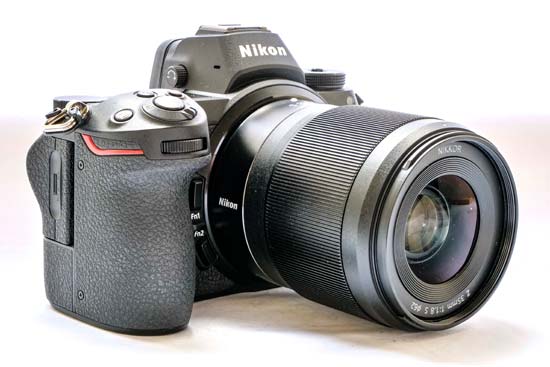 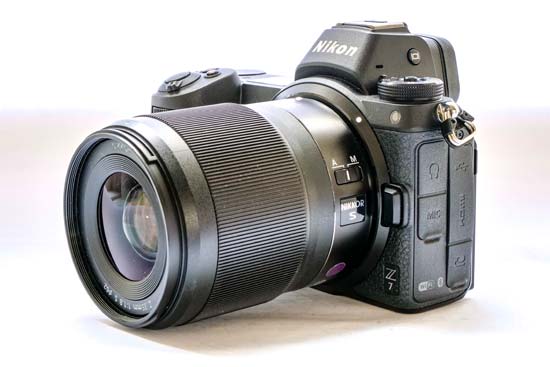 Build quality of the Nikon Z 35mm f/1.8 S is excellent, with a sturdy and high-quality feel, plus a metal lens mount. Overall, the size and weight matches very nicely with the Nikon Z 7 (and indeed the Z 6 as they are both the same size and design). It’s possible to use the Z 7 with the 35mm lens with just one hand, but you’ll probably find it more comfortable to use a second hand for a better handling balance.

The manual-focusing ring around its middle takes up the main bulk of the lens. It’s ridged to help you get a good grip on it. There’s just enough to give to make precise focusing possible, while not feeling too stiff or too loose. There are no hard stops on either end of the focusing ring though to help you know when you have achieved infinity focus. If you don’t want to use the focusing ring for manual focus, you can also set it to control other functions on the camera body, such as ISO or exposure compensation. 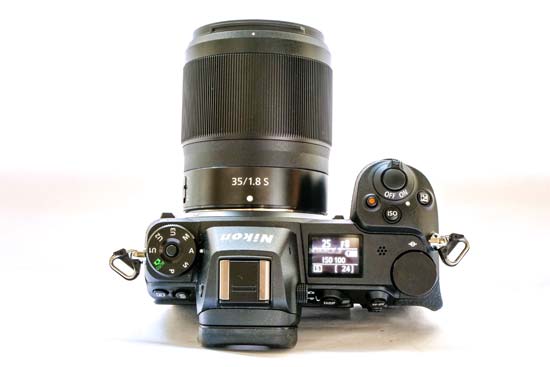 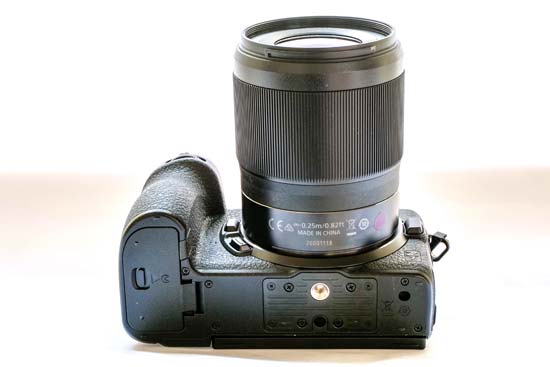 There are also no indicators on the lens itself to help you judge distances, but it stands a good chance that the vast majority of people using this lens will be doing so with autofocus. With autofocusing switched on, focusing is extremely quick and quiet, making it a good lens to use when shooting video. The focusing ring is click-free, which also means you can pull focus from one subject to another without any distracting noise. 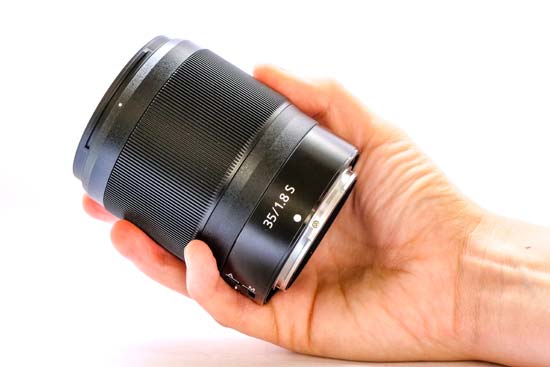 On the side of the Nikon Z 35mm f/1.8 S is a switch for moving between autofocus and manual focus. Directly underneath this switch is the “Nikkor S” label. The filter attachment size is 62mm, if you wanted to use this lens with any additional filters. The filter thread doesn’t rotate when the lens is focusing, either.

Just like the Nikon Z 7, the Z 35mm f/1.8 is fully weatherproof, with every part of the lens barrel sealed to protect it from dust and water droplets. The front element of the lens has fluorine coating to repel, water, dust and dirt. 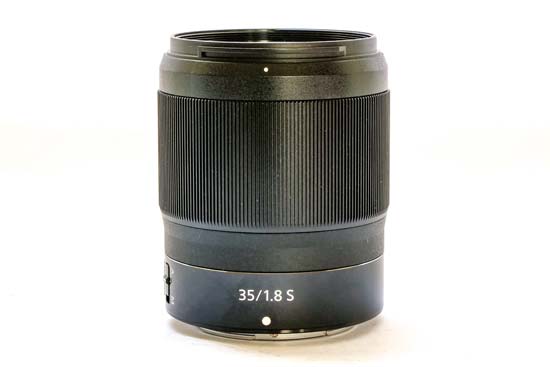 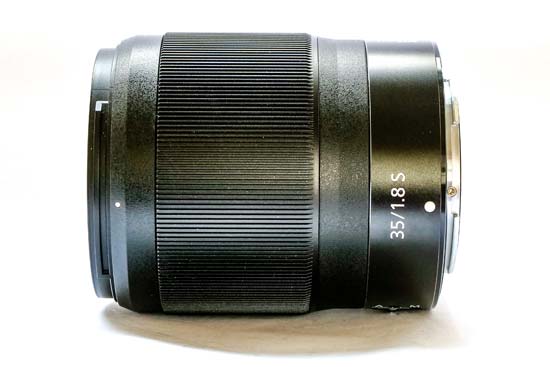 In the box you’ll also find a 62mm snap-on front lens cap, a rear-lens cap, a bayonet hood and a flexible lens pouch for storing the lens when not in use. 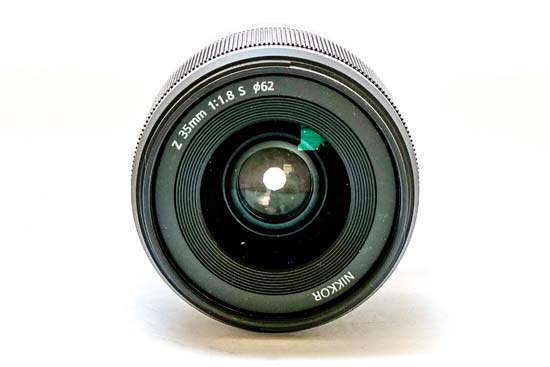 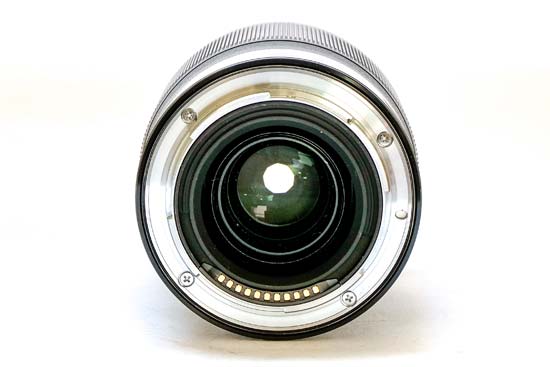 The fixed length of 35mm offers an angle of view of 63 degrees in FX (full-frame) format. In DX format (which the Nikon Z 7 or Z 6 offer as a shooting mode), the angle of view is 44 degrees. 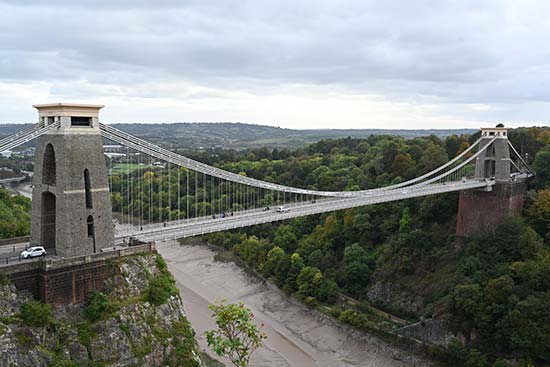 Normally seen as blue or purple fringes along the edge of high-contrast subjects, we found it very difficult to find any examples of it happening with the Nikkor Z 35mm f/1.8 lens, a sign of high-quality construction.

One of the benefits of the ultra-wide Nikon Z mount is that more light can be captured across the entire frame. Although we can see here there is some notable vignetting, it is particularly obvious because of the subject matter. For ordinary subjects, it’s far less noticeable and puts in a better performance than the equivalent lens for Nikon F mount. 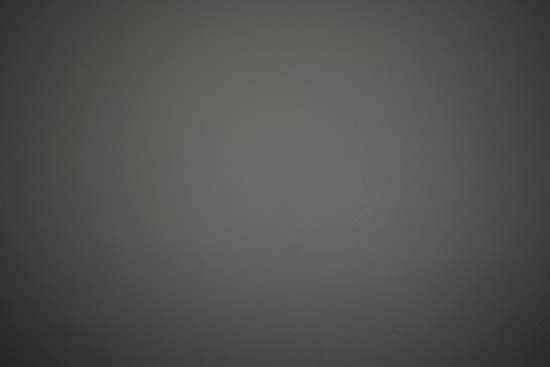 As we’d expect from a lens of this focal length, distortion is kept to an absolute minimum, aside from if you’re shooting very close up to your subject and are actively trying to create a distorted effect. 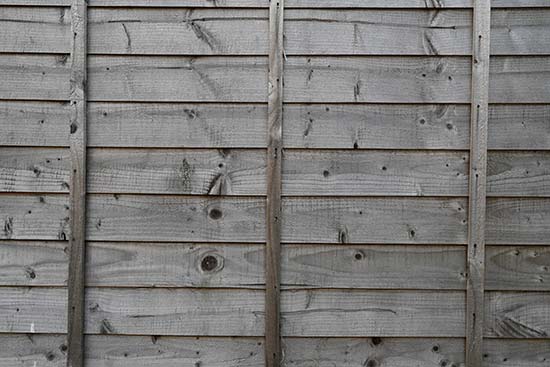 Although the Nikon Z 35mm f/1.8 S is not designated as a macro lens, you can get fairly close to your subject with a 0.25m minimum focusing distance (0.82feet). The wide aperture also allows you to create shallow depth of field effects making it suitable for typical macro subjects such as flowers. 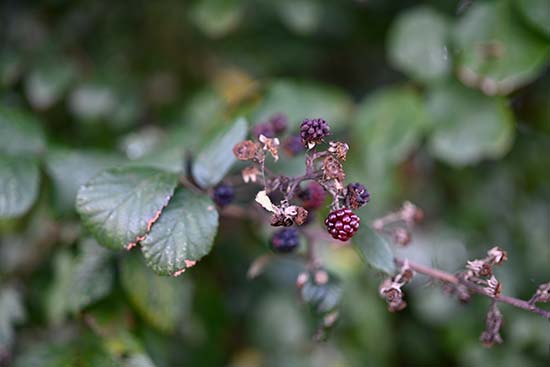 The Nikkor Z 35mm f/1.8 lens has a lens construction which features 11 elements in 9 groups. The result is a smooth and creamy bokeh which is very pleasing to look at. We have included some sample shots below to judge for yourself, since evaluation of bokeh can often be a personal preference. 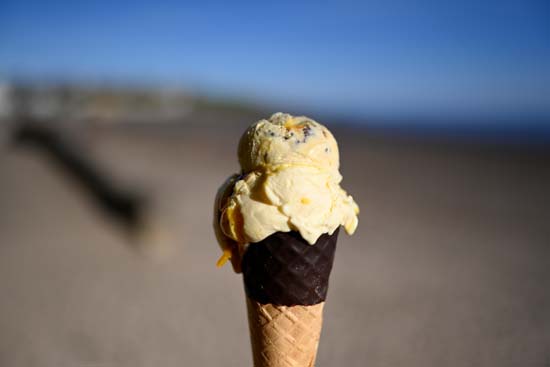 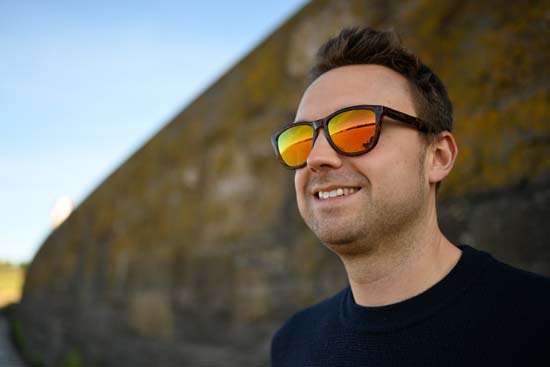 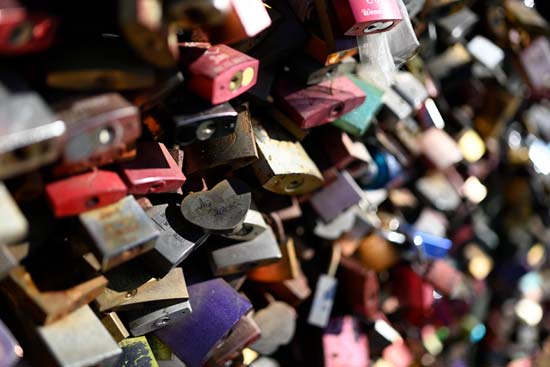 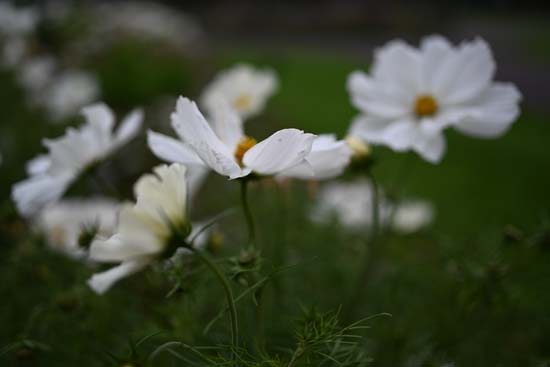