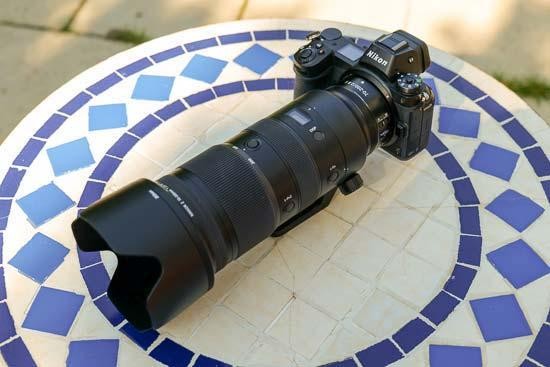 Lenses like the Z 70-200mm f/2.8 VR S might not be the big mass-market sellers of some of the others in Nikon’s arsenal, but they show that the company is taking the Z (mirrorless) line very seriously, and hoping to tempt more professionals into it.

Up until very recently, if you wanted to shoot a long focal length with the Z series, you’d have to use an F mount lens via an adapter. Introducing the classic 70-200mm lens makes the Z series much more of an all-rounder.

The Nikon Z 70-200mm f/2.8 VR S lens is big and heavy, but that’s a sacrifice most professionals and high-end enthusiasts will be willing to make for the f/2.8 constant aperture. You also get excellent build quality, customisable function buttons and a display window for the outlay.

On top of that, you get a lens which is capable of producing fantastic images, with an excellent degree of sharpness throughout the focal range, super-fast autofocusing, inbuilt vibration reduction and the possibility to shoot at even longer focal lengths by attaching one of Nikon’s new teleconverters.

It’s around £400 more expensive than the F mount version, so if you already have an FTZ-adapter, you could save a little money by going for the older version.

Over time, the prices are likely to get closer, and we’d always recommend going for the proprietary version if you can.

Although this is by no means a cheap lens, considering the wide range of subjects you can shoot with it, it still represents pretty good value for money, especially if you’re a professional or advanced enthusiast.

Overall, the Z 70-200mm f/2.8 VR S is one of the best lenses that Nikon has made - for mirrorless or otherwise - and is highly recommended for anybody that photographs subjects such as portraits, wildlife, sports or action.