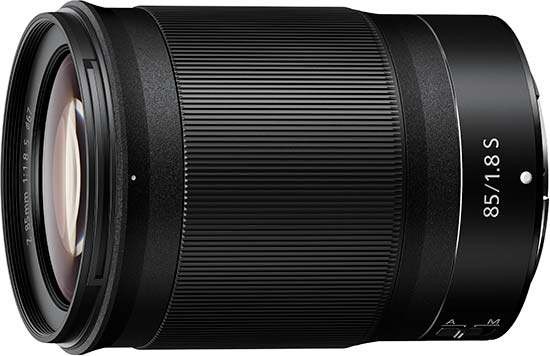 Nikon’s “S” lenses for its Z mount are still relatively few and far between, but those which have already made it onto market are very impressive indeed.

Being an ideal lens for a few different subjects, we can see this one perhaps being even more popular than the existing 50mm lens. It works well for portraits, weddings, events, and pet photography.

With a flattering focal length, fantastic bokeh and great sharpness, it’s something that will likely be on the top of the shopping list particularly for professional users of the Z system.

Although primarily designed for the full-frame cameras in Nikon’s Z line up, it is also compatible with the Z50, where it could also be used as an ideal portrait optic.

Very simple in design, there’s not a whole lot to get to grips with when using the Nikon Z 85mm f/1.8 S lens, but it handles well, feels well made and the fact that it comes with lens hood in the box is a bonus.

Focusing is quick, quiet and accurate. The only thing to be careful of is your subject moving slightly when shooting at the very widest apertures.

That’s especially true if you’re using the Z7 with its very high pixel count, where even slight movements can result in some slight blurring on close inspection.

In terms of value, the Nikon Z 85mm f/1.8 S lens is a little on the expensive side when compared to similar optics from Nikon’s own F mount line up, particularly the AF-S Nikkor 85mm f/1.8G lens which you can pick up for around the half price.

However, given the newness of Nikon’s Z lenses, and the added sharpness which they promise to deliver, we still think it represents decent value for money if you want the best of the best.

At the time of writing, Nikon had revealed its plans to add several more prime and “S” lenses to its Z mount line up. For now, the 85mm lens is the longest native lens you can get for full-frame Z cameras, and is a very welcome addition to the range. It comes very highly recommended.