The Olympus M.Zuiko Digital ED 12mm f/2 is a high-grade, all-metal, fast wide-angle lens for the Micro Four Thirds system. Courtesy of built-in depth of field and distance indicators, the lens is ideal for zone focusing - but it also offers quiet and fast Movie & Stills Compatible auto focus for those that prefer to use AF over focusing manually. Boasting a similar angle of view as a 24mm lens in a 35mm system, the Olympus M.Zuiko Digital ED 12mm f/2 features an enhanced multi-layer lens coating which, according to Olympus, halves the effects of ghosting and flaring compared to conventional comparable coatings. Available now, the lens retails for around £650 / $780 in the UK and the US, respectively. 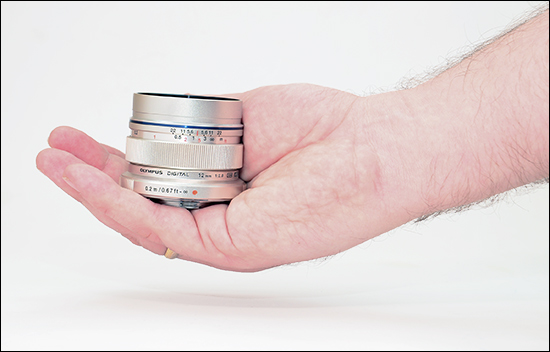 As seen in the photo above, the Olympus M.Zuiko Digital ED 12mm f2 is a truly small lens that easily fits in the palm of your hand. Being a metal lens means it's somewhat heavier than you'd expect based on its size alone, but it's still extremely lightweight in comparison to most SLR lenses. 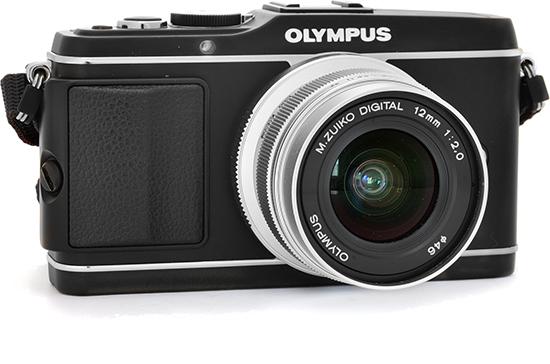 We tested this lens in combination with the new flagship of the digital PEN fleet; the Olympus PEN E-P3. As you can see, the M.Zuiko 12mm f2 is a perfect fit for that body in terms of size and proportions (and styling as well, if you can get hold of an E-P3 with a silver finish).

Unlike the M.Zuiko Digital 45mm f/1.8, which we also reviewed recently, the Olympus 12mm f/2 is truly an all-metal lens that is reminiscent of the highest-quality rangefinder lenses of yore, both in terms of its tactile qualities and its overall aesthetics.

The Olympus M.Zuiko Digital ED 12mm f2 may not boast a lot of features, but it does have something interesting up its sleeve. At first sight you see nothing special except for a few depth-of-field marks that seem rather pointless as there appears to be no distance scale on the lens. However, a closer look reveals that you can pull the focus ring back toward the mount, a move that exposes a nicely engraved distance scale that – together with the afore-mentioned DoF markings – allows you to use the time-honoured technique of zone focusing, which is very good news for all the street photographers out there. (Olympus itself calls this solution a “Snapshot Focus mechanism”.) 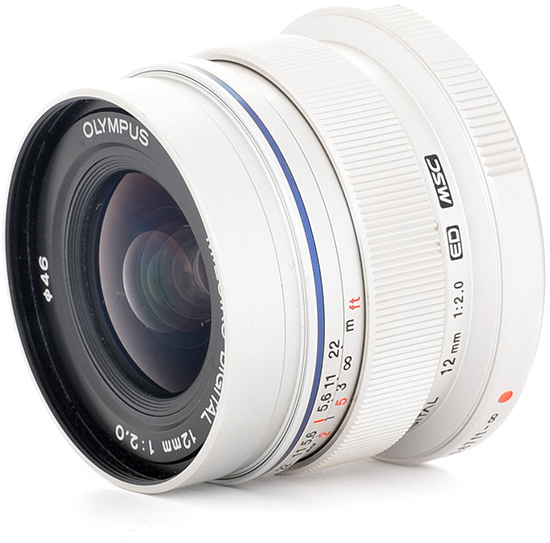 The lens takes small 46mm filters and also allows you to mount the rectangular LH-48 lens hood. Alas, this is an optional accessory rather than a standard one – and a pricey one at that ($90). This remarkable looking metal hood was not provided to us for this review. 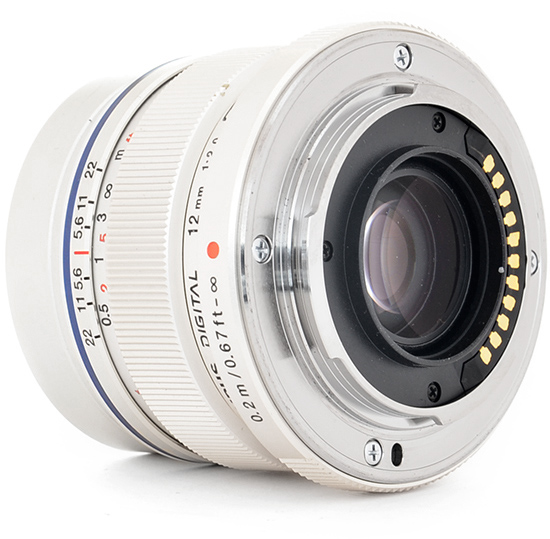 Being an all-metal lens, the M.Zuiko Digital 12mm f/2 naturally features a metal bayonet mount that allows it to be mounted to any Micro Four Thirds camera (but no “regular” Four Thirds DSLR, of course).

On the Olympus PEN E-P3 body we used for this review, the lens focused quickly and quietly. AF speeds were extremely fast, with the lens locking on to the subject almost instantly in most cases. Focusing is fully internal, meaning the length of the lens barrel does not change and the filter thread does not rotate on focus. This is very good news to those who plan on using polarisers or graduated neutral density filters on this lens with any regularity.

With the focus ring in its normal position, manual focusing works just like it does on any other Micro Four Thirds lens. In MF, S-AF+MF or C-AF+MF mode – as set on the camera – you can simply grab the focus ring and rotate it to focus on your subject. Focusing is done “by wire” as the ring is not mechanically coupled to the moving lens elements. In this position, the focus ring has no stops, hard or soft, at either end of the focus range – which is again typical of an MFT lens.

Pulling the focus ring back sends the lens to manual focus mode, irrespective of what focusing method you have set on the camera. In this position, the focus ring stops when you reach infinity or the close-focus point, much like on a classic manual-focus lens. Although you are still focusing by wire – which becomes especially obvious if you magnify into the live view feed while focusing –, the experience is closer to using a purely manual lens. The most tangible benefit of Olympus' “Snapshot Focus mechanism”, however, is that it allows you to use zone focusing techniques, courtesy of the engraved distance scale and depth-of-field marks.

A lens that goes this wide (84°) will always be susceptible to flare when used without a hood, and the Olympus 12mm f2 is no exception. In the test image below, the sun was just outside the frame, shining from the direction of the top left corner. As you can see there is considerable veiling as well as some ghosts (look at the faint but large blob near the bottom right corner). Of course I would not recommend shooting a subject like this in such awful lighting anyway, but this result indicates that you need to be careful in contre-jour situations, at least when using the lens without a hood. 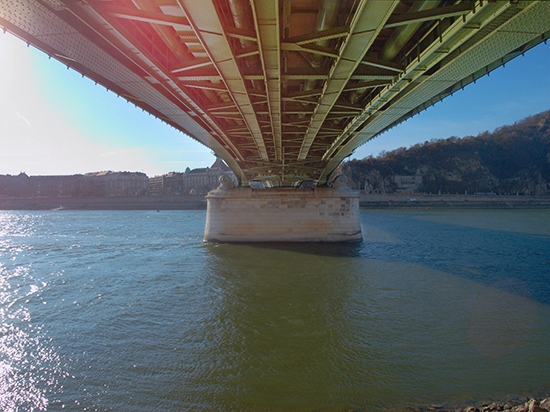 Our second example gives an indication of what to expect when you include the sun in the frame. 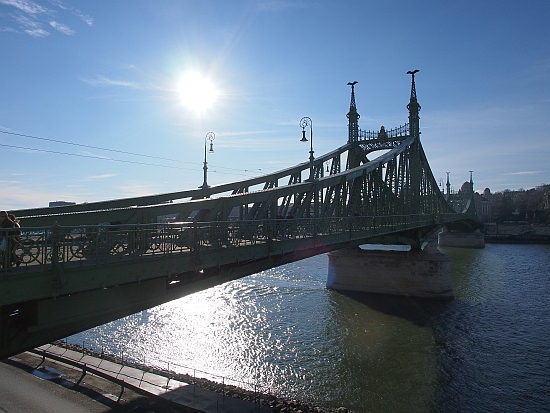 Olympus and Panasonic bodies – as well as most raw converters – correct geometric distortion automatically. Even the live image seen on the LCD screen or through the electronic viewfinder – if your camera has one – is auto-corrected for distortion. In the case of the M.Zuiko Digital ED 12mm f/2, the correction is quite successful, with only a minimum of “residual” distortion seen in the photos. 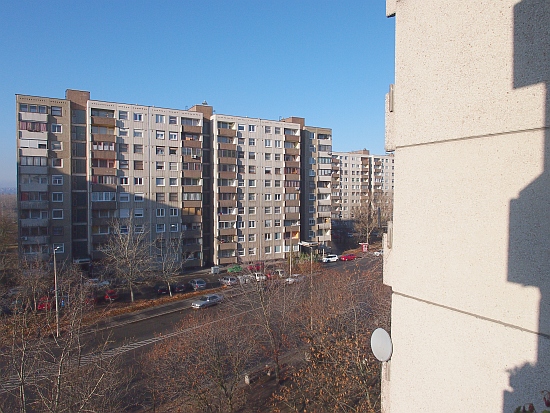 Some raw converters – such as RawTherapee – can show you the uncorrected image which, in the case of this particular lens, tends to have a lot more barrel distortion to it. 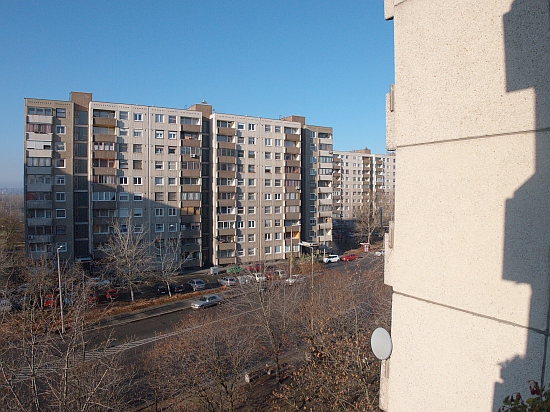 That's a bit disappointing for a premium fixed-focal lens, although as seen above the automatic correction works well. (By the way if you happen to be a RawTherapee user, entering an amount of about -0.160 in the Distortion field on the Transformations tab has approximately the same effect as the in-camera processing.)

Lateral chromatic aberrations, typically seen as blue or purple fringes along contrasty edges, are a bit of a problem with this lens – while not as pervasive as with some other ultrawides, they are still a bit too evident in areas of high contrast for a lens that costs this much.

With the lens wide open, you can see some light fall-off in the corners (see the macro test shot below for an example). Stopping down to just f/2.8 cures this problem almost entirely.

Offering only 0.08x magnification, the Olympus M.Zuiko Digital ED 12mm f/2 is anything but a macro lens. The close focusing distance is 20cm from the sensor plane. The following example demonstrates how close you can get to the subject – in this case, a Compact Flash memory card. 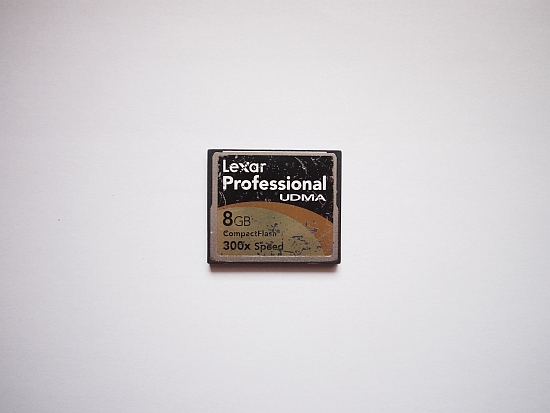 Bokeh is a word used for the out-of-focus areas of a photograph, and is usually described in qualitative terms, such as smooth / creamy / harsh etc. One of the reasons to buy a fast lens is to be able to isolate the subject from the background – but with an exit pupil of just 6mm, the same as that of a 24mm f/4 lens, your ability of throwing the background out of focus is somewhat limited. Having said that, if your subject is close to the lens, you can achieve a relatively shallow DoF, as seen in the example above. In these cases, the appearance of the out-of-focus areas is quite pleasant, owing to the use of an iris diaphragm with seven rounded blades. 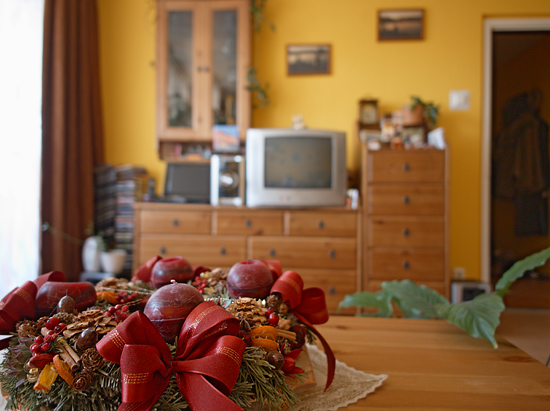