The Olympus M.Zuiko Digital ED 30mm f/3.5 Macro is a new dedicated macro lens for Micro Four Thirds (MFT) cameras. Announced in the run-up to Photokina 2016, the M.Zuiko Digital ED 30mm f/3.5 Macro lens offers a maximum reproduction ratio of 1.25:1, a near-silent focusing mechanism and a close-focus point of 9.5cm / 3.74in. An added bonus is compatibility with the Focus Bracketing feature on selected Olympus cameras. The compact, lightweight lens is available for $299 / £249 in the US and the UK, respectively.

Weighing in at a mere 128 grams (4.52 ounces) and measuring just 57x60mm (2.24"x2.36"), the Olympus M.Zuiko Digital ED 30mm f/3.5 Macro is a truly small and lightweight lens that fits easily in the palm of your hand. Its 40° angle of view is only a few degrees tighter than that of a classic 50mm equivalent standard prime, meaning it can do double duty as a handy walkaround lens. 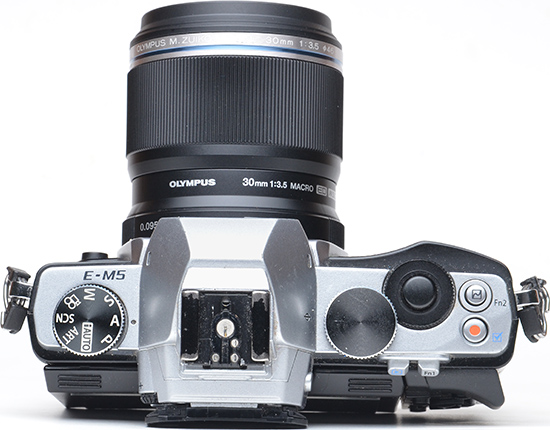 We tested this lens with the Olympus OM-D E-M5, and found that it balanced perfectly on that camera body. Build quality is decent, with the outer parts being mostly plastic. Unlike the more expensive  M.Zuiko Digital ED 60mm f/2.8 Macro, the 30mm lens does not feature a weather-resistant construction. The focus ring is wide and ribbed, with no hard or soft stops at either end of the focus range. Focusing is fully internal, meaning the lens barrel does not extend on focus. 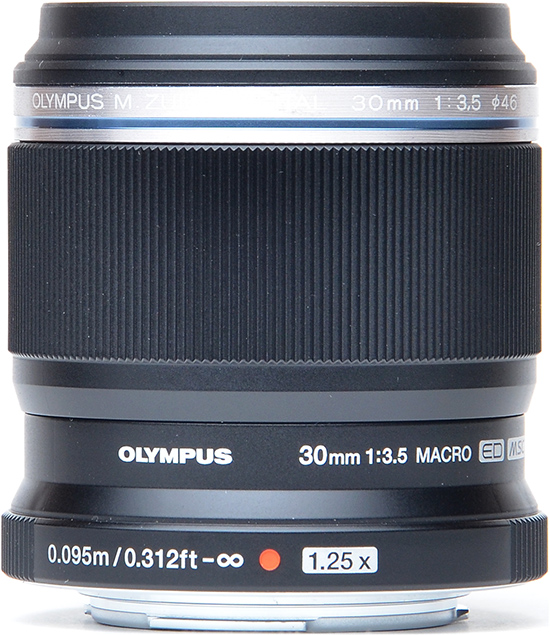 In terms of features, the lens is pretty sparse. It doesn't have a distance scale, magnification indicator or a focus limiter switch. Its main claim to fame is a maximum reproduction ratio of 1.25:1, which enables users to completely fill the frame with a subject that's actually smaller than the active image capturing area of a FourThirds sensor – provided you can get close enough. (On a 35mm full-frame camera, you would need a lens with a magnification of 2.5:1 to achieve a similar effect.) 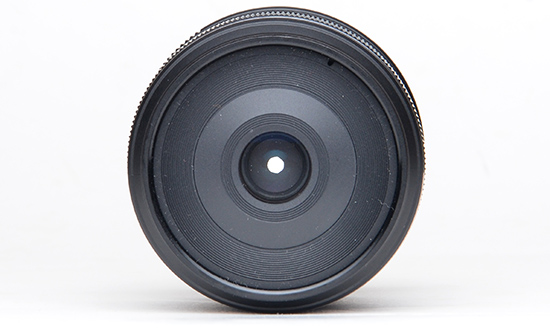 The Olympus M.Zuiko Digital ED 30mm f/3.5 Macro has a fairly small front lens element with a 46mm filter thread, which does not rotate on focus. 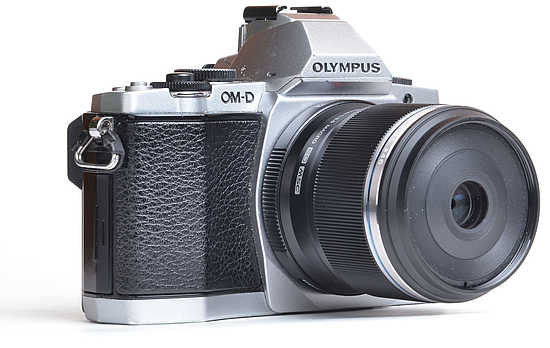 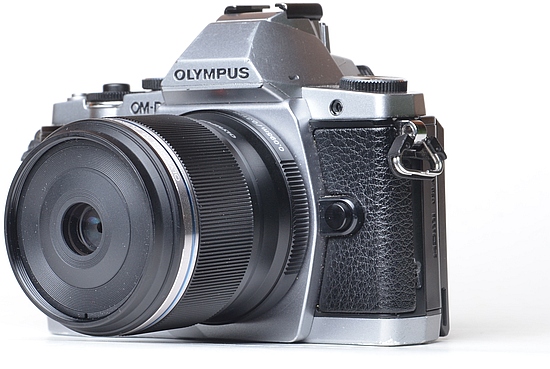 The Olympus M.Zuiko Digital ED 30mm f/3.5 Macro lens doesn't have a built-in image stabiliser. This won't really be a problem for users of Olympus' own compact system cameras, all of which boast a sensor-shift anti-shake mechanism, but Panasonic owners whose cameras lack in-body image stabilisation should be aware that this is a non-stabilised lens. 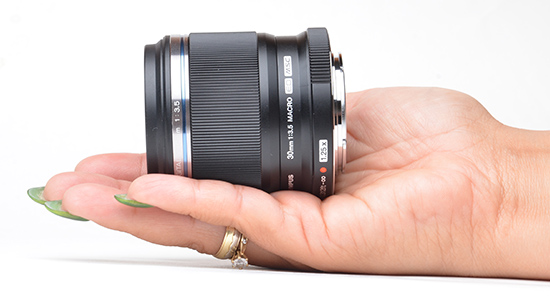 The lens comes with front and rear caps, but no lens hood or storage bag is included. 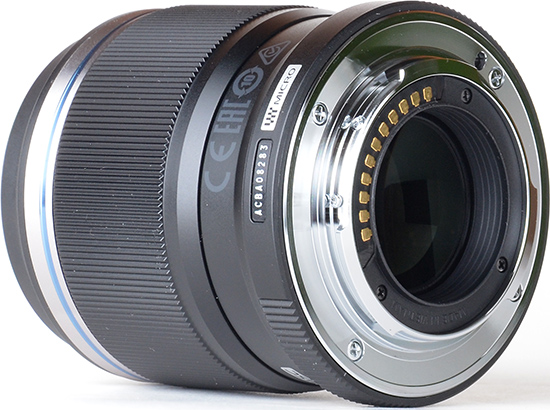 The lens mount is, thankfully, made of metal but it isn't sealed against dust and moisture. 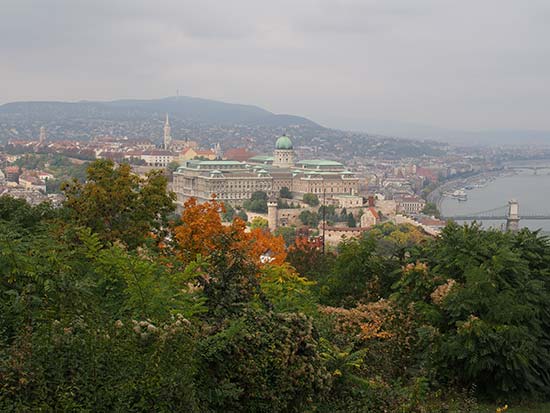 Field of view at 30mm

On the Olympus OM-D E-M5 body we used for this review, the M.Zuiko Digital ED 30mm f/3.5 focused quite quickly for a macro lens – and almost silently. Thanks to an internal focusing mechanism, the lens does not extend on focus. The 46mm filter thread does not rotate, which is good news for users of polarisers and graduated neutral density filters. The focus ring is not mechanically coupled to the moving lens elements, so expect to focus “by wire” even after switching to MF mode. The focus ring is generously sized given the overall dimensions of the lens. As mentioned above, the Olympus M.Zuiko Digital ED 30mm f/3.5 Macro lens does not have a focus limiter.

Lateral chromatic aberrations, typically seen as blue or purple fringes along contrasty edges, are very well controlled with this lens. The crops below give you an idea of what you should expect in a worst-case scenario.

Wide open at f/3.5, there's noticeable light fall-off in the corners, but this clears up quickly upon stopping down. 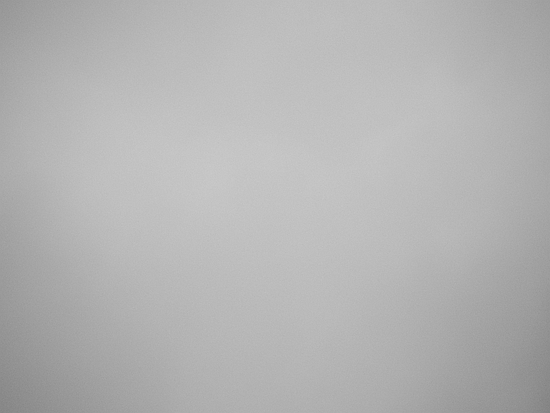 Ghosting and flare are the Achilles heel of this lens. With the sun in the frame, you can see all sorts of streaking and ghosts, along with a slight but noticeable loss of contrast. A well-designed lens hood would probably help a lot here, but unfortunately none is included. 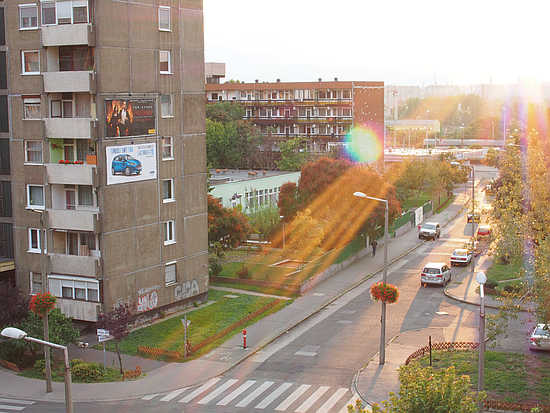 Geometric distortion is very low, with only a hint of pincushioning seen in the images. 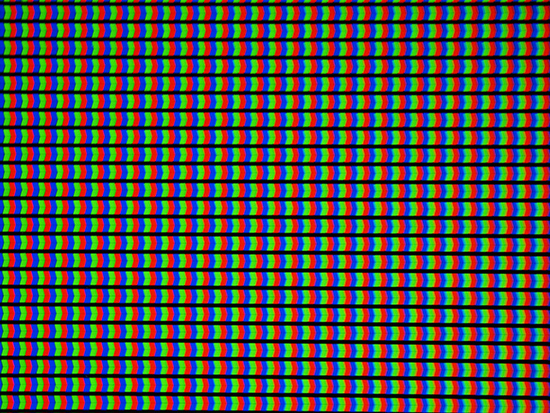 At its close-focus point of 9.5cm (3.7in) the lens offers a maximum reproduction ratio of 1.25:1. This means that you can fill the frame with a subject that measures just ~14x10mm, which is quite a bit smaller than the size of the sensor itself. However, this distance is measured from the sensor plane – the actual working distance, as measured from the front element, is about 1.5cm, which means that properly lighting your subject becomes difficult when working at maximum magnification (not to mention that insects and other small creatures tend to get scared away when you stick the lens that close to them). Therefore most of your macro shots are likely to be somewhere in the 1:4-1:2 range, with the exact reproduction ratio being difficult to check in the absence of a magnification scale. The photo below, which shows a close-up of a battered CompactFlash memory card, shows just how close you can get with a 1.25:1 macro lens on a Micro Four Thirds camera. 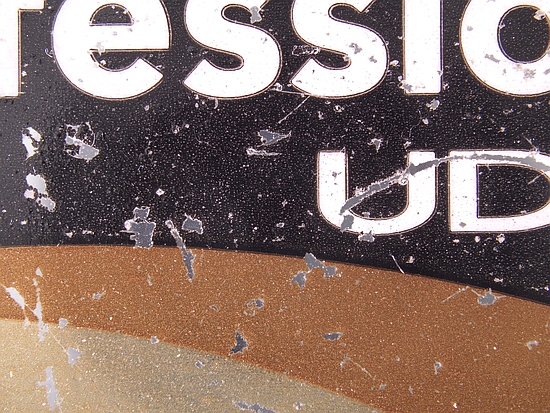 Bokeh is a word used for the out-of-focus areas of a photograph, and is usually described in qualitative terms, such as smooth / creamy / harsh etc. In the M.Zuiko Digital ED 30mm f/3.5 Macro lens, Olympus employed an iris diaphragm with seven rounded aperture blades, which has resulted in an okay-ish – but not outstanding –  bokeh, as you can see in the crops below.