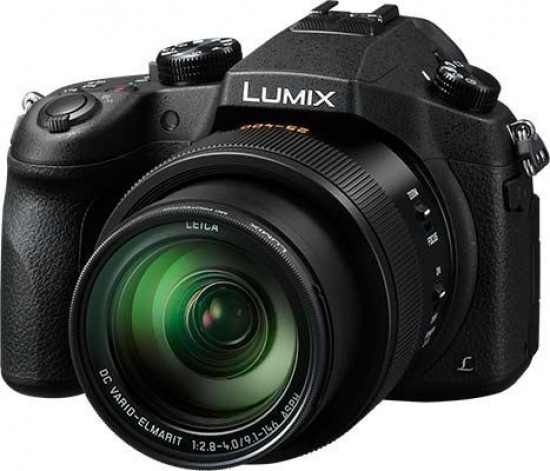 Bright and clear colours are the name of the game with any Panasonic camera and the FZ1000 doesn’t disappoint in that respect. Although occasionally images taken at the telephoto end of the zoom lost their razor sharpness we were still able to achieve perfectly acceptable results handheld, which is where this camera really triumphs. OK, so it’s not the longest lens reach on the planet in this age of 50x and 60x ‘super zoom’ bridge models, but the combination of lens, sensor and resolution feels harmonious and uncompromised. Detail is maintained into the corners of the frame at maximum wide-angle and without a noticeable fish eye effect, which is a further plus.

One odd thing though; we were disappointed to find that when shooting on the widest possible setting with the FZ1000 that, with the lens hood attached, we experienced a ‘vignetting’ effect due to us catching the extremities of the lens hood in shot – so that is something to be aware/beware of.

Rather more pleasingly we were impressed with results at the higher echelons of the FZ1000’s ISO sensitivity settings – and with the lens hood removed! Arguably shots right up until the maximum ISO12800 setting are usable in our opinion, even if detail is noticeably tailing off above ISO6400. Still a respectable showing that undoubtedly comes down to a bright/fast lens and a large-ish sensor not over-burdened with pixels. Although not top quality obviously, also usable is the still image that you’re able to extract from a 4K video feed. Wildlife photographers who want to capture an animal’s movement on video but be able to select a particular frame to produce a still now have the ability to do so, again without compromise. In all, the FZ1000 feels like the ‘go to’ camera.

There are 8 ISO settings available on the Panasonic Lumix DMC-FZ1000. Here are some 100% crops which show the noise levels for each ISO setting.

The Panasonic Lumix DMC-FZ1000's 16x zoom lens provides a focal length of 25-400mm in 35mm terms, as demonstrated below.

The Panasonic Lumix DMC-FZ1000 handled chromatic aberrations excellently during the review. There's some slight purple fringing between areas of high contrast, but it's only noticeable on close inspection, as shown in the examples below.

The Panasonic Lumix DMC-FZ1000 offers a Macro setting that allows you to focus on a subject that is 3cm away from the camera when the lens is set to wide-angle. The first image shows how close you can get to the subject (in this case a compact flash card). The second image is a 100% crop.

The Panasonic Lumix DMC-FZ1000's maximum shutter speed is 120 seconds in the Bulb shooting mode, which is great news if you're seriously interested in night photography. The shot below was taken using a shutter speed of 1/4 second at ISO 1600.