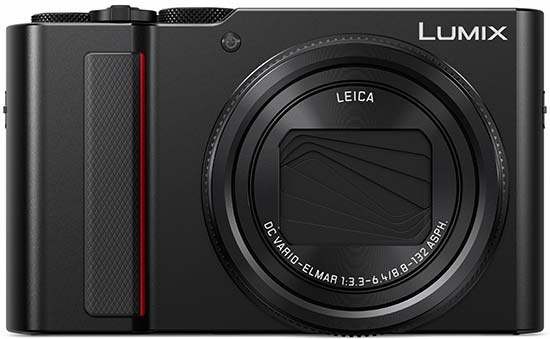 Panasonic updates its premium travel-zoom compact camera, the Lumix TZ100, with the launch of the Panasonic Lumix TZ200. However, the TZ100 will not be phased out and the two cameras will be available simultaneously.

We’ve had our hands on a pre-production version ahead of its launch. At this stage we cannot comment on image quality or handling from our brief time with the camera. We will be sure to share our full review soon, once we’ve had enough time with a final version.

This article details the new features of the TZ200. So how does the TZ200 compare to the TZ100? Let’s take a look at what’s new.

The Panasonic Lumix TZ200 retails at £729 and shipping is scheduled for 12th march 2018. Those that preorder the camera will get a free leather case with it.

Panasonic will continue to sell the TZ100 alongside the new TZ200, with the newer camera the more expensive of the two. 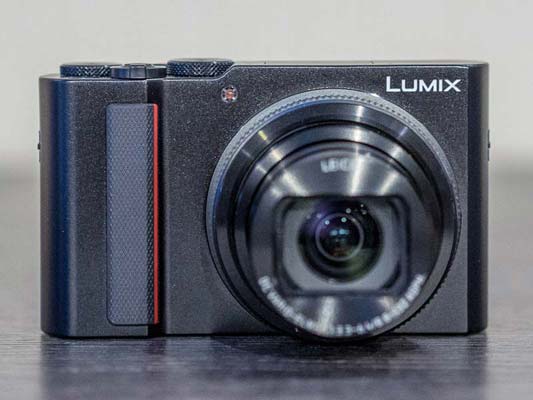 Panasonic Lumix TZ200: At a Glance 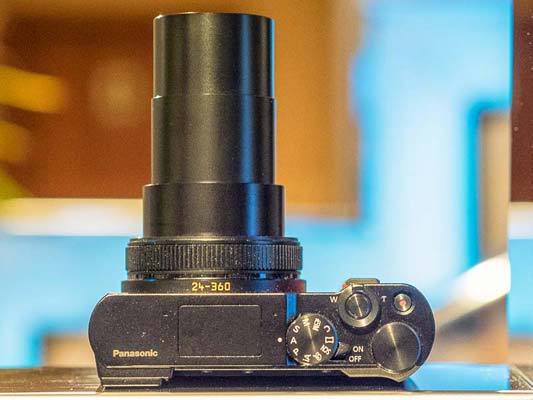 Still, it’s quite the feat to cram in such a wide ranging zoom lens into such a small camera - virtually the same size as the TZ100. More impressive is that its couple with a larger 1in imaging sensor. Those interested in the Sony Cyber-Shot RX100 series - which also feature a 20.1MP 1in sensor - but are put off by the more limited focal range, will do well to consider the TZ200.

We haven’t had the chance to check image quality yet, but will be particularly interested to see how sharp images are when using the telephoto settings up to 360mm.

The minimum focus distance of the lens is impressive, focusing down to 3cm when at the widest focal length. You also get the control ring on the lens, through which changes to camera settings like aperture can be made. 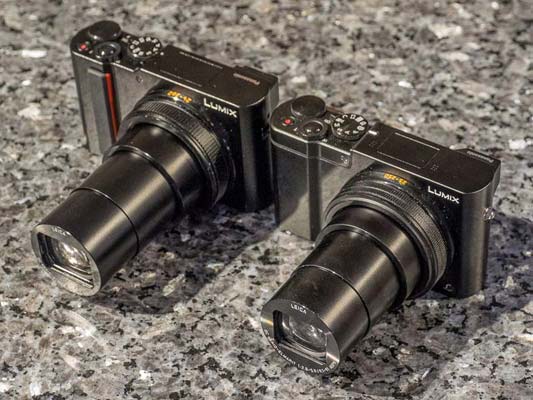 You’ve still got the 20.1MP 1in sensor, so image quality will largely be the same as in the TZ100. Burst shooting remains the same too, with up to 10fps in single AF and 6fps with continuous AF.

As we would expect from Panasonic, the TZ200 video specification impresses. Like in the TZ100, you get 4K videos up to 30fps in MP4 format, plus a 4K Photo mode where still images can be taken from that 30fps video footage.

What’s new in 4K photo mode is an auto marking feature, where the camera marks key frames within these large 30fps photo sequences, to save you the time of trawling through them all to find the key frame. We look forward to testing that out properly. 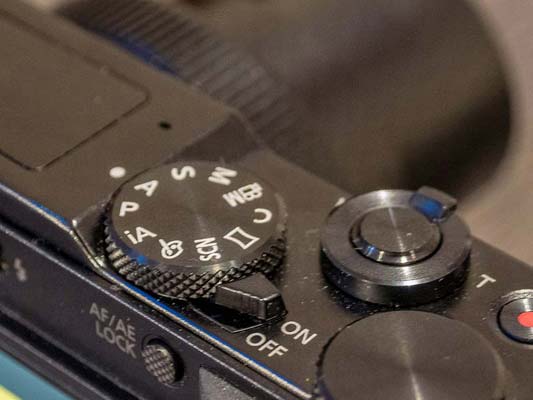 Images can be viewed on the 2.33-million-dot LVF which has a 0.53x magnification, which is respectable for such a small camera. It’s quite the step up from the TZ100 too, whose viewfinder felt a little small.

There is also the 3in 1.24-million-dot touchscreen, through which focusing and shutter can be activated by touch. The resolution in this screen is slightly higher than before.

Panasonic informed us that the TZ200 is the only compact camera in its range that features Wi-Fi and Bluetooth wireless connection. You can now remotely control and share images using a smart device via the Panasonic Image App through an always-on Bluetooth connection.

Other new features include the low light/ starlight mode, where the display brightness is boosted in order to view the scene when all around is dark. L Monochrome Photo Style features here, though not the new Grain Effects as found in the new GX9. 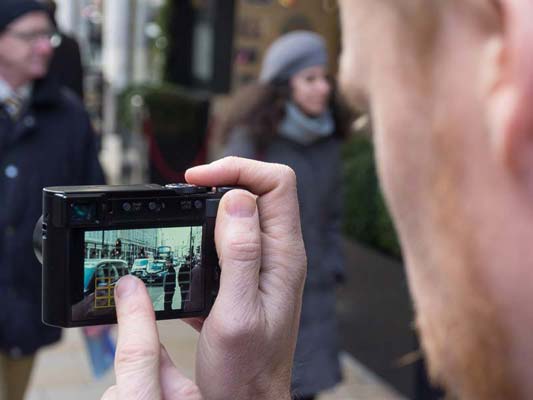 That’s a lot of features all crammed into a redesigned body that the Panasonic spokesperson seemed particularly psyched about during his presentation to us about the camera. A new textured strip on the front of the body provides a little extra grip.

Battery life has been improved too, up from 300-shots to 370-shots when using the LCD screen.

All in all, the key differences in the two cameras are mainly in the handling of the camera - you can largely expect a similar image quality for photos and videos.

We’re looking forward to really putting this tiny powerhouse of a camera through its paces, so keep an eye out for our full review.