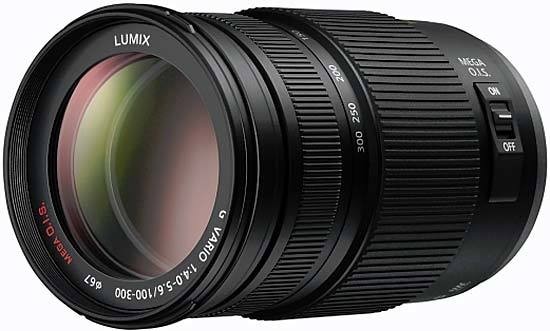 While this lens is obviously not in the same class as the primes and high-grade zooms that we have reviewed so far, it is actually pretty amazing for a superzoom. For starters, it's surprisingly small and lightweight for what it is, and this is no mean feat even if it does extend considerably when zoomed in. The lens also earns our admiration for fast focusing on the equally new DMC-GH2, even at the 600mm equivalent end of the zoom range in low-light conditions. This is equally true for moving subjects too, making this lens well-suited to sports and wildlife photography.

The main issue that we ran into from a handling point of view was using this lens with the GH2, which would only set a fastest shutter speed of 1/500th in Aperture Priority mode, even when the lens was set to 500mm or more. This resulted in quite a lot of soft shots despite the optical image stabilizer, so make sure to use Shutter Priority and a high shutter speed to keep things sharp. The use of a sturdy tripod is also strongly recommended where possible.

Optically, the lens isn't a top performer, but it's perfectly acceptable and actually better than we expected. At most focal lengths, you can safely use it wide open or stopped down by one f-stop. Distortions are automatically corrected on both Olympus and Panasonic bodies and chromatic aberrations are remarkably well controlled for such a big zoom. Despite the limiting maximum apertures of F4.0-5.6, it's still possible to easily throw the background out-of-focus and get some nice bokeh effects.

The LUMIX G VARIO 100-300mm F4.0-5.6 MEGA O.I.S. is a solid addition to Panasonic's range of Micro Four Thirds lenses. Best suited to a DSLR-shaped body with a handgrip like the DMC-GH series, rather than the smaller GF cameras, it provides a super telelphoto zoom capable of good image quality in a relatively tiny package, building on one of the core strengths of the Micro Four Thirds system, at a price that won't break the bank.