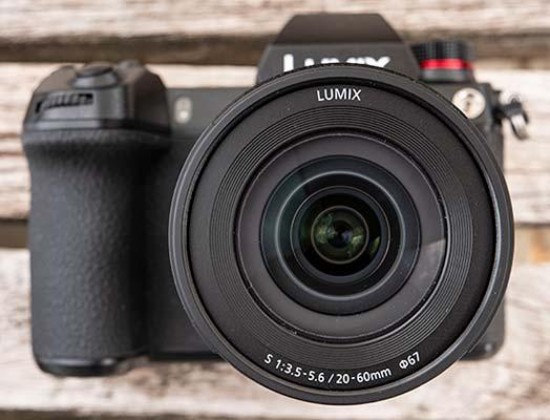 For this test, the Panasonic Lumix S 20-60mm f/3.5-5.6 lens was attached to a Panasonic S1R body, which was in turn mounted to a sturdy tripod. Exposure delay mode was activated and image stabilisation turned off. Tonal and colour variance across the crops are due to change in natural light during the session.

The full frame at 28mm

At 28mm, the maximum aperture is f/4. In these test images we can see that detail is sharp over the entire aperture range, save for f/22 where the effect of diffraction (an overall softness) is seen and to a lesser extent at f/16. We have to say though, that even at f/22 the overall softness is only really visible when really scrutinising a picture. There is an ever-so-slight softness at the maximum f/4 aperture, but again you have to strain to see it.

Again, centre sharpness is maintained all the way to the very corners of the picture when a shallow depth of field is not a factor. Our hyper critical observations would again confirm that the sweet spot of the lens at 28mm is between f/5.6 and up to f/11, but we would have no hesitation to use this lens even at its maximum aperture if sharpness is the main concern, albeit there is slight vignetting.

Truly though, we have been surprised by just how sharp this lens is. It's not critically sharp in the same way as lenses three times the price, but it is very sharp indeed!