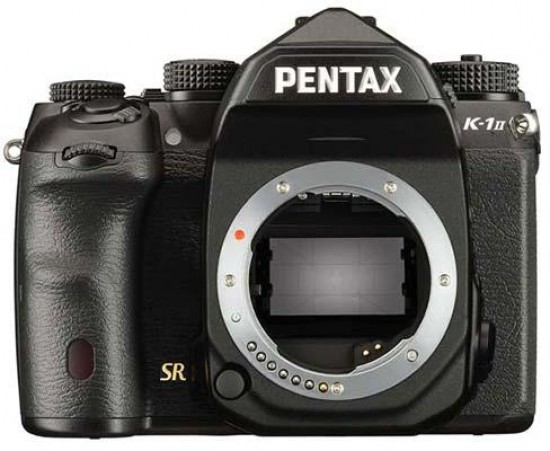 All of the sample images in this review were taken using the 36 megapixel Best JPEG setting, which gives an average image size of around 12Mb.

The Pentax K-1 Mark II produced photos of excellent quality. Noise is well controlled by the Pentax K-1 Mark II throughout the expanded range of 100-819200, first starting to appear at ISO 3200 and becoming more easily detectable at the faster settings of ISO 6400-25600 when viewing images at 100% magnification on screen (particularly in the RAW files). The fastest settings of 51200-819200 look much better on paper than in reality. Colour saturation is commendably maintained throughout the ISO range.

Pixel Shift Resolution is an effective technology that creates bigger files, finer detail and generates more accurate colours, even if the subject moves or the camera shakes slightly. The new Handheld mode does what its name suggests and allows you to create high-resolution images without having to use a tripod, although at the expense of less detail and more colour artifacts than using the tripod modes.

Image stabilisation via the camera body is a great feature that works very well when hand-holding the camera in low-light conditions or when using the telephoto end of the zoom range. An added bonus is that it works with any lens that you attach to the K-1 Mark II. The night photograph was excellent, with the maximum shutter speed of 30 seconds and Bulb mode allowing you to capture enough light in all situations.

The multi exposure mode combines between two and 2,000 different JPEG or RAW images into a single photo, while the anti-aliasing simulator helps to reduce moire without the need for an actual optical filter.

There are 14 ISO settings available on the Pentax K-1 Mark II. Here are some 100% crops which show the noise levels for each ISO setting, with JPEG on the left and the RAW equivalent on the right:

The in-body SR (shake reduction) mechanism is used to move the image sensor unit by a single pixel pitch at a time to capture four shots (the use of a tripod is strongly recommended). Pixel Shift Resolution merges those shots into a single image to generate an ultra high-definition image. This method differs from the traditional Bayer method, which acquires only a single element of color information for single pixel, by acquiring all RGB color information for individual pixel. This difference makes it excellent for detail and color reproduction, creating super high-definition images. This also prevents false colors from occurring theoretically, and also has a high-sensitivity noise reduction effect when compared to normal shooting.

The Pentax K-1 Mark II has 3 different JPEG file quality settings available, with Best being the highest quality option, and it also supports RAW (Pentax's PEF format and Adobe DNG). Here are some 100% crops which show the quality of the various options, with the file size shown in brackets.

The Pentax K-1 Mark II lets you dial in shutter speeds of up to 30 seconds and has a Bulb mode as well, which is very good news if you are seriously interested in night photography. The shot below was taken using a shutter speed of 30 seconds at ISO 100.

Rather than an optical anti-aliasing filter in the camera, the K-1 has an anti-aliasing simulator instead, which can be turned off (default setting) or on to either the Type1 or Type2 setting.

The Pentax K-1 Mark II's HDR Capture option takes three images with different exposures, and then records a single image that combines the properly exposed parts of each one, expanding its dynamic range. Here is an example which was shot with the five different modes (Off, 1, 2, 3 and Advanced). Although the K-1 can microalign images before combining them, allowing hand-held HDR shots to be taken, for best results it's important to always use a tripod to prevent camera shake from blurring the HDR image, and it doesn't work very well for moving subjects.

Pentax's Custom Images, similar to Nikon's Picture Styles and Canon's Picture Controls, are preset combinations of different sharpness, contrast, saturation and colour tone settings. You can change the saturation, hue, high/low key, contrast and sharpness for each of the seven options. They are shown below in the following series, which demonstrates the differences.

The Pentax K-1 Mark II offers nine different Digital Filters, which allow you to quickly apply an artistic effect to a photo before taking it (JPEG images only). They are shown below in the following series, which demonstrates the differences. Note that applying the Digital Filters slows the camera down somewhat, as it has to process the image for a few seconds after it's taken.

The Pentax K-1 Mark II has a fantastic multi-exposure mode that allows you to combine between two and 2,000 (!) different JPEG or RAW images into a single photo. Here is an example.