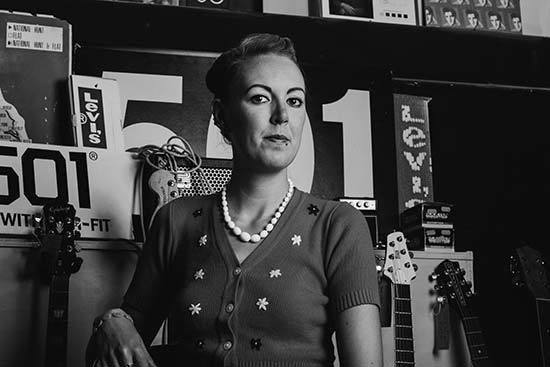 Ever since the death of film as the dominant recording medium for photographers, software companies have been feeding on our nostalgia by serving up film emulation programs. Replichrome from Totally Rad is one such program. However, they boast fully accurate film emulation with Noritsu and Fujifilm Frontier film scanner compensation. Looking to directly compete with VSCO, in this review we'll see if it can measure up. Replichrome costs $99.

Installation is an easy enough affair, which is a good job as the Totally Rad website doesn't offer any help with it. Saying that, if you're installing it into Lightroom then it's probable that you know your way around an installation process.

There are a number of film emulation programs around such as Film Stocks and VSCO, the latter being the one that Replichrome has set in its sights as the program to beat. The interesting part of the story is the lengths that Replichrome have gone to in order to recreate the most loved film types. After getting hold of as many film types as they possibly could, they took test pictures with it in as many different lighting situations as they could and on as many cameras as they could. 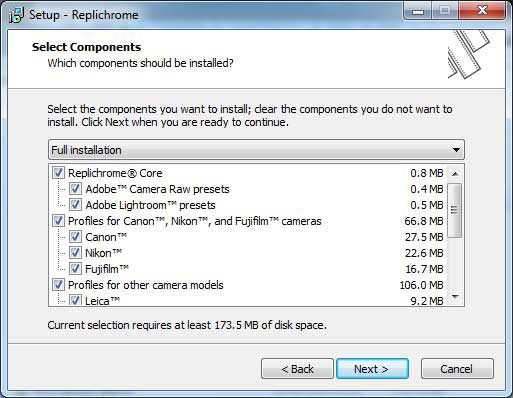 Now here's the interesting bit. Totally Rad realised that using one scanner would produce a certain result. But different scanners produce very different results, so they used both a Fujifilm Frontier and Noritsu scanner. That way not only can you select a type of film, but also how it's been scanned into the system.

Of course, it has its margin of error. There's simply no way that a film emulation system can replicate every single temperature of light, especially with ambient light. However, on paper, it looks as though Replichrome could smash any other film emulation software program out of the water. 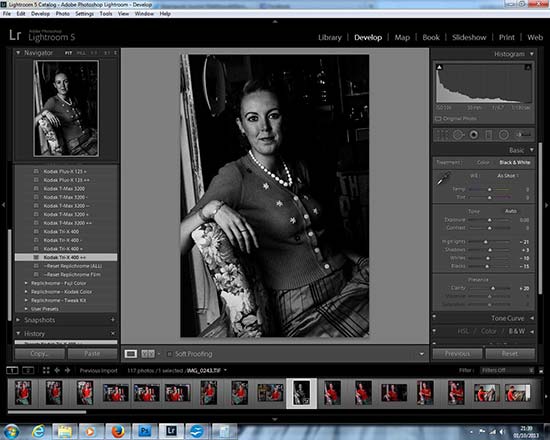 All of the presets are pre-loaded into Lightroom once you've installed the program. You can find them in the drop-down box to the left of the main window when you click on Develop. The filters are split into four sections dedicated to Black & White, Fuji colour, Kodak colour and a Tweak kit.

Interestingly, Totally Rad say that they got hold of as much popular film as they could. However, they don't have any Ilford or Agfa film. It's only Fujifilm or Kodak. The changes are fast and there are noticeable differences – especially in the scanner options.

There are suffixes to a number of the options including + & - signs. They indicate that the filters will simulate under or over exposure.