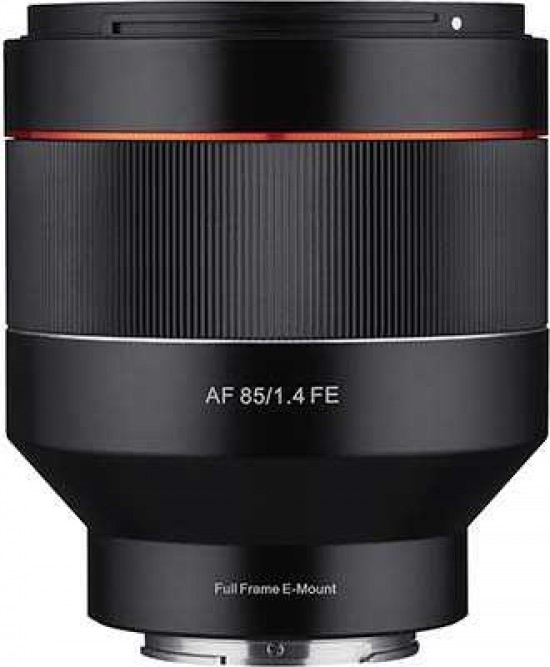 Sharpness is acceptable when shooting wide-open at f/1.4, very good at f/2 and outstanding from f/2.8 onwards, although the edges aren't quite as sharp as the centre, with f/2.8-f/11 producing the sharpest results.

As with the Samyang AF 50mm f/1.4 and 35mm f/1.4 lenses that we've tested previously, there is some evidence of chromatic aberrations plus vignetting at wide-open apertures, although admittedly that's something that other fast lenses also suffer from.

The build quality is once again excellent, with the metal lens mount and housing adding to the high-quality feel, Samyang have also included a very good lens hood, and weather-sealing is the icing on the cake.

Auto-focusing was acceptably quick on the Sony Alpha A7 III that we tested the lens with, and the AF mechanism is pretty quiet too, making it well-suited for video use.

The asking price of the Samyang AF 85mm f/1.4 FE is certainly very competitive given the cost of its main rivals, especially when you consider that the Samyang's image quality is really not that far behind the Sony equivalent. If you don't need the f/1.4 maximum aperture, then the Sony FE 85mm F1.8 is a very close competitor, but that's kind of missing the main point of the faster Samyang AF 85mm f/1.4 FE...